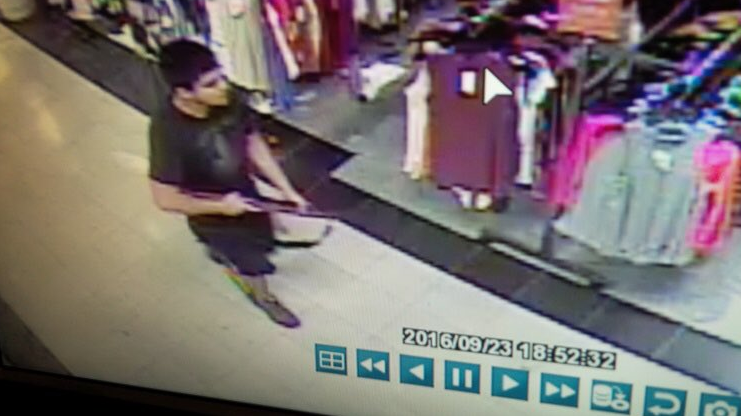 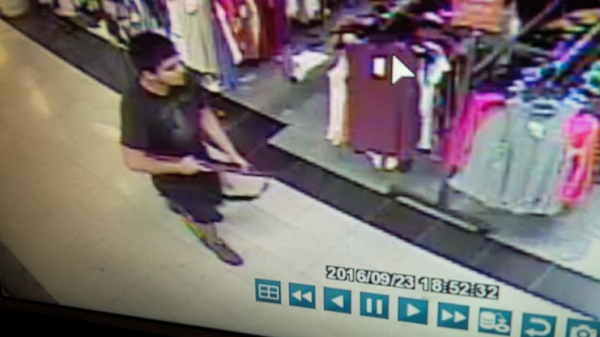 The Muslim targeted women -uncovered women — in Macy*s, in the cosmetic department and he was shouting. They don’t tell us what he was shouting but we already know, don’t we? He killed four women and one man. Take bets the enemedia blames:

The Muslim was found and taken into custody Saturday night at about 6:30 p.m. after a deadly shooting in a Washington state mall. Authorities say “the motive for the slaying is unknown.” Unknown to the blind, deaf and dumb.

Just as the NYC/NJ bomber was identified as ‘Hispanic’ before his identity was known, the Cascade jihad gunman was also identified at “Hispanic.’ This is how cowed and bowed our law enforcement and enemedia is. Look at the extraordinary lengths they go to to protect, scrub and work in the service of Islam.

Let’s review this past week alone: Muslim meat cleavers NYPD cops, a devout Muslim goes on a knife rampage at a St. Cloud mall, a devout Muslim in New York (working with how many others remains to be seen) plants 11 bombs in New York City and New Jersey. And a Muslim pleaded guilty to a plot to behead me.

Now this. They’ll say he was mad at his girlfriend, mentally unstable, lone wolfing — I am sick of it. It’s jihad.

A man suspected of killing 5 people at a Burlington mall Friday night has been arrested after a close to 24-hour manhunt.

Law enforcement sources tell KOMO 4 that the suspect’s name is Arcan Cetin. Centin is 20 years old and has no criminal history in Washington. (KOMO)

The man accused of killing five people inside a Washington state shopping mall has been named as Arcan Cetin. Around 7 p.m. September 23, a gunman opened fire inside a Macy’s store at the Cascade Mall in Burlington, Washington. Police describe the shooter as “darker complected” with his age estimated in the “late teens or early 20s.” The shooter fled the scene before police arrived and remains at large amid a massive manhunt. The fatal victims have been described as four females — ranking in age from a teenager to a “senior” — and one male. Their exact ages have not been released.

At a press conference Saturday morning, Lt. Chris Cammock of the Mount Vernon police said security footage captured the suspect, at first entering the mall unarmed and later entering the Macy’s store with a weapon, and police will release additional images to the public. Police said they recovered a rifle at the scene but would not disclose additional details of the weapon.

Here’s what we know so far:

1. It Was Reported That the Gunman Made Contact With Police While They Were Searching for Him

Police also released this surveillance photo of the man. One eyewitness, Joe Zavala, spoke to King 5 news. He said he was sitting outside the Macy’s store when he heard about eight or nine gunshots break out. “Then I saw a man pointing a gun and shooting people,” Zavala said to the news station. “And then I got up to look a little closer and he saw me, pointed the gun, and I took off running.” He said he saw victims – including two elderly women – lying on the floor. (Washington State Patrol)

KIRO’s Gary Horcher reported during the search that someone identifying himself as the shooter has contacted police. The shooting began just after 7 p.m. inside one of the Macy’s stores in the mall, reports KOMO. The store’s directory indicates that there are two Macy’s stores in the mall. KIRO’s Maria Guerrero reports that the shooting didn’t take place at the Macy’s home store.

The female victims were shot dead at Macy’s make-up desk. Authorities say that the suspect cased the area before going back out to get a gun. KING 5’s Chris Ingalls reports that the weapon is thought to have been a .22 caliber hunting rifle.

2. The Gunman Allegedly Called Out a Woman’s Name Before Opening Fire

Washington State Patrol Sgt. Mark Francis told the media that he couldn’t comment on reports that the gunman had called out a woman’s name before opening fire, according to Q13 Fox. The gunman was armed with what appeared to be a hunting rifle.

3. One of the Victims Has Been Named as a 16-Year-Old Cancer Survivor

The Seattle Times reports that one of the victims has been named as 16-year-old cancer survivor Sarai Lara. She was a student at Mount Vernon High School.

Another of the victims has preliminarily been named as 52-year-old Shayla Martin who worked at the make-up desk in the Macy’s store.

4. The FBI Says No Additional Attacks Are Expected in the Area

In a tweet, the FBI’s Seattle office said they are assisting the investigation and that they have no information “to suggest additional attacks.” ATF officials are also aiding the Washington State Patrol in the search for answers.

Tragedy has struck in Washington tonight. Our hearts are in Burlington where a shooter has taken the lives of at least four people.

Many questions remain but our state patrol and local law enforcement are on the scene working swiftly to locate the shooter and clear the area.
Trudi and I send our condolences to the families of the victims and prayers for anyone injured. We urge residents to heed all safety and detour warnings.

Stay close to your friends and loved ones as we await more information and, hopefully, news of the suspect’s capture.

While Burlington Mayor Steve Sexton said, “I know our main support goes with them to help them the long arm of the law to bring the son of a bitch to justice who did this to our community.”

5. This Is the Sixth Mass Shooting in Washington in 2016

According to the Gun Violence Archive, this is the sixth mass shooting — meaning an incident with at least four victims — in 2016 in Washington. The last was in July 2016 when Allen Ivanov was accused of shooting three people dead at a college party in the town of Mukilteo.

Authorities say that Ivanov, 19, fled the scene of the shooting in Mukilteo, about 25 miles north of Seattle. He was arrested more than 100 miles away in Lewis County. There were around 20 people in the home at the time of the attack.

Ivanov had just broken up with one of the victims in the shooting, according to Susan Gemmer, the grandmother to one of the attendees of the party, who was speaking to Q13 Fox. The station reports that Ivanov is thought to have shot two people at a fire pit in the backyard before going into the home to continue shooting. Ted Land with KING5 reports that the suspect had been on the roof firing at people as they tried to flee.

Other departments, including the Snohomish County Sheriff’s Office and the Washington State Patrol, are assisting the Mukilteo Police Department with the investigation, reports KIRO. When asked about a motive, Travis said, “We’re gathering all our evidence to determine how it happened, why it occurred,” Travis said. “Anytime you have such a massive crime scene (and) significant witnesses, there’s a lot of evidence to examine.”