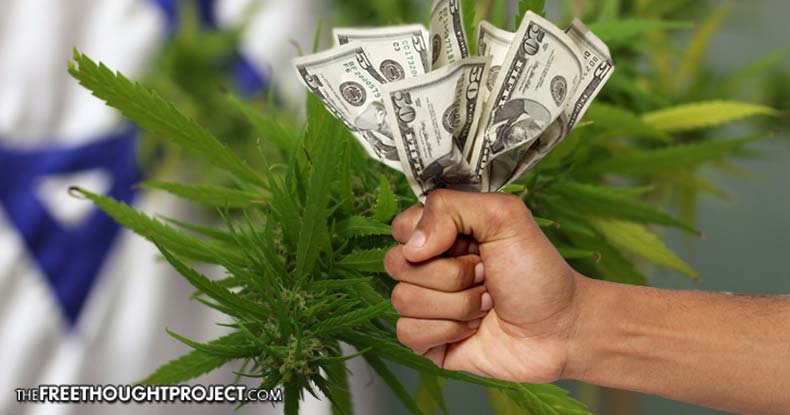 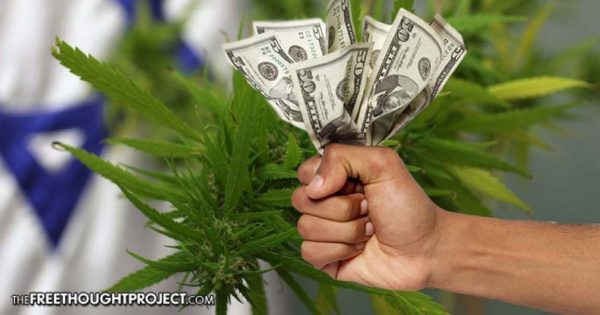 As many Americans approach November 4 with a sense of dread, facing the fact that either Donald Trump or Hillary Clinton will be the next president, much more hopeful things will be going on that day. Residents in at least nine states will be voting on ballot initiatives to legalize recreational or medical cannabis use.

Considering the tide of public opinion in favor of legalization, we can expect that most, if not all, of these states will vote for freedom and access to a wondrous medicinal plant. Even the power of Big Pharma, which is pouring money into campaigns to derail legalization efforts since medical cannabis threatens their profits, might be no match for the mass awakening.

For the most part it’s up to the states to lead the way, since federal government appears to be firmly stuck in prohibition. The DEA, which preys on the populace through the drug war, just reaffirmed its commitment to lunacy by keeping cannabis as a Schedule 1 drug with “no currently accepted medical use.” This policy, having no basis in reality, guides the federal government’s attitude.

We could go on about the mountains of scientific evidence that have come out on the medical benefits of cannabis and its extracts, or the fact that the American Epilepsy Society considers CBD oil to have the greatest potential for treating epileptic seizures, or the fact that many veterans with PTSD find cannabis to be the only effective treatment, and so on.

While the feds were throwing people in cages for weed possession in its escalation of the war on drugs — based on false pretenses, racism and suppression of the antiwar movement — another part of the government was funding medical cannabis research the entire time.

For 50 years, the U.S. National institutes of Health (NIH) has been funding an Israeli cannabis researcher. Raphael Mechoulam, now 84, was the first person to isolate the structure of both tetrahydrocannabinol (THC) and cannabidiol (CBD), and was the first to test the medicinal properties of THC. 30 years later, Mechoulam and his team discovered that THC triggered what they called the endocannabinoid system.

This revolutionary figure in cannabis research was receiving $100,000 a year from the NIH, while drug agencies and police across the U.S. wrecked countless lives and seized billions from innocent people.

“It started in 1963, when Mechoulam applied for NIH funding and was told that cannabis research wasn’t of interest to the agency because marijuana wasn’t an “American problem,” recalls Mechoulam. “They told me to let them know when I have something more relevant to the U.S.” A year later, Mechoulam received another call from the same official. A U.S. senator, whose name the official withheld from Mechoulam, had caught his son smoking weed. The senator had asked the NIH what effect the drug might have on his son’s brain. To the embarrassment of America’s top public health agency, no one could answer the question; there was no research on file. The NIH official asked Mechoulam if he was still working on cannabis. For the next 45 years, the NIH gave Mechoulam’s team approximately $100,000 per year to study, for example, how cannabinoids can lower human resistance to antibiotics.”

Even if the motivations for funding were asinine, the fact is the U.S. government funded the discovery of the active compounds in cannabis and some of their first medical applications. Instead of acknowledging these advancements and using them to guide lawmaking, the U.S. continues insisting to this day that cannabis has no medical value.

It boggles the mind how the feds can cling to this position, considering not only the revelations of Mechoulam but also the fact that cannabis had already become a routine part of medicine prior to prohibition. For thousands of years humans knew that cannabis was medicine.

“Marijuana was an integral part of American medicine for more than 100 years, from the 1830s through the 1940s, and it was used safely and effectively for all of that time,” says Dr. Alan Shackelford, a Harvard-trained physician who prescribes medical marijuana in Colorado.

Thanks to the discoveries of Mechoulam and those who stood on his shoulders, “thousands of children around the world receive THC drops to cope with cancer and epilepsy.”

Innumerable others who use cannabis to ease the symptoms of a variety of conditions – such as Crohn’s disease, multiple sclerosis, arthritis and chronic pain – can thank Mechoulam for his pioneering work. The NIH seems to have learned much since its first foray into medical cannabis with Mechoulam, publishing a study finding that “the endocannabinoid system is involved in essentially every human disease.”

The breakthrough studies of the endocannabinoid system are made possible by Mechoulam.

“In 1992, Mechoulam and his team at Jerusalem’s Hebrew University made another groundbreaking discovery. Nearly 30 years after discovering that THC was responsible for the marijuana high, scientists still didn’t know exactly how the plant made the human mind and body react that way. Mechoulam and his team found the answer: THC triggered what they called the endocannabinoid system, which they figured out was the largest receptor system in the human body. Mechoulam’s team also determined that the human brain produces its own cannabinoids—two compounds that stimulate this receptor system almost exactly as THC does. They named one molecule 2AG and the other “anandamide,” after the Sanskrit word ananda, which means “bliss.” Mechoulam and other influential researchers believe that these compounds could alleviate dozens of diseases and ailments, including schizophrenia, diabetes, cancer, eating disorders, brain injuries and neurodegenerative diseases, such as Parkinson’s, Alzheimer’s and multiple sclerosis…”

“We wouldn’t have the scientific interest we have now around the world without the discovery,” says Paul Armentano, deputy director of the National Organization for the Reform of Marijuana Laws, an American nonprofit. “That really opened the door to making the study of cannabis and cannabinoids a legitimate avenue.” Since 1992, says Mechoulam, the formerly skeptical attitude of the medical community toward cannabis has changed completely. His research on anandamide, for example, has been cited in respected scientific journals some 4,000 times.”

While the U.S. government flounders in ignorance, Israel is one of the few countries leading the way in medical cannabis research, and even has a government-sponsored cannabis program. Israel is dubbed the United States’ “unofficial offshore medical marijuana research center,” with U.S.-based companies setting up research and clinical trials in Israel because “it’s essentially impossible to do it in the U.S.”