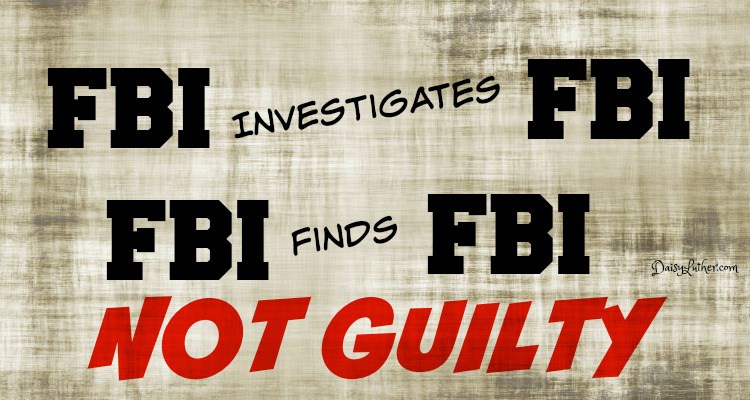 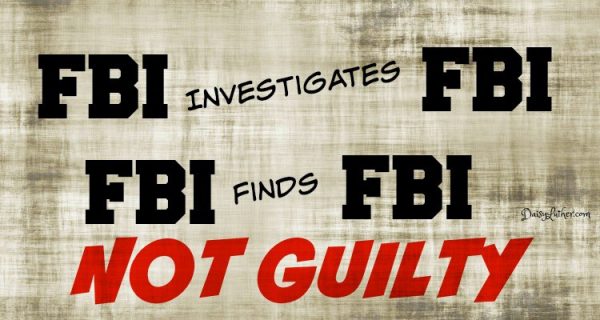 In a clearcut case of the fox investigating a breach into the henhouse, the FBI has reviewed their own use of deception and deemed it perfectly fine. Sometimes you’d swear they’re just making fun of us.

Operation Mockingbird gives the FBI the green light to go ahead and impersonate journalists in an attempt to gather evidence in undercover operations. While this could seem minor, it’s just another shove down the slippery slope to a totalitarian state and another nail in the coffin of due process.

This is obviously going to cause trust issues with people that were once willing to talk to the media, mainstream or alternative, something the Department of Justice itself points out in its review of Operation Mockingbird. What a subtle way to discourage whistleblowers from telling the truth about any issue that implicates the government or law enforcement.

This all stems from 2007 when a member of the FBI impersonated an AP journalist. A Seattle student sent out a series of bomb threats by email but the police couldn’t trace the threats back to him as he was using proxy servers so local law enforcement requested help from the FBI.

The cyber crime task force identified the source and contacted the kid via email. In the email, there was a link to a fake news site that resembled the Seattle Times. The FBI agent was posing as an editor for the Associated Press.

The ruse came to light four years later in 2011 after a Freedom of Information request by the Electronic Frontier Foundation led to an American Civil Liberties Union worker discovering the information completely by chance.

The FBI have stuck to the same lame line from day one: they did nothing wrong. James Comey, Director of the FBI and friend to Hillary Clinton,  stated, “We do use deception at times to catch crooks, but we are acting responsibly and legally.” (source)

He even sent a letter to the New York Times outlining why he felt that the FBI was acting lawfully. You can read it in full here.

Speaking against the finding, AP said:

“The Associated Press is deeply disappointed by the Inspector General’s findings, which effectively condone the FBI’s impersonation of an AP journalist in 2007. Such action compromises the ability of a free press to gather the news safely and effectively and raises serious constitutional concerns.” (source)

The review concludes that the impersonation of journalists by the FBI is acceptable and page 23 lays it out quite clearly:

“We believe the new interim policy on undercover activities that involve FBI employees posing as members of the news media is a significant improvement to FBI policies that existed.”

Where will this stop?

That journalistic integrity (such as it is) and trust will be perceived differently by the public from this point on is bad enough, but it could get far, far worse. Go with me on a little mental journey here, because we all know if we give an inch, law enforcement and the government take a mile.

What happens when the FBI decides it’s okay to impersonate a doctor in order to be right there in the hospital in case a suspect says something of note?

Maybe we should accept an agent impersonating a trainee midwife so they can be present when a suspect’s baby is getting delivered. You never know when something important might be said between contractions.

What if they decide to impersonate a counselor or mental health professional?

What if they go into the confessional and impersonate a priest?

Sure, it sounds extreme, but once a ruling is passed, a second ruling becomes easier and before you know it, we’ll have a whole lot more than constantly being surveilled on cameras to worry about.

Before you tell me, “It’s for our own safety” or “If you aren’t doing anything wrong, you don’t have anything to worry about” take a moment to consider two quotes credited to Cardinal Richelieu in the 1600s.

We may employ artifice to deceive a rival, anything against our enemies.

If you give me six lines written by the hand of the most honest of men, I will find something in them which will hang him.

Is that really okay with you? Is that the kind of world you want to live in?  Innocent people are entrapped, and the protection of the Constitution becomes null and void.

When law enforcement is unfettered by rules and standards, you end up with the type of corruption that results in cities being burned to the ground in retaliation.

It’s a slippery slope, and we’re already 3/4 of the way down it.