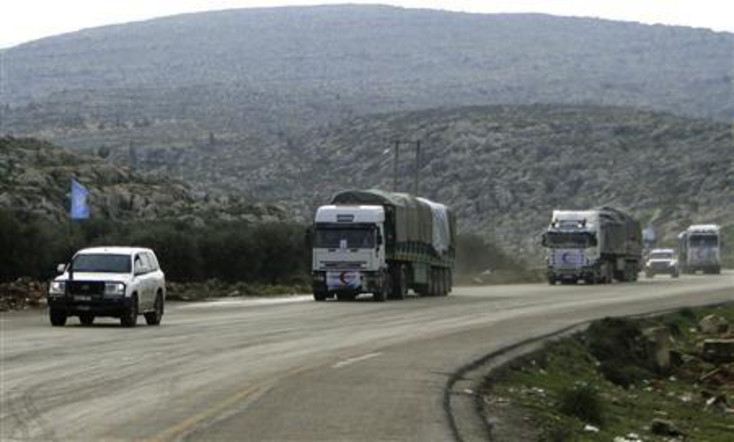 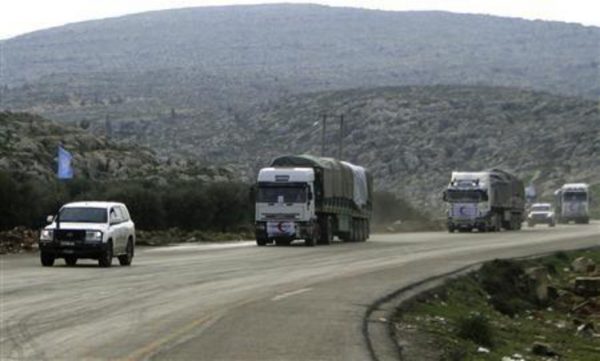 Throughout the entirety of the Syrian crisis, Western media outlets have misrepresented facts and presented outright lies to their audiences regarding virtually every aspect of the war. Particularly when it comes to specific occurrences used to gin up support for greater Western intervention in Syria, these outlets kick it up a notch, launching flurries of disinformation and misinformation designed to leave imprints of false narratives in the minds of half attentive audiences. Incidents such as the Ghouta chemical weapons attack, little Omran, and, now the alleged attack on a U.N. convoy are now parts of a larger narrative. No matter how much they are debunked, confusion and distortion leave behind traces of the narrative embedded in the mind of the consumer.

Still, it is important to point out the false narratives where they do exist in order to deconstruct them as much as possible.

For instance, the recent hysteria over an alleged attack on a U.N. convoy by “either Syrian or Russian jets” (because it couldn’t have been the U.S. of course) has been used as an attempt to paint Russia and Syria as violators of a ceasefire and states so evil that they would dare attack the sacred U.N. who only ever provides food to hungry people and candy to children. Yet the entire incident, which the West is attempting to use as a political hammer, exists only through the channels and pages of Western media. In reality, however, not so much.

The story being peddled to the American people is that, even as the ceasefire was still in effect (from the point of view of the United States despite the fact that its terrorists never abided by one principle or obligation of the ceasefire from the very beginning), either Russia or Syria bombed a U.N. aid convoy on its way to deliver supplies to civilians.

The convoy that was actually attacked, a Syrian Red Crescent aid operation, was attacked outside a warehouse in Urm al-Kubra just west of Aleppo. Twenty to thirty trucks were said to be destroyed in this attack which took place shortly after the ceasefire officially ended on September, 19. However, there is no evidence to suggest that the attackers were the Syrian or Russian militaries. Instead, it is most likely America’s rebels who attacked the convoy. However, further investigation reveals that the aid convoy that was destroyed and the U.N. aid convoy being presented to the American public as being the victim of the attack are two different convoys and two different incidents.

Still, the United States claims that, although it doesn’t know which military, it is confident that the UN aid convoy was bombed by either Syria or Russia. As the Washington Post reports,

“We know it was an airstrike and not one from the coalition. We don’t know if it was Russia or the regime,” the only others flying over Syria, a senior administration official said. “In either case, the Russians have a responsibility certainly to avoid doing it themselves, but also to keep restraint on the regime.”

But, per the usual method of accusation, the United States never explained exactly how they knew this. Where is the intelligence coming from? Are there satellite images? Anything?

Russia, however, denied that its planes, or Syrian jets for that matter, were involved in the attack. In addition, the Russian defense ministry pointed out some anomalies suggesting that the convoy was not bombed from the air at all.

“We have studied video footage from the scene from so-called ‘activists’ in detail and did not find any evidence that the convoy had been struck by ordnance,” said Igor Konashenkov of the Russian Defense Ministry. “There are no craters and the exterior of the vehicles do not have the kind of damage consistent with blasts caused by bombs dropped from the air.”

Indeed, photographs of the convoy do not line up with the damage that one would expect to see if the trucks had been attacked from the air. As Tom Miles and Angus McDowall reported for the Asia Times,

He [Igor Konashenkov] said the damage to the convoy visible in footage was caused by its cargo catching fire. It had occurred at the same time as militants from the group formerly called the Nusra Front had started a big offensive in nearby Aleppo, he said, appearing to point the finger at rescue workers from a group called the “White Helmets” who filmed the aftermath.

“Only representatives of the ‘White Helmets’ organization close to the Nusra Front who, as always, found themselves at the right time in the right place by chance with their video cameras can answer who did this and why.”

Hussein Badawi, head of the White Helmets in the town, said he was 100 meters (yards) from the aid depot when the attack took place and was injured by shrapnel in the hand.

“There were fires, martyrs, wounded people. We were able to pull out four survivors and five dead bodies at first,” Badawi said. “The bombardment was continuous. The rescue teams weren’t even able to work. Those who arrived in ambulances couldn’t come in.”

Despite having immediately claimed that the attacks were the result of airstrikes, the United Nations was forced to walk back its assertions after the Russian response and explanation. Now, the U.N. statement has replaced the word “airstrikes” with the word “attacks.” U.N Humanitarian Spokesman Jens Laerke stated that the references were the result of a “clerical error.”

The Russian explanation, photographic evidence, and the intentional confusion that has come as a result of a propaganda push on the part of the Western media apparatus as well as the fact that the White Helmets, a notorious terrorist support group were first on the scene and that al-Nusra fighters were themselves launching an attack in the general area at the same time as the convoy was attacked, all point to the possibility that it was the terrorists who attacked the convoy and not a traditional state actor.

Furthermore, video evidence has been posted appearing to show a jihadist vehicle armed with an artillery/mortar launcher riding beside the convoy.

Still, the Western media is intentionally confusing two different convoys – one that never entered Syria and was waiting on the Turkish side of the Turkey-Syria border and one that was traveling from the government held area in West Aleppo into terrorist held areas. The former was a U.N. aid convoy, the latter a Syrian Red Crescent convoy.

We now have a full on propaganda onslaught in the West attempting to blame Russia and/or Syria for bombing a U.N. aid convoy that was never bombed to begin with while at the same time hiding evidence of terrorists having attacked the one that was. As a result of deceptive reporting and propaganda coming out of official State Department mouths, the American public is fooled into believing that Russia and Syria have committed a tragic war crime despite the evidence showing that the attack on the actual convoy may very well have been committed by America’s proxy terrorists. The United States and the West are obviously driving the final few nails into what little credibility they have left.