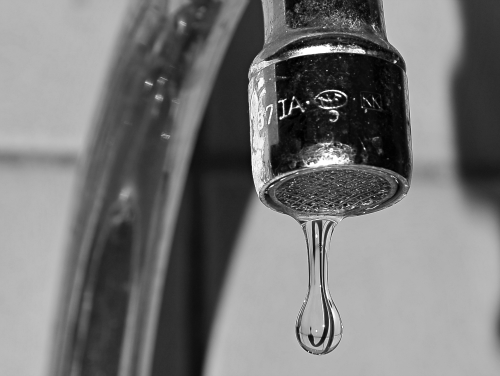 Sorry to yell, but HAVE YOU FILTERED YOUR WATER YET?!

If not, you really have to start.

It’s something we all take for granted because its just a basic part of our lives, but what you can’t see in your drinking water can hurt you. And the stories just keep coming out on a near-weekly basis about some new poison found in our water.

We’ve done multiple reports over the years on TDS about all of the nasty surprises lurking in the average American’s tap water, water they don’t just drink but cook with and bathe in.

Reports like this one about how salmon swimming around in estuaries in the northeast were found contaminated with 81 different pharmaceuticals and drugs. Like all of these articles about the poisonous water found in Flint, Michigan and other cities around the nation.

Your water is on drugs, lots and lots of drugs, and filled with all sorts of nasty chemicals that are harmful to human health even in tiny amounts.

Well apparently a new study just released has found that over 200 million Americans in cities across the nation in all 50 states are drinking, cooking, and bathing in water tainted with the chemical from that movie — chromium-6.

A new EWG analysis of federal data from nationwide drinking water tests shows that the compound contaminates water supplies for more than 200 million Americans in all 50 states. Yet federal regulations are stalled by a chemical industry challenge that could mean no national regulation of a chemical state scientists in California and elsewhere say causes cancer when ingested at even extraordinarily low levels.

The key phrase is “even at extraordinarily low levels”.

One part per billion is the size of a single drop of water in an Olympic-sized swimming pool. To give you an idea of just how carcinogenic chromium-6 is, scientists in California called for a safety standard of 0.02 parts per billion to be put into place.

It really doesn’t take much. California was one of the worst states, but it wasn’t alone by far:

Right now as it stands, with standards for this dangerous carcinogen entirely too lax, based on the EPA’s data, EWG estimates some 12,000 people stand to get cancer if they continue drinking their tap water.

You can find the full breakdown of this new findings at the EWG here.

In the meantime, please look in to reverse osmosis water filtration, at least for the water you are drinking and cooking with. You have no idea what’s really in there…

The Case against Fluoride: How Hazardous Waste Ended Up in Our Drinking Water and the Bad Science and Powerful Politics That Keep It There