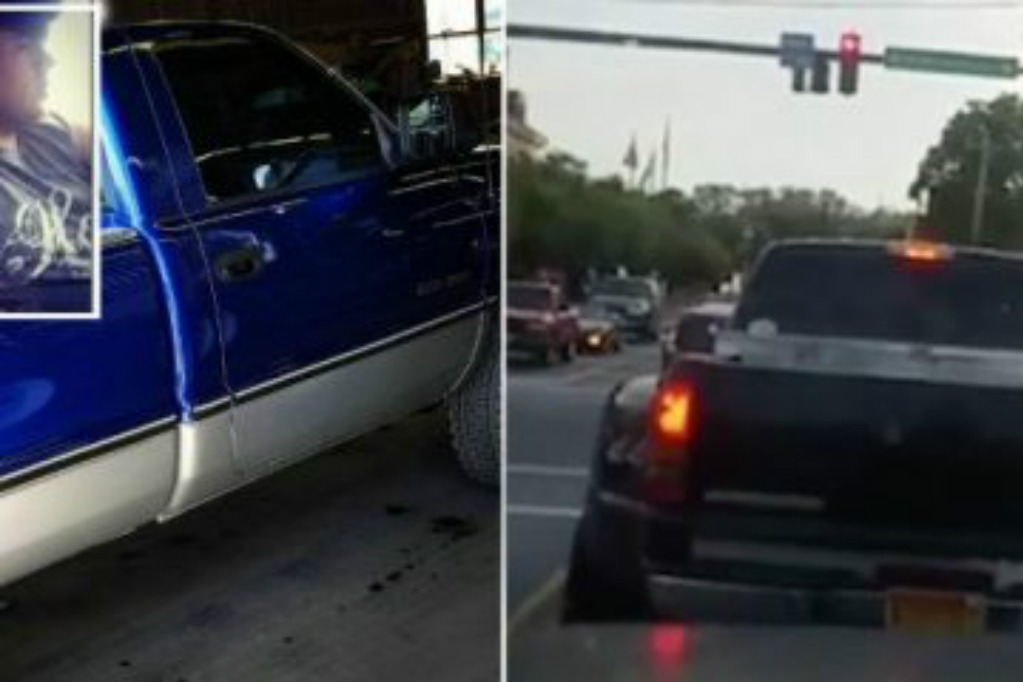 A couple of good old boys in Maryland decided they would let some of the Black Lives Matter protesters in Hagerstown, Maryland know what they think of their protests. So, one followed the other’s truck, which was a diesel truck and they proceeded to spew black exhaust smoke across the entire group of protesters.

Check out the video below, which was originally uploaded by Aaron Gettel and then reposted by a protest supporter, Lawrence Marley Hester. Fast forward to the 1:20 mark.

While scenes of violence and rioting have taken place in places like Ferguson, Baltimore, New York and Charlotte, these guys found a way to respond in non-violent manner. I agree, it may not be a charitable way to do things and will probably do nothing but stir things up more, but I did find it hilarious.

Apparently, what the truck driver engaged in is what is known as “Rollin’ Coal.” According to Fury.News:

If you tune the engine on a diesel truck a certain way to “trick the engine” into needing more fuel, the result when you hammer on the gas is a huge plume of black smoke that blasts out of the tailpipe of the truck.

“I like when there’s white people at a black lives matter protest,” said Gettel, who was filming his friend’s truck from behind before the truck poured black smoke over the band of protesters, including a news crew that was there to cover the protest.

The protesters, obviously outraged by the smoke, began yelling obscenities and throwing things at both trucks.

Hester commented on his Facebook page, “This video just goes to show how much respect WE don’t get and how WE are really viewed.”

Sometimes one wonders why there is respect when protesting turns into violence and rioting. Who is supposed to respect that? Furthermore, why is OK to protest for only people with dark skin? I don’t believe in many races, but only one “race,” the human one. God created man in his image from the dust of the ground and no matter what ethnic background we come from, we all bleed red and we all return to the same dust.

Imagine if there was a “White Lives Matter” protest. Can you even think how the race baiters in America would be outraged? Yet, this goes unchallenged. The fact is that while police are involved in a number of shootings and other criminal acts against blacks, as well as others, the reality is that black on black crime is much higher. In fact, black on black crime is great than America’s war dead. So, the question I have is, why are blacks not protesting their own community of black thugs who attack other blacks? Wouldn’t bringing attention to that problem do a lot more to expose where the real problem starts?