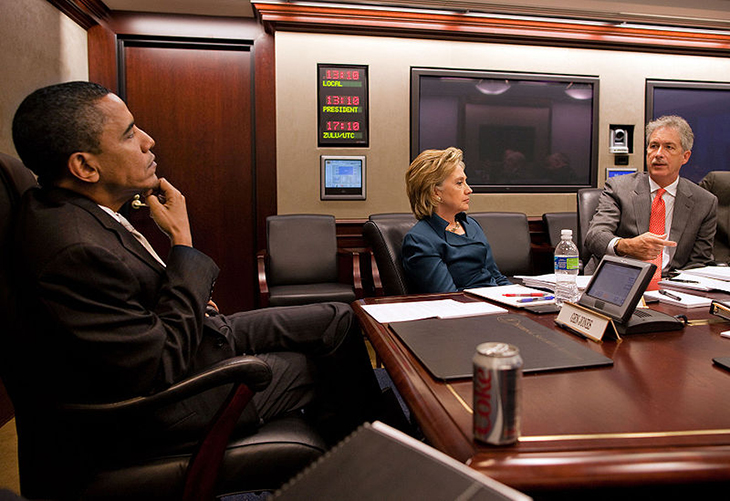 Hillary Clinton’s use of a private email server is the scandal that refuses to go away in this year’s US Presidential election. Every few weeks, new details emerge that show Clinton’s negligence in handling classified government communications. Though many focus on her disregard for federal rules as the main problem, what is definitively more concerning is Clinton’s real motivation in using the non-classified, private server – to keep her emails hidden from Freedom of Information Act (FOIA) requests and thus from the US public. This also explains how hackers were able to infiltrate her server so easily, releasing troves of Clinton’s emails to the world via Wikileaks. However, now attention has been refocused on Clinton’s server, not by more leaks, but by the release of FBI documents investigating the scandal. These heavily-redacted documents have revealed that Barack Obama used a pseudonym when communicating with Clinton, who was then serving as Secretary of State. They also show that Clinton’s IT company referred to her mass deletion of emails before the 2012 Benghazi-investigation subpoena as a “cover-up.”

The revelation that Obama not only knew about Clinton’s private email but actively used it, contradicts his 2015 statement that he first learned about the scandal “through news reports” like “everybody else.” According to FBI documents, Huma Abedin, then Clinton’s Deputy Chief of Staff, first became aware of Clinton’s email exchanges with an unrecognized sender on June of 2012. The FBI then told Abedin that the unknown sender’s name was a pseudonym used by President Obama, causing her to exclaim”How is this not classified?” As reported by Politico, the State Department has refused to release the emails exchanged between Clinton and Obama, citing “presidential communications privilege.”

What is most concerning regarding Obama’s involvement in the mail debacle is his obviously preferential treatment of Clinton. Clinton committed espionage, according to its legal definition, by removing state secrets to non-secure locations, but Obama said that this doesn’t concern him as Clinton caused no harm. However, in recent espionage cases, Obama and his administration have mercilessly prosecuted other, low-ranking government employees as well as soldiers with much lesser “espionage” offenses which were also shown to cause no harm. Obama allowed the Department of Justice to prosecute a sailor for espionage after he took a selfie in a nuclear submarine and sent it to his girlfriend. A Marine lieutenant was also charged for espionage after he correctly warned his superiors of an al-Qaeda operative in an American encampment by using his insecure Gmail account to send the emergency warning.

However, any hope Obama would seek to charge Clinton or her associates with the same intensity reserved for “regular people” is all but gone as the FBI granted immunity to several Clinton aides in exchange for their cooperation. Sadly, this is just one of many examples that show that high-ranking US politicians are not held to the same standard as the citizens they are meant to serve.