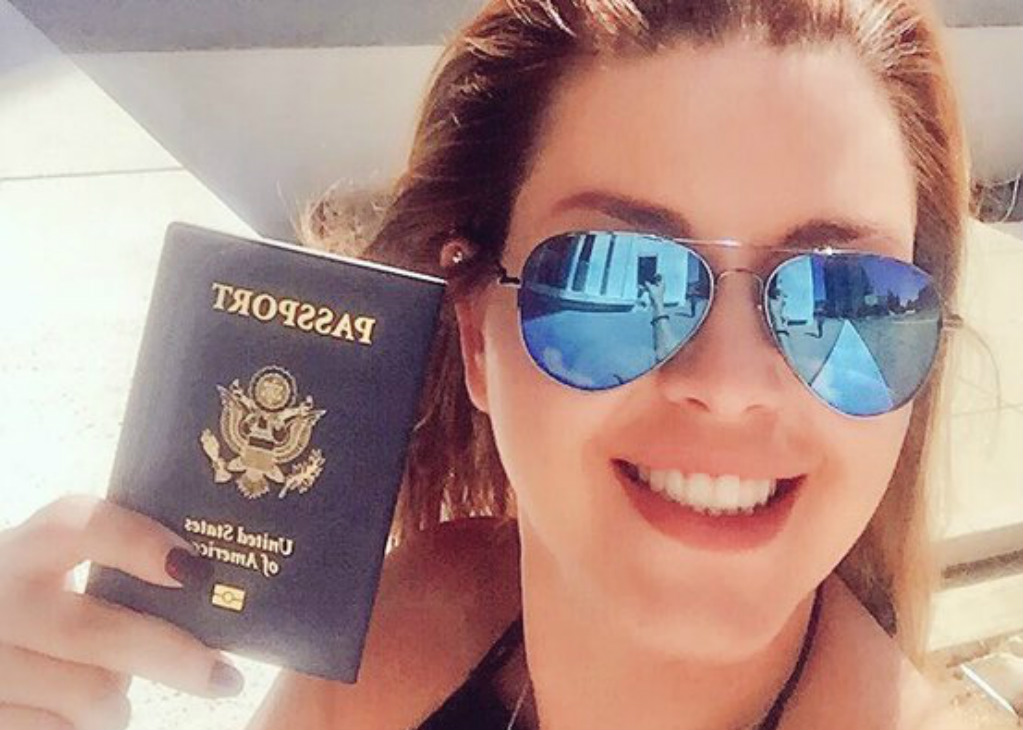 But the media is saying Trump is the villain of the piece because he once said she was overweight (despite CNN reporting the same thing).

Hillary brought up Alicia Machado, who won the Miss Universe pageant owned by Trump in 1996, during the debate on Monday night, claiming that Trump once called her “Miss Piggy” because she gained a lot of weight while representing the pageant.

Hillary said that Machado (Miss Venezuela) has since become a U.S. citizen and would take revenge on Trump by voting for Clinton.

So Hillary’s latest devastating attack on Trump is to say he was judgmental of beauty….in a beauty pageant he owned.

Scandalous. However will Trump recover from this knock-out blow?

The whole stunt was designed to play into Hillary’s “feminist” image and portray Trump as anti-women.

Which story is the media interested in and which one won’t they touch? No prizes for guessing the correct answer.

But that’s not even the worst part of it.

Machado, who is now a fully signed up Hillary campaign surrogate, was accused of driving a getaway car to aid her boyfriend in a plot to murder his brother-in-law at the funeral of the dead man’s wife and then threatening to kill the judge who was in charge of convicting Juan Rodriguez Reggeti.

The attorney also alleged that witnesses saw Machado drive her boyfriend away from the scene of the crime, and that her boyfriend had snatched the dead woman’s 11-month-old son as well.

A month later the judge went on national television to allege that Machado had threatened to kill him.

Judge Maximiliano Fuenmayor said on national television that she threatened ‘to ruin my career as a judge and … kill me’, the Associated Press reported.

When CNN’s Anderson Cooper confronted Machado with her own sordid past, she didn’t try to deny it, simply waving her hand and scoffing, “I have my past, everybody has a past, I’m not a saint.”

Yeah, not everybody’s past includes being accused of acting as an accomplice in an attempted murder, Alicia. That’s kind of out of the ordinary.

But wait, that’s not all.

The former Miss Universe was also reportedly the incubus for the child of a notorious Mexican drug kingpin.

“On June 25, 2008, Machado gave birth to her daughter, Dinorah Valentina. She issued a statement that the father of Dinorah was her best friend Mexican businessman Rafael Hernandez Linares after Mexican news sources, quoting the Attorney General, reported that the father was Gerardo Alvarez-Vazquez, a drug lord.”

This little detail was once included on Machado’s Wikipedia page, but has now been scrubbed clean, along with information about her alleged involvement in the attempted murder – right at the same time Hillary adopted her as a campaign poster child. What a coincidence.

“Now keep in mind, Secretary of State Hillary Clinton is using Ms. Mexican-Gangland-Murder-Piggy/Porn-Star, in her commercials too,” writes the Conservative Treehouse.

This morning: "She gained a massive amount of weight…it was a real problem." pic.twitter.com/0wrISjJe6z

Machado is also vowing to vote for Hillary to support “women workers” (because she’s such a great role model for women).

I received my passport ! I'm ready to vote For my country for you @HillaryClinton for my daughter For women workers pic.twitter.com/U5lSwWxiHc

Machado is now doing the media rounds and was scheduled to appear on Good Morning America yesterday.

And that’s ALL Hillary’s got on Trump. Calling an overweight woman overweight 20 years ago. A woman who was accused of being involved in an attempted murder and threatening to kill a judge as retribution.

And the media treats Trump’s comments from 20 years ago like his words are the scandal here.

But Trump is bad for being judgmental of beauty….in a beauty pageant he owned.

And people wonder why 94% of Americans distrust the mainstream media.