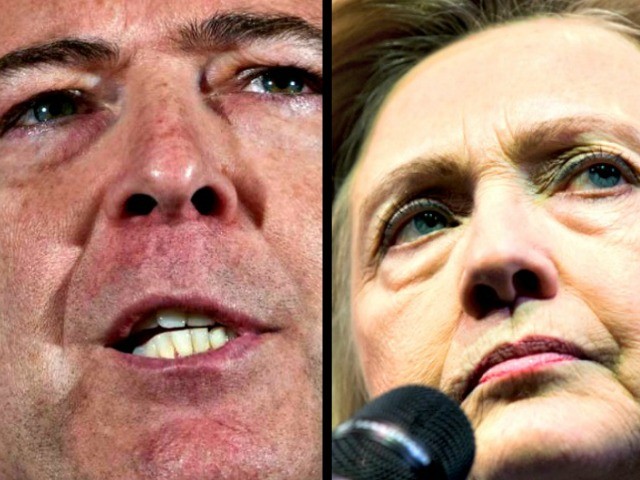 Is anyone surprised by this corruption? When FBI Director James Comey said that the organization would not be seeking to bring charges against Hillary Clinton over her illegal email server, anyone paying attention knew there was a deep level of corruption. Now, it’s been made clear. James Comey received millions of dollars from the corrupt Clinton Foundation, and his brother’s law firm also does the Clinton’s taxes.

According to a letter sent by 200 Republicans who stated Clinton “clearly placed our nation’s secrets in peril,” Comey was asked why he would not bring charges against her. “No one is above the law, and the American people deserve a more robust explanation for your decision to not recommend criminal charges.”

A review of FBI Director James Comey’s professional history and relationships shows that the Obama cabinet leader — now under fire for his handling of the investigation of Hillary Clinton — is deeply entrenched in the big-money cronyism culture of Washington, D.C. His personal and professional relationships — all undisclosed as he announced the Bureau would not prosecute Clinton — reinforce bipartisan concerns that he may have politicized the criminal probe.

In the report, Comey is noted as receiving $6 million in one year along from Lockheed Martin, who is a Clinton Foundation donor, and became a donor in the same year Comey received those funds.

Additionally, Mr. Comey became a board member, a director, and a Financial System Vulnerabilities Committee member of the London bank HSBC Holdings in 2013. HSBC has also partnered with The Clinton Foundation, where records indicate that the bank projected $1 billion in financing through the Clinton Foundation for “retrofitting” 1,500 to 2,000 housing units to conserve energy.

Additionally, Peter Comey, James’ brother, serves as “Senior Director of Real Estate Operations for the Americas” for DLA Piper, according to the report.

So, is anyone else going to question the motives of FBI Director Comey when it comes to failing to call for charges against Hillary Clinton regarding her blatant disregard for the law, national security and the American people? I think not.