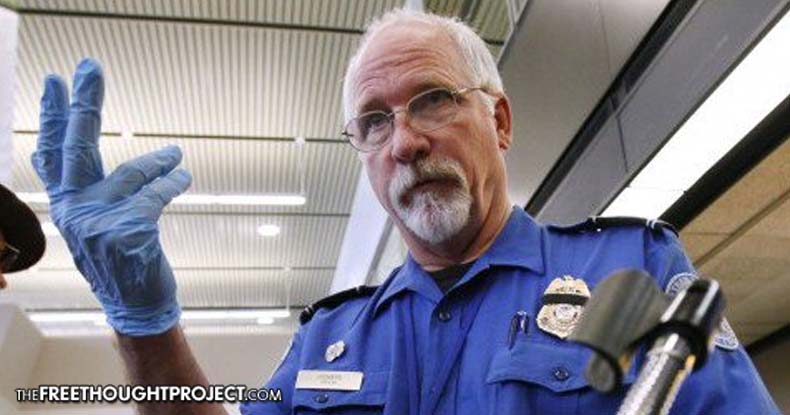 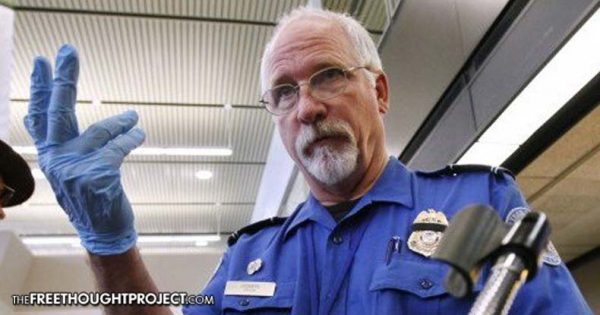 No one’s favorite government agency, the U.S. Transportation Security Administration, will be harassing innocent travelers on buses and trains, if new legislation — unsurprisingly proposed after rather questionable ‘attacks’ in New York City and New Jersey on September 18 — passes as expected.

Several U.S. senators from both sides of the aisle apparently want to make travelers lives’ a veritable hell of red tape and insidious surveillance by increasing putative ‘security’ for rail lines, highways, and marine routes by adding presence and screening procedures at Megabus depots, Amtrak stations, and more.

As perpetually-terrified as the U.S. Department of Homeland Security likes to keep the population, considering the TSA’s phenomenally negative reputation at airports — passengers missing flights due to long lines, free molestations, confiscations of breast milk, and countless other good times — it’s highly doubtful the proposed legislation will receive more than tepid public support.

“A bipartisan bill introduced Thursday by Senator John Thune (R-S.D.) would require the TSA to use a risk-based security model for these transport modes and to budget money based on those risks. It would require a wider use of the agency’s terrorist watch list by train operators and more detailed passenger manifests along with tighter screening of marine employees. The legislation would also increase the TSA’s canine use by as many as 70 dog-handler teams for surface transportation.”

Despite the blatant Orwellian overtones, senate sponsors insist the American public not get ruffled feathers — because, trust them, it’s not at all what you think.

“This is very much not creating for bus or rail transportation the [security] model that exists for aviation,” asserted spokesman for the Senate Committee on Commerce, Science, and Transportation, Frederick Hill, as quoted by Bloomberg.

Hill’s statement — considering the ill-reputed TSA has literally never captured a single terrorist — is debatably a good or terrible thing; though the idea of mandatory background screening to board a Megabus intimates the latter.

Besides the non-fatal bombs detonated and discovered in areas around New York City and New Jersey, the senators cited the DHS Office of Inspector General’s recent report sounding alarm bells over the lack of security in, well, every other system of transport in the United States besides aviation, which the TSA obviously already makes unbearable.

Without a hint of irony, the OIG notes DHS is responsible for securing all forms of transport in the nation “to ensure freedom of movement for people and commerce,” while noting 80 percent of its 2015 budget went toward aviation programs and just 2 percent to non-aviation transportation systems. Auditors found budgetary allocation issues regarding security and risk needing to be remedied, and the lawmaker-sponsors and TSA agree.

If the bill passes, it will address “gaps in TSA’s approach to assessing security risks and will help the agency better fulfill its role as a hub of analysis, planning, and information,” Thune explained in a statement.

Upon close inspection, however, the bill would do little more than create a more extensive secondary domestic surveillance network. For years, reports and investigations of the TSA have revealed innumerable issues — not the least of which is a culture of fear among agents, who might otherwise expose yet more issues, of supervisory retaliation.

“No one who reports issues is safe at TSA,” Mark Livingston, who works with the TSA’s chief risk officer, told Congress in April, as quoted by NorthJersey.com. “I am concerned that TSA employees responsible for transportation security, intelligence and analysis fear their supervisors more than they fear a potential terrorist threat.”

Moreover, the agency’s airport ubiquity hasn’t been bereft of glaring security mistakes and practices antithetical to the safety their presence ostensibly guarantees.

Agents, for example, laughably claim our water bottles, soda cans, and, yes, even breast milk containers and pimento cheese, pose an insurmountable risk to passenger safety and must be handed over prior to entering the terminal — but confiscated materials sit in filled-to-the-brim bins in screening areas. If all of those beverage containers somehow actually did contain, say, explosive material, the TSA would be responsible for building a bomb of epic proportions.

More to the point, TSA agents tested by DHS auditors last year more than flunked the test — weapons and fake explosives were allowed to pass 95 percent of the time — missing 67 of 70 individual attempts.

Inordinately long lines at airport security checkpoints in the spring peaked travelers’ anger and forced the question, Is the TSA necessary at all?

In the name of safety and security — or, more accurately, under the premise of terrorism — Americans have been groped, X-rayed, fondled, detained, robbed, searched, brutalized, sexually assaulted, and generally humiliated by state agents in a nation where a person is 58 times more likely to be killed by an officer of the law than by a terrorist.

With a host of problems still plaguing the TSA, the only possible motive for such a vast extension of its powers would have to be keeping better tabs on civilians.

This Big Brother approach to national security, though proven flawed continually — even in the placement and detonation of non-fatal bombs cited as motivation for the bill — will eke into our private lives until we have nowhere to go, nowhere to escape its eyes. Until we collectively stop allowing fear to guide our most important privacy concerns, government agencies will test how much we’ll give — but they will never stop trying to take.