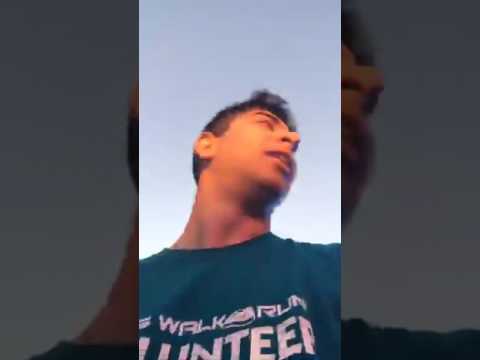 “If it wasn’t for these police officers, I probably would have been dead tonight”

Disturbing video footage shows a man being surrounded and beaten by a leftist mob because he is wearing a “Make America Great Again” Trump hat.

The clip shows leftists (always eager to display their tolerance when it comes to diversity of opinion) verbally abusing 21-year-old Feras Jabro and demanding he leave the area as they chant “f**k Trump!”

Within seconds, one of the agitators smacks Jabro in the back of the head.

“You ain’t being attacked, you asking for trouble,” claims one of the agitators.

“I was just hit in the back of the head simply for the hat I’m wearing,” the Trump supporter responds.

The leftists then try to steal Jabro’s hat as they become more aggressive.

The Trump supporter is briefly pushed to the ground as more agitators attack him. He tries to leave the area as they pursue him.

Jabro then screams in panic as the agitators begin to beat him while he lies on the ground.

“Get the f**k out of here!” BLM protesters scream as Jabro attempts to leave.

“I just got beat up and attacked!” exclaims the Trump supporter.

Despite being in a state of panic, he is then surrounded by more aggressive BLM supporters.

Police then arrive and protect Jabro as he tells them, “I was scared to death, man!”

The officer explains that the beating was spotted from a police helicopter and that’s why they were able to arrive on the scene within minutes.

“I simply walked into the rally wearing a Donald Trump hat. I was attacked, thrown to the ground, kicked, chased….I was cornered, beaten to the ground, when I attempted to run away, I was chased by the entire mob of people,” the Trump supporter explains, adding that at no point did he try to provoke the crowd or say anything to incite them.

Reporters from the Associated Press and others interviewed Jabro after the incident but blamed him for wearing the hat. No stories about the incident have appeared in the mainstream media, aside from one photoof Jabro.

Even after police came to Jabro’s aid, the mob still surrounded him from a distance before Jabro was escorted to his vehicle.

“I want everybody to know, if it wasn’t for these police officers, I probably would have been dead tonight,” said Jabro.

Yet another BLM agitator then aggressively approaches Jabro even after he gets in his car and kicks the vehicle.

Virtually every day there is a new story about Trump supporters being attacked or abused by violent, hateful leftists.

On Monday night, a female member of the Gustavus College Republicans was also assaulted for wearing a MAGA hat.

The young woman was minding her own business while entering a cafeteria, only to be confronted by an aggressive man who started shouting slurs and had to be physically restrained as he tried to charge her.

“She was walking around bothering no one by wearing a Trump hat, she didn’t deserve this and there’s no way that this should’ve happened,” Minnesota Federation of College Republican Chair Amanda Petersontold Campus Reform. “I wish this was a surprise to me, but it’s not, it’s no secret that college students with conservative leaning viewpoints aren’t strangers to this type of thing on campus.”

Meanwhile, a video shows yet another example of an intolerant leftist violating private property rights in an attempt to shut down a Trump supporter’s free speech.

The individual was caught on camera trying to steal a Trump sign from his neighbor’s front yard, but he was in for a shock – quite literally.

Another progressive displays his tolerance for diversity of opinion. pic.twitter.com/ViO1ynpgUG