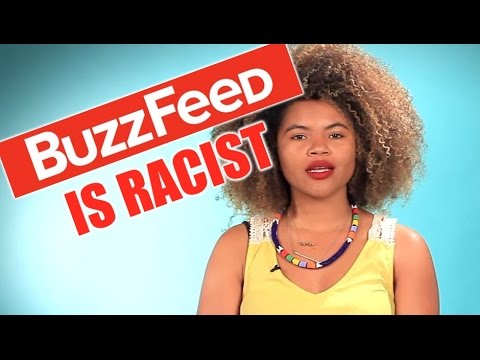 BuzzFeed seems really inquisitive when it comes to asking questions of white people.

So here are 15 questions white people have for BuzzFeed social justice warriors.

Why is it racist to make generalizations about lifestyle, beliefs or behavior based on a person’s race….unlesss they’re white?

If making generalizations about people’s beliefs based on their race is racist, why do you automatically assume that black people are all social justice warriors?

Why is it racist to stereotype non-whites for positive traits – like Asians being intellectual or blacks being athletic – but it’s perfectly OK to stereotype whites for negative traits, like not being able to dance?

Why is white people having dreadlocks cultural appropriation, but when Beyonce straightens her hair and dyes it blonde, that’s perfectly fine?

Why do you whine about the Oscars being racist in favor of white people, when the number of black Oscar winners is exactly in line with the overall black population?

If white people don’t understand what it’s like to be poor, as Bernie Sanders claims, why are America’s poorest counties 95% white?

If reverse racism doesn’t exist because white people are in power and therefore it’s impossible to be racist against them – at what point does this change?

Why should it be acceptable that the last acceptable form of racism is racism against white people?