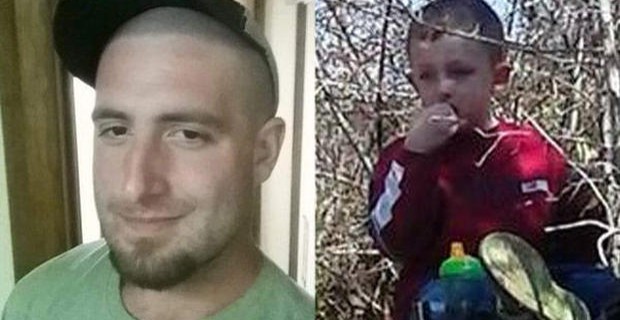 There weren’t any protests over this

Police officers shot and killed a 6-year-old autistic boy during an incident in Louisiana, but the boy was white, wasn’t holding a gun and didn’t have a long criminal record, so don’t expect any protests or national media attention.

Video footage of last November’s fatal shooting of Jeremy Mardis by two deputy city marshalls (pictured below) was shown in court on Wednesday.

Police claim they chased the boy’s father Christopher Few after he had an argument with his girlfriend and that Few used his vehicle as a weapon, prompting them to open fire.

“However, state District Court Judge William Bennett said the video doesn’t show Few using his car as a “deadly weapon” at the time of the shooting,” reports CBS News.

The clip posted above appears to back this up. The officer seems to be shooting at a stationary car while Few is clearly seen with his hands up.

Mardis, who had autism, died at the scene after suffering multiple gunshot wounds while his father survived. Police claimed they were chasing Few because of an outstanding warrant, although it was later confirmed that there were no outstanding warrants against him.

While ‘Black Lives Matter’ demonstrators will stage riots, attack reporters and burn down cities over the shooting deaths of black victims who invariably turn out to have either been carrying a gun or resisting arrest, saying “all lives matter” is racist, so there will be no protests over Mardis.

His death will not be spun into a grand narrative and used by the media to whip up hysteria because the boy’s skin isn’t the right color.

Mardis’ mistake was to not have accrued a long violent criminal record and posted pictures of himself on Facebook acting like a gang member. If the 6-year-old boy had done so, he may have got more sympathy from the media and BLM.

But just like the five white people killed by cops on the same day that Keith Scott was shot dead, police brutality is ignored unless it can be exploited for race-baiting, divisive, political purposes.