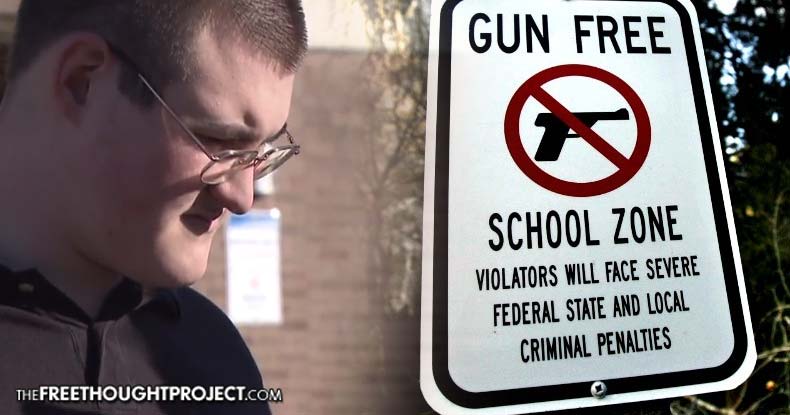 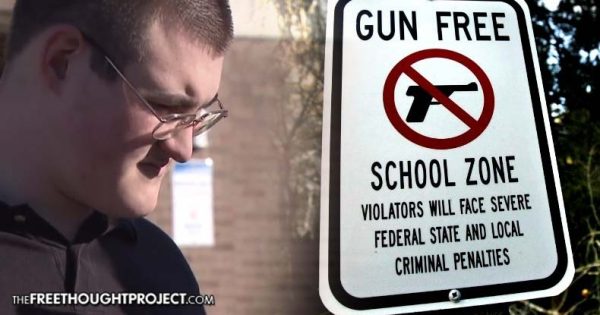 Manville, NJ — Time out, lunch detention, and in-school suspension are all forms of discipline, among others, which teachers have employed to punish students for misbehavior. But after Frank Harvey, 17, a Manville, NJ, high school senior, completed a pro-2nd Amendment project, his school ordered him to get his head checked.

The incident began Monday after Harvey, as many students sometimes do, left his USB drive in the computer lab. Another student opened Harvey’s 11th-grade project and reported him to school officials.

At 7pm Monday evening, Harvey’s family said they were paid a visit by local law enforcement, who investigated Harvey’s claims the project was from last school year, and cleared him of any criminal mischief.

But that apparently wasn’t enough to satisfy the Manville School District who suspended and then promptly ordered Harvey to undergo a 5-hour psychological evaluation stemming from the months later discovery of his anti-gun control project.

It seems the teacher, who assigned the work, can no longer recall having done so. But the 12th grader disagrees and so does his family.

Harvey said his teacher approved his topic (against gun control), he completed the project, and received an “A” for his efforts.

Harvey, now a 12th-grader, says he completed the project as an assignment for his College Career Readiness class during the 2015-16 school year.

Screenshots of the video project titled “About Guns” show Harvey’s position was supportive of an individual’s right to self-defense using guns. He cited several incidents involving home break-ins that were thwarted when a homeowner fought back with a firearm.

Harvey also inserted a few political cartoons which suggested citizens should arm themselves in the event of an active shooter scenario, and another which stated gun free zones don’t keep citizens safer.

The Harvey family, so disturbed by the demand their son undergo a psychological evaluation, and desiring to clear their son’s name, took their case to the court of public opinion and notified New Jersey’s News Channel 12.

Harvey’s mother Mary Vervan said, “I’m not taking him for a psychological evaluation because this teacher is lying and won’t own up to what she did.” Vervan alleges, “the teacher assigned it, my son did his homework, and he got kicked out of school for it.”

“They basically labeled them, pigeonholed them, torment them, hold that against them, watch every move they make,” Vervan said in reference to the treatment her son received.

The Manville School District refused to comment on Harvey’s individual case with reporters but the incident has now made national news in what appears to be yet another suppression of a student’s right to free speech, notably speech involving a position supportive of firearms.

His family, instead of complying with the school district’s orders, withdrew Harvey from Manville High School and he now says he’s focused on earning his GED.