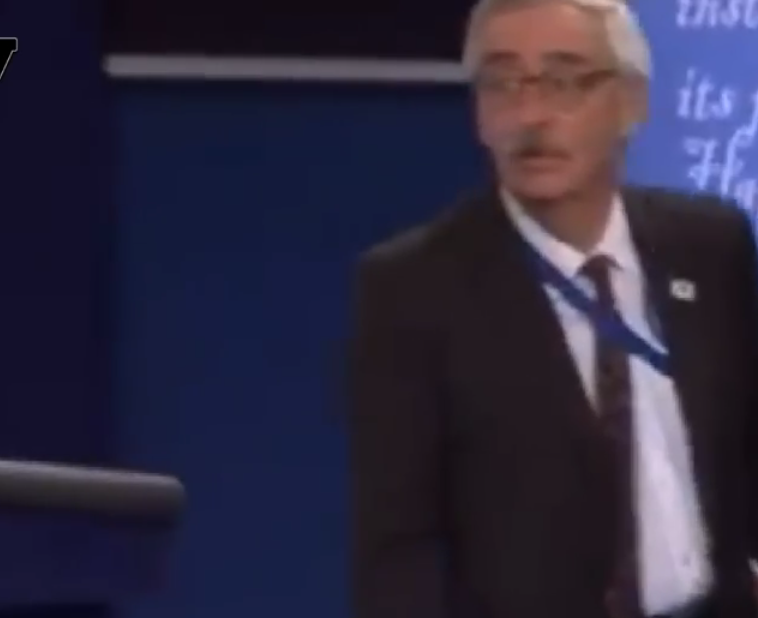 Here’s a video that raises more questions than it answers but at least people are asking them.

We’ve already seen what appears to be Hillary in cahoots with debate moderator Lester Holt.

Now, it would appear there was some kind of lit screen in Hillary’s podium. A teleprompter? We can only speculate but the video appears to show it powering down at the end of the debate. Don’t think so?

Well a couple of guys were really interested in whatever it was Hillary had in that podium and making sure it was removed as quickly as possible.

Watch the wrap up above, the guy with grey hair flitting about nervously with a conspicuous look on his face as he repeatedly approaches Hillary’s podium and removes multiple items from it including all her notes from during the debate and some black object from inside the podium among other things. At one point near the end, it appears he’s even making a switch of some kind.

Another man then goes on stage and removes something else from her podium. Meanwhile, no one seems even remotely interested in Trump’s podium.

Remember, they built Hillary that special podium prior to this debate…

So… what was in there?

That guy grabbing stuff up off her podium sure looks nervous.