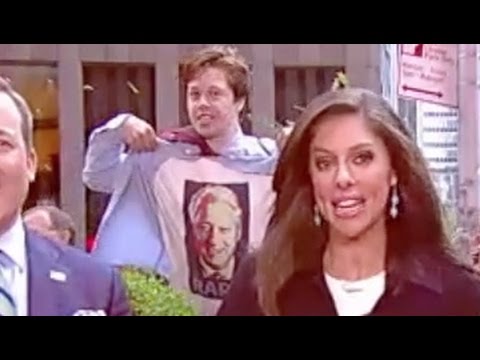 Today’s humorous update on the Presidential election and the many Clinton scandals that go along with it brings a Live TV appearance from a man who really wanted to let people know about former President Bill Clinton’s past. Considered by many to be a sexual predator, both Bill and Hillary have thus far avoided pointed questions from journalists about how Hillary can say she wants every woman’s voice to be heard while at the same time suppressing details of her husband’s predatory nature against females dating back to his days as a Governor of Arkansas.