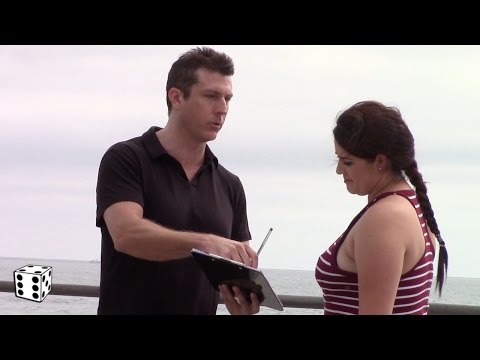 Hillary supporters eagerly signed a petition to allow illegal immigrants to vote in the upcoming presidential election in order to “stop Donald Trump”.

“Just trying to get the illegal aliens to vote this election to stop Donald Trump, so I figure desperate times call for desperate measures,” Mark Dice tells a blonde woman who is happy to sign the petition.

“Will you support the undocumented immigrants and let them vote in this election?” Dice asks another woman, who enthusiastically responds, “Oh yeah, of course!”

“We’re trying to get as many liberals on the voter register as possible,” adds Dice, noting that it is “kind of discriminatory” to bar 15 to 20 million illegals from voting.

“Yeah, I agree, I definitely agree,” answers the woman.

“The fact that the election has a lot to do with them, they should definitely have a say,” remarks Dice before the woman agrees again.

Another woman then agrees to sign the petition to give illegals the vote, “only if they don’t vote for Trump, can I guarantee that?”

“Well, none of them are, if we can get the Mexicans to be able to vote in this election we can definitely stop Donald Trump,” Dice tells her.

“Cool,” she responds, before high-fiving him.

Only one man at the end of the clip knew that Dice was performing a prank.

Non-citizen voting is a federal felony.

However, in many states, no proof of citizenship is required when voters register, including in Virginia, where over 1,000 illegal aliens have been free to vote.

Back in August, James O’Keefe proved how easy it was to cheat the system when he requested rapper Eminem’s ballot paper and was told he didn’t need ID to vote.