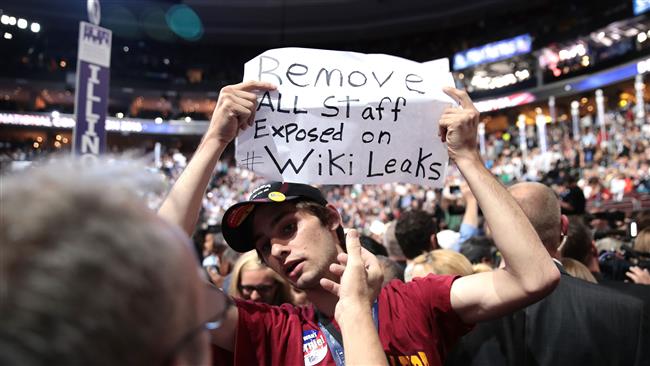 Although Julian Assange disappointed many with his failure to release any information on Hillary Clinton during a press conference this morning, Wikileaks is set to reveal new information relating to the U.S. presidential election “in a few days”.

Wikileaks revelations about the U.S. election “in a few days”.

During an appearance later in the day, Sarah Harrison, editor of Wikileaks and close advisor to Julian Assange, told Al Jazeera that new intel concerning Trump vs Clinton could emerge as soon as this week.

“We were told by Julian Assange that more leaks were coming, more damaging information was coming, he mentioned Hillary Clinton – what can we expect from that over the next few days?” asked the host.

Harrison refused to be drawn on the nature of the new revelations, but the organization’s promise that information will emerge as soon as this week will go some way to alleviate criticism that Assange left people hanging with his Tuesday morning press conference.

Wikileaks dealt with that charge by rightly pointing out that it never promised to release an “October surprise” Tuesday, although Wikileaks’ vow that new leaks are on the way soon means that the whistleblower outfit will have to stick to its word.