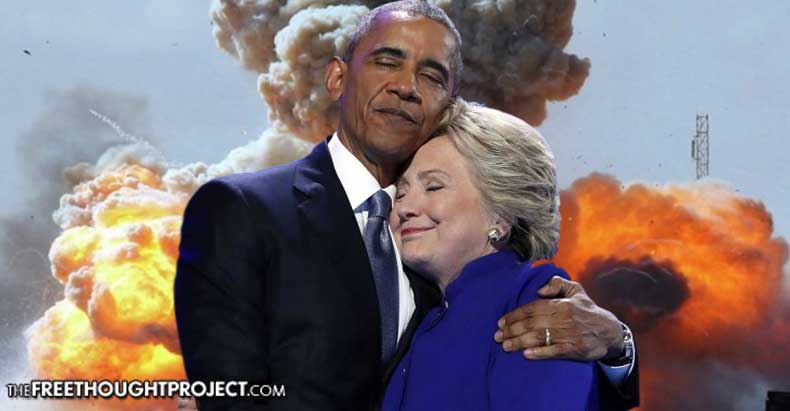 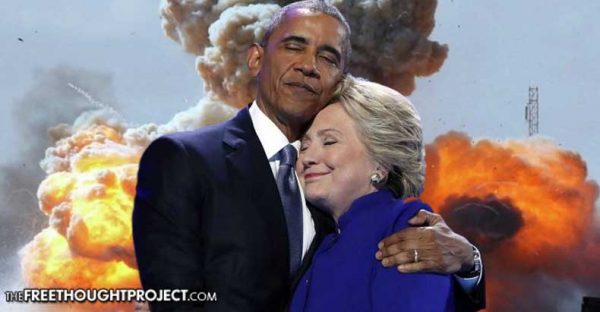 Lawyers for the Justice Department filed a joint motion to dismiss with prejudice in a US Federal court to drop the case against the arms dealer, American, Marc Turi.

A Turi associate asserted that the government dropped the case because the proceedings could have embarrassed Clinton and President Barack Obama by calling attention to the reported role of their administration in supplying weapons that fell into the hands of Islamic extremist militants, according to Politico.

“They don’t want this stuff to come out because it will look really bad for Obama and Clinton just before the election,” said the associate.

According to the motion:

In light of the Court’s discovery rulings, the administrative resolution between DDTC and the defendant, and other factors, the government seeks leave of the Court to dismiss the criminal matter with prejudice pursuant to Rule 48(a). Dismissal is appropriate under Rule 48(a) in these circumstances.

According to the agreement, Turi admitted no guilt in the trading of arms but agreed to refrain from dealing arms under US regulations for four years. As long as Turi abides by the agreement, a $200,000 civil penalty will be waived.

“Mr. Turi cooperated with the Department’s Directorate of Defense Trade Controls in its review and proposed administrative settlement of the alleged violations,” said the official, who asked not be named. “Based on a compliance review, DDTC alleged that Mr. Turi…engaged in brokering activities for the proposed transfer of defense articles to Libya, a proscribed destination under [arms trade regulations,] despite the Department’s denial of…requests for the required prior approval of such activities.”

In 2014, the federal government indicted Turi on four felony counts: two of arms dealing in violation of the Arms Export Control Act and two of lying to the State Department in official applications.

According to Politico, Turi adviser Robert Stryk of the government relations and consulting firm SPG accused the government of trying to scapegoat Turi to cover up Clinton’s mishandling of Libya.

“The U.S. government spent millions of dollars, went all over the world to bankrupt him, and destroyed his life — all to protect Hillary Clinton’s crimes,” he said, according to Politico, alluding to the deadly Sept. 11, 2012, terrorist attack on the U.S. Consulate in Benghazi, Libya.

Turi’s attorney alleges that the weapons were destined for the hands of the Libyan rebels but in a statement to Politico on Tuesday, the State Department claimed: “The proposal did not result in an actual transfer of defense articles to Libya.”

However, multiple sources suggest that weapons have moved from Libya to Syria where the US is engaged in a proxy war with Bashar al-Assad’s regime.

Hersh didn’t say whether these ‘arms’ included the precursor chemicals for making sarin which were stockpiled in Libya. But there have been multiple independent reports that Libya’s Gaddafi possessed such stockpiles, and also that the US Consulate in Benghazi Libya was operating a “rat line” for Gaddafi’s captured weapons into Syria through Turkey.

According to Politico, during 2013 Senate hearings on the 2012 Benghazi attack, Clinton, under questioning from Sen. Rand Paul (R-Kentucky), said she had no knowledge of weapons moving from Libya into Turkey.

Of Hillary Clinton’s involvement, Hersh told AlterNet earlier this year that Ambassador Christopher Stevens, who died in the storming of the Benghazi embassy,

“The only thing we know is that she was very close to Petraeus who was the CIA director at the time … she’s not out of the loop, she knows when there’s covert ops. That ambassador who was killed, he was known as a guy, from what I understand, as somebody, who would not get in the way of the CIA. As I wrote, on the day of the mission he was meeting with the CIA base chief and the shipping company. He was certainly involved, aware and witting of everything that was going on. And there’s no way somebody in that sensitive of a position is not talking to the boss, by some channel.”

As the presidential debate circus continues, Americans are getting a heavy dose of reality as they are forced to choose between a socialist war criminal and an egomaniacal fascist goon. Come November, however, it matters not who wins the election as the American people will most certainly lose.