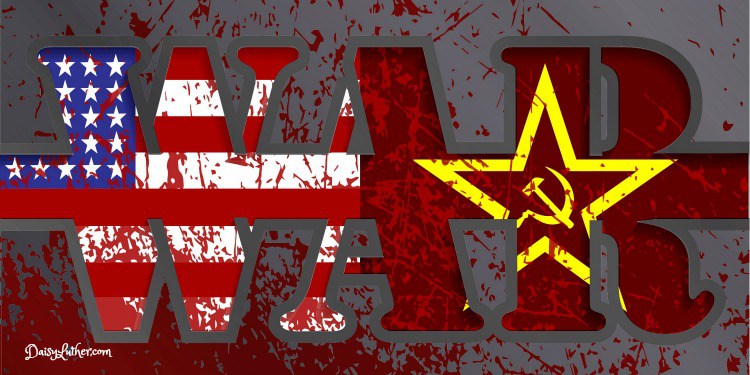 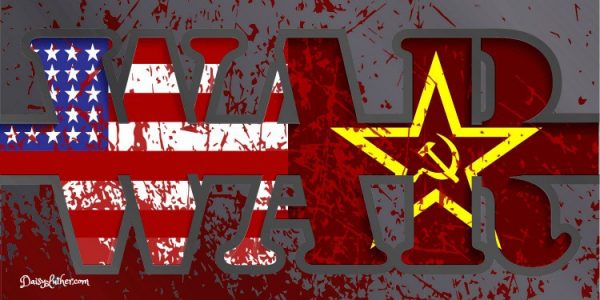 How many more indicators do we need to see to realize that  a major confrontation between Russia and the West is approaching rapidly? Is World War III upon us? Because it’s certainly starting to look that way, and I am far from the only person saying it. The most alarming thing about it is that WWIII is most likely to involve nuclear weapons, which brings the destruction to a level that threatens the very existence of humanity.

Steve Rosenberg, Russia correspondent for the BBC tweets constantly about the situation in Russia. To quote him:

When 1 Russian paper talks about a war between US & Russia, that’s worrying. When 2 papers do it, it’s very worrying.

In no particular order, here are 8 warning signs that should grab your attention right now.

This one worries the daylights out of me. Russia is currently conducting a drill that involves more than 40 million people and scenarios will cover biological, chemical, and nuclear emergencies.

The huge four-day “civil defence” drill has set alarm bells ringing in Washington and London, with tensions already high over disagreements in Syria.

Following a breakdown in communication between the USA and Russia, the Kremlin has now organised the huge emergency practice drill – either as a show of force or something more sinister.

The drill will prepare Russian citizens for “large natural and man-made disasters”, according to the country’s Ministry for Civil Defence, Emergencies and Elimination of Consequences of Natural Disaster.

The ministry revealed 40 million civilians, 200,000 emergency rescuers and 50,000 units of equipment are involved in the war game, which is running from October 4 to October 7.

A spokesman said in a statement: “The main goal of the drill is to practice organisation of management during civil defence events and emergency and fire management, to check preparedness of management bodies and forces of civil defence on all levels to respond to natural and man-made disasters and to take civil defence measures.” (source)

Can you hear me now? An activity on that level, with 40 million civilians? Are you really convinced that is a drill? The logistics alone make me wonder if action is about to be taken.

Back in May  the former deputy commander of NATO,  General Sir Alexander Richard Shirreff, warned that a major confrontation between Russia and the West. US Admiral James Stavridis, former Supreme Allied Commander Europe, echoed that view saying:

“Under President Putin, Russia has charted a dangerous course that, if it is allowed to continue, may lead inexorably to a clash with Nato. And that will mean a war that could so easily go nuclear.” (source)

Talks between Washington and Moscow that aimed to broker a peaceful solution in Syria broke down completely last week.

The rift between the U.S. and Russia deepened Monday as the Obama administration quit talks over the failed cease-fire in Syria, saying Moscow’s role in the bombardment of Aleppo left nothing more to discuss.

The decision ends for now prospects for a truce and threatens to send the long war in a perilous new direction and makes hopes for a political settlement more distant. (source)

#4 Russia is no longer participating in a nuclear disarmament agreement that has lasted since 2000.

Russia has backed out of a deal to convert 34 tonnes of weapons grade plutonium into nuclear fuel each year.

Russia has just withdrawn from its agreement to dispose of enough weapons-grade plutonium to make 17,000 nuclear warheads.

And…they’re blaming the change of heart on the US.

In the year 2000 Russia and the United States agreed to end the arms race and each turn 34 metric tons of weapons-grade plutonium into reactor fuel every year. The agreement was re-affirmed in 2010.

In a statement, Russian President Vladimir Putin accused the United states of creating “a threat to strategic stability, as a result of unfriendly actions towards Russia.” (source)

#5 Russia is gearing up in Syria

It was reported that Russia has positioned a battery of S300 in Syria.

The specific type is said to be S-300VM, also known as Antey-2500. These are specially designed for defending against ballistic- and cruise missiles. The system will be stationed near Tartus harbor and will protect the Syrian east coast as well as the Russian fleet in the eastern Mediterranean. These also have good capabilities against attacking planes. A volley cruise missile attack by the U.S. against the Syrian and Russian airports and air forces in Syria, discussed in various U.S. papers as the start of a “no-fly zone” war, will be severely hampered by this. (source)

MOSCOW, October 4. /TASS/. One battery of the air defense system S-300 will provide protection for the Russian Navy’s logistic facility in Tartus and Russian ships off Syria’s yshores, Defense Ministry spokesman Igor Konashenkov told the media on Tuesday.
“It is true that one battery of the S-300 air defense systems has been delivered to Syria. It is to provide protection for the naval logistics facility in Tartus and the Russian Navy’s task force,” Konashenkov said. (source)

#6 Four different European militaries have had to head off Russian bombers.

A document released by the French Ministry of defense states that on September 22nd FOUR European countries scrambled fighter jets to head off two Russian Blackjack bombers. The bombers headed across the top of Scotland from Norway, before skirting Ireland’s west coast towards France and Spain. Norway, the UK, France and Spain all sent up fighters to intercept the jets.

According to the statement, the two bombers were first detected by Norway, which scrambled two F-16 jets to accompany them to the north of Scotland – where they were then intercepted by RAF Typhoon aircraft.

French Rafale fighter planes then picked up the bombers after they skirted Ireland’s west coast, before Spain sent two F-18 jets to intercept the Russian planes north of Bilbao. (source)

#7 President Obama seems to be deliberately trying to provoke Putin.

This conflict is not just about Russia. Our own president has engaged in a peeing contest and has been every bit as provocative – possibly even more so. Obama has put boots on the ground in Syria, aiding the rebels who want to overthrow the current government of a sovereign nation.

You CANNOT just show up in another country and start calling the shots because you don’t like the way they do things.

Does he really think he would get away with it?

Is he deliberately trying to provoke other world leaders?

Does Obama actually want a war? Because this is how you get a war.

Is he totally insane?

Does he really think Vladimir Putin will sit back and say okay, fair enough, Barack, no biggie?

And getting into a p*ssing contest with Russia? What is he thinking?

Provoking Putin takes things to a whole new level. It puts millions more lives at risk, because what is currently a civil war could easily escalate into an international conflict with two superpowers on different sides. (source)

#8 Putin is provoking right back.

Recently, Russian stationed troops a mere 50 miles from the US border in Alaska.

Russia has been building its forces in the Arctic due to the natural resources present in the region but the latest move takes things to a whole new level. The forces are scheduled to be in place in less than two years time.

A defense meeting on Tuesday saw Sergei Shoigu, the Russian defence Minister admit that the decision to garrison troops in the area was actually made in 2015 and he confirmed the plans to push ahead with the formation of the Coastal defense division by 2018. The force will protect the coast from the Arctic in the north to the Primary Territory in the south.

It is fair to assume that the targets they had in 1983 will be the same targets as they have in 2018. They are strategic United States facilities that if nonoperational would hobble the United States defense capacity. (source)

Are you ready for this?

Be sure you’re prepped with emergency food, water, and other vital supplies, because when this goes downhill, it will gather speed in a hurry.

We are living in very troubling times and if we’re not careful the time to prepare for what lies ahead will have passed. We need to think very carefully about the preparations we make for the welfare of our family. Here are some resources you may find useful:

Simulation Training: Are You Actually Ready to Use Your Gun in an Emergency?

The 25 Pantry Essentials You Need for Scratch Cooking