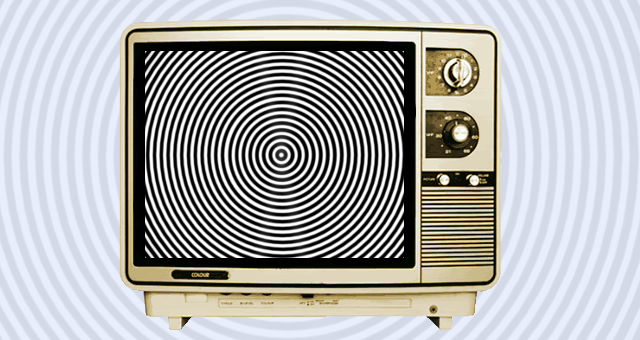 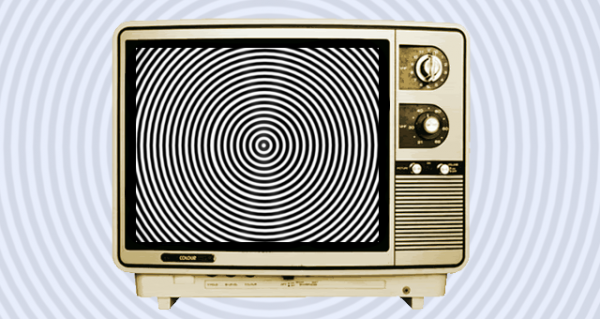 Woven into the ever-evolving narrative of the mainstream media are key plot lines, hidden in the sub-text of so-called current events, going for the most part unnoticed by the public. We could say this happens by chance but since we already know the structure and purpose of corporate media, this would be naive and dangerously forgiving of an organization that plays an authoritative role in manufacturing reality. And since political, economic, social and environmental reality is an affront to our greatest human potential, to say the least, it serves us well to acknowledge and expose the directives we are being provoked into accepting and acting on.

“This complete utter and total connection between perception and experience is understood by that hidden hand, and that’s why the human mind is bombarded 24/7 with downloads of perception.” ~David Icke

Conspiracy. An abused word, but one with tremendous relevance today, as no other word in the english language adequately synthesizes the concepts of plot, motive and wicked intention. Love or hate the word itself, when an examination of media in its relation to reality is given proper due with respect for historical and philosophical truth, it requires willful ignorance to dismiss the fact that there are conspiracies at play in our world, and therefore theories are required to understand and expose them.

There a handful of major conspiracies driving the mainline media’s direction of our attention onto whatever nonsense, propaganda or disinfo happens to be soup du jour for public consumption. Awareness of these disrupts the pattern of top-down, in-your-face control, offering the freedom to consume media without unconscious obligation to the subduing and pacifying world view being forced down our throats by our information overlords.

Here are five of the most important and prominent media conspiracies constantly at work on the public psyche. All are absolutely essential to support and maintain the status quo.

1. The Conspiracy to Make You Love the State

Indoctrination into the nurturing womb of the state is essential for our society to function as it does. As children, we are taught the state’s version of national and international history, we pledge allegiance to the state flag, and we learn a superficial version of how state government works while being told the only alternative is destructive chaos.

This theme of state indoctrination carries on into the mainstream media as state worship is embedded into news, infotainment and entertainment. The most important people are those in public office. The most important opinions come from state employees turned pundits. The most important decisions are those made by the government. Heroes are soldiers. There is no issue or concern which does not warrant action from the state.

2. The Conspiracy to Conceal the True Powers in the World

There is an invisible unelected power which controls government and industry around the world, yet no matter how many warnings we receive from even the most credentialed individuals, the media will never genuinely report on the shadow government, the deep state, secret societies, or the Zionist neocons, opting instead to direct our attention onto government, maintaining the impression that major decisions are made democratically.

Consider how many years it has taken for even basic, propagandistic coverage of Bilderberg to make it to the mainstream. The Bilderberg Group is a gathering of the world’s most powerful private, corporate, and state actors, yet the media still wants you to believe their influence in our world is but a theory.

Furthermore, the banking institutions which have monopolized world currencies into private hands charging every interest for the ability to trade, are fully misrepresented by the media as benevolent and ‘too big to fail,’ ie., too big to prosecute. For a recent example of this, look to CNN Money who put together a shoddy segment on the Federal Reserve Bank of the United States, explaining to the audience how it was not at all political, but rather an independent group intentionally designed in 1913 for our benefit.

3. The Conspiracy to Cover Up the Corporate Rape of the Planet

The rape of the planet physically, economically and spiritually by corporate power and greed is escalating on a global scale, yet the mainstream refuses to give this issue its proper due. Corporations are presented as society’s saviors, bringing us the jobs and conveniences that make life bearable, yet, while we may profit in material terms in the short term, corporate exploitation of the world and its cultures is quickly pushing us into unknown territory where the world’s wealth will be given over to the 1%, and the world’s eco-systems are laid waste.

The Dakota Sioux protest over the Keystone XL pipeline offers a recent example of how corporate media treats important environmental issues resulting from corporate dominance. Silence. Although organic resistance to this is huge and widely covered by the alternative media, only natural disasters that stoke irrational fears make the nightly news.

When was the last time the mainstream news ran an expose of the Athabasca Oil Sands project, or of the widespread destruction of the Amazon rainforest? These issues are vastly critical to our survival, yet never explored by corporate media. Even something as crucial as Fukushima, which is still dumping radiation into the Pacific Ocean five years after the earthquake and tsunami of 2011, gets nary a mention. This disaster is put off as a local Japanese issue and all attempts to bring closure to this are left the hands of TEPCO, the Japanese energy corporation, even in the face of mounting evidence thatFukushima is already affecting life in North America.

4. The Conspiracy to Encourage Self-Destruction

In order to create and maintain the culture of top-down rule, it is mandatory that the populace suffers interminable disunity, widespread apathy, infighting and senseless division. This is fomented by the mainline media’s assistance in the destruction of the individual; for our own self-destruction is the most economical solution for the elite in their quest to destroy us.

The vibration of the news is always as dense as possible, a continual flood of violence, hate, gore and madness, ever refusing concepts and ideas that enlighten, focusing instead on the repetition of insanity. Corporate media, especially from Hollywood, is a non-stop psychic assault serving to color darkly our souls, driving us into inner despair, suggesting to us that we self-medicate, guiding us into the hands of modern psychology for relief from the onslaught.

When the individual is useless to himself, he is useless to his community and to society as a whole. When this is accomplished it is easy to corral us into narrow frames of mind and widespread division, working against ourselves rather than for ourselves.

READ: In 2013 a Rothschild Insider Warned of an Elite Planned Race War in America

5. The Conspiracy to Arrest Consciousness

The war on consciousness is real. It is a concerted effort to prevent the individual from understanding the true nature of the self, from gaining critical self-knowledge, and from maturing beyond childish naivety and intelligence. The prosecution of the war on drugs, heavily promoted in corporate media, is a key strategy, for it inhibits our willingness to explore our own sovereign consciousness, cutting us off from ancient and natural tools of self-exploration, limiting our understanding of what is possible in this human experience.

6. The Conspiracy to Prevent Revolution

We are quickly entering a time when the only way for the elite to prevent revolution is to enact the strict social controls only possible in a world war type scenario, which is presently unfolding before our sleepwalking eyes. The mainstream media participates in the conspiracy to prevent revolution by constantly reinforcing false state narratives about security, privacy and the need for more control, and by continually manufacturing consent for the oligarchy.

The main objective is to prevent disbelief in official government stories and narratives, regularly engaging on the trigger term ‘conspiracy theory‘ to deflate curiosity of the unknown and misunderstood workings of our government. The media are moulding us into self-monitoring, self-policing gatekeepers who are trained to reject revolutionary ideas before they are duly investigated.

When so much of the information we intake is controlled by so few organizations, and the messages we most receive combine to transform us into dis-empowered non-actors in a world being taken over by untouchable global powers, we can safely call it a conspiracy.

The solution, of course, requires us to tune out of corporate media and engage self-education, self-knowledge and in participation in community.

Sigmund Fraud is a survivor of modern psychiatry and a dedicated mental activist. He is a staff writer for WakingTimes.com where he indulges in the possibility of a massive shift towards a more psychologically aware future for humankind. Follow Sigmund on Facebook here.

This article (6 Major Media Conspiracies Happening Right in Front of Your Eyes) was originally created and published by Waking Times and is published here under a Creative Commons license with attribution to Sigmund Fraud and WakingTimes.com. It may be re-posted freely with proper attribution, author bio, and this copyright statement.