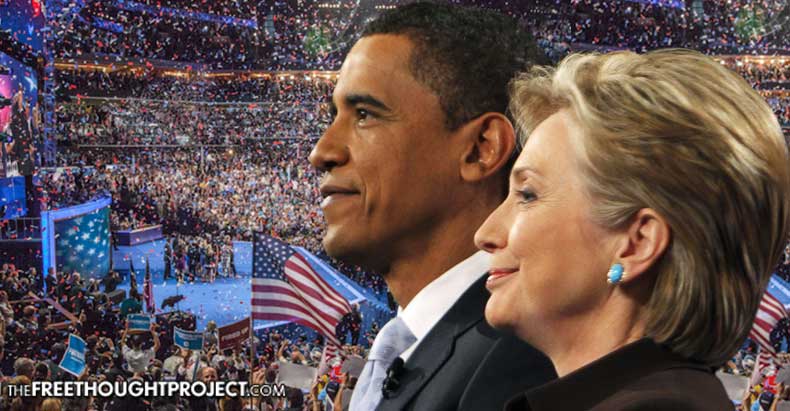 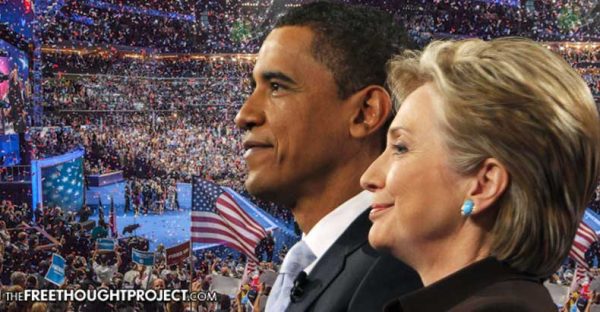 New documents obtained by the RNC through a Freedom of Information Act request show the White House coordinated with Hillary Clinton’s staff and future presidential campaign insiders in early 2015 to lessen the negative impacts of revelations concerning her use of a private email server.

A report from the Wall Street Journal, which viewed a portion of the documents, describes how White House and State Department staff worked to ensure Secretary of State John Kerry would not be asked about the burgeoning server controversy during an upcoming appearance on CBS’ Face the Nation.

Documents also disclose one of Clinton’s attorney’s was told by an official with the State Department that Congress had not been informed the use of the private email server was in violation of State Department policy.

Despite the obvious ethical issues — and additional questions about Clinton’s suitability for the presidency — raised by these documents, the WSJ reports that “Meredith McGehee, chief of policy, programs, and strategy at the nonpartisan advocacy group Issue One and an expert on ethics and campaign finance, said the email exchange would probably raise no legal concerns because federal law permits members of the White House staff to engage in some political activity.”

Hillary Clinton’s arrangement to exclusively use a private email server based in her home first came to light on March 2, 2015, in a report by the New York Times. Clinton’s nascent presidential campaign scrambled to downplay the significance of the server and exploding controversy by essentially calling the issue ‘no big deal.’

As the WSJ notes, “At the time of the initial report, Mrs. Clinton hadn’t formally declared her intention to mount a presidential campaign, but she had begun hiring staff ahead of her formal announcement on April 12, 2015.”

Ten days after the Times broke the story, emails the WSJ viewed show an exchange initiated by White House communications director Jennifer Palmieri asking State Department spokeswoman Jennifer Psaki, “between us on the shows…think we can get this done so he is not asked about email” — referencing John Kerry’s Face the Nation interview, scheduled to occur three days later.

“Agree completely and working to crush on my end,” Psaki replied.

At the time, as the WSJ explains, Palmieri had already announced she would be departing the White House to work Clinton’s upcoming presidential campaign by the middle of 2015. Additional emails show Palmieri ensured Psaki would move from her job with the State Department into the vacated White House communications position.

“Good to go on killing CBS idea,” adding, “And we are going to hold on any other TV options just given the swirl of crap out there.”

Palmieri apparently took a jab at Psaki for the phrase “swirl of crap,” to which Psaki replied, “Ha I mean—the challenging stories out there.”

On Face the Nation, Kerry was not asked about the server or the growing contention surrounding the Times’ revelations, though the latest emails do not make clear how that arrangement was made, and CBS denies the intimation of influence from the State Department or White House.

“No subject was off-limits when this interview was arranged, as is the CBS News standard,” CBS spokeswoman Caitlin Conant asserted, according to the WSJ. “CBS News’ State Department correspondent was in Egypt with Secretary John Kerry in the home stretch of the Iran nuclear deal negotiations and discussed policy issues of the day with him on this official trip.”

State Department spokesman John Kirby also dismissed the idea there was anything untoward in the exchange between Palmieri and Psaki, stating,

“It is common practice for State Department and White House staffers to be in touch when agency officials are potentially conducting television interviews.”

A White House official unnamed by the WSJ explained that email discussed whether or not Kerry should appear in interviews with any shows at all, “rather than any attempt to influence what questions were asked.”

And in another, Kennedy told Samuelson that Politico was “running [a] story that State official said Secretary Clinton did wrong thing. Wildly inaccurate reporting.”

“A Politico spokesman said the organization stood by its reporting,” writes the WSJ. “The story reported that Joyce Barr, assistant secretary of state for administration, had said in testimony to Congress that Mrs. Clinton’s record-keeping practices were ‘not acceptable.’ An internal watchdog report later concluded that Mrs. Clinton’s email use wasn’t permitted under State policy.”

Kirby explained Kennedy was “simply offering a reaction to a press article.”

Notably, Samuelson assisted in the review of Hillary Clinton’s emails to parse out which related to her tenure as secretary of state and which were strictly personal before handing them over to the State Department. But that determination, itself, has been the subject of controversy as the FBI investigation and several FOIA requests have revealed thousands of work-related emails were never proffered to officials.

Samuelson, as The Free Thought Project recently reported, was one of two Clinton aides who received immunity from prosecution for destruction of evidence — despite an arrangement by the FBI to destroy both hers and Cheryl Mills’ laptops.

Whether or not these insider communications and beneficial arrangements actually violated policy or law might be irrelevant in comparison to how such practices further doubts about Clinton’s integrity and ability to just tell the truth.