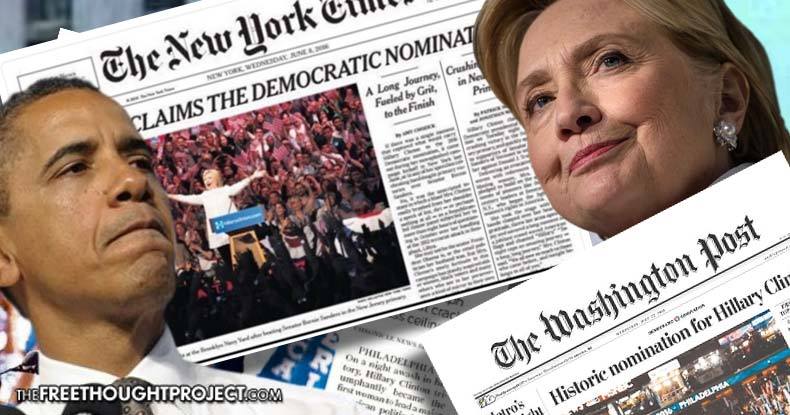 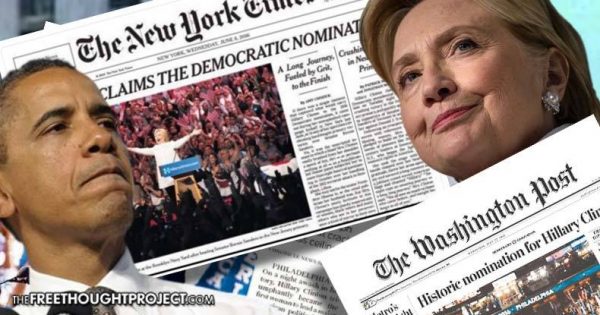 As promised, Wikileaks delivered on documents concerning Hillary Clinton it had claimed for months to be harboring safely for the right moment to release — and the contents do not disappoint.

After only a cursory search using Wikileaks invaluable database, “The Podesta Emails” reveal not only direct evidence of media coordination, but an attempt to alleviate the damage expected to be wrought by the impending 2015 release of a book by Peter Schweizer titled: “Clinton Cash: The Untold Story of How and Why Foreign Governments and Businesses Helped Make Bill and Hillary Rich.”

In the lead-in to this startlingly telling detail are details concerning the upcoming New York Times articles concerning the book, as explained by Clinton press secretary Brian Mook:

“As you are all aware, Jo Becker from the NYT’s investigative unit is one of several reporters at work on stories based on material provided by the publisher of the upcoming Clinton Cash book. Jo’s story is scheduled to run in as soon as one week.

“Separately, this afternoon, Amy Chozick from the NYT called us to indicate she had obtained a copy of the book on her own and intends to file a separate story tomorrow. Her story will not unpack all of the book’s claims — she will leave that to Jo. Instead, she will do a more process-y story about the book’s existence, the fact that the publisher has approached multiple media outlets in advance of the book’s publication to spoon-feed them some of the book’s research, and also remark on the fact that Rand Paul continues to drop hints about the book’s contents such that it appears they may be some coordination with individual Republican campaigns.

“We think this story, though it was not originated by us, could end up being somewhat helpful in casting the book’s author as having a conservative agenda …”

In another document (of many) evidencing the same, dated February 2, 2015, Clinton strategist Joel Benenson exchanges concerns with Mook and a group of Clinton and White House insiders about his concern for upcoming “NYT & WSJ | Econ Stories.”

This particular thread is batted back and forth for nearly a week before the apparent publication of those articles, but not before some nitpicking by the campaign and White House staff.

Mandy Grunwald, Clinton Senior communications advisor, wrote about concerns the articles would be viewed in an unfavorable light, saying:

“I think this piece turned out well.

“But when we define our goals, we have to be clear that we are concerned with helping people who are getting crushed by rising costs and stagnant incomes, not that we’re worried about offending high income groups (our donors). My guess is that this sentence will cause us some problems on the left. One of Mrs. Clinton’s broader goals is to develop ways to address economic anxiety without sounding like a combative populist or demonizing high-income groups, said a person familiar with her thinking.”

“Mandy is right. We keep emphasizing that the most significant pain point for people is that the belief the decked is stacked against them in favor of this at the top. And they’re not wrong.”

Palmieri, as The Free Thought Project reported earlier today, worked directly with State Department spokeswoman Jennifer Psaki in 2015 to “crush” any questions conceivably asked of Secretary of State John Kerry in an interview on CBS’ Face the Nation concerning the budding controversy over Clinton’s use of the private email server.

Even from these brief snippets of conversation between Clinton campaign, State Department, and White House staff, the blatant manipulation of not only mainstream media narrative, but opposing viewpoints is on full display. When one must resort to terming those holding oppositional views “conspiracy theorists,” the integrity of your entire platform and narrative must be called into question.

This trove of documents will surely reveal far more in the days to come.