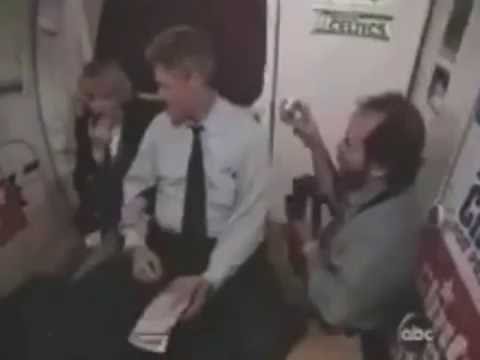 While hypocrite Hillary Clinton is “shocked” by a newly released video showing Donald Trump making some raunchy comments when referring to women, we are curious if she was equally as shocked when she saw a video of her husband actually acting out the very same.

As you’ll see in the uncovered ABC footage below, Bill Clinton didn’t realize he was on camera until it was too late. Moreover, it appeared to be an uncomfortable grope for the woman sitting to his right, because as soon as he sticks his hands between her legs she grabs his arm and moves it off to the side.

Watch for yourself and decide which is worse, a man making a comment about his sexual fantasies with women, or a married President of the United States actually acting them out in what appears to be a very inappropriate, if not criminal, way?

Though she is hammering Trump for being a sexist, Hillary Clinton has thus far avoided re-tweeting the following video capture to her 9 million followers.

But perhaps even more shocking is the fact that Hillary Clinton not only defended a child rapist, she laughed off the fact that she “got him off” after knowing full well he was guilty as charged:

If you are a Hillary supporter, consider which is worse.