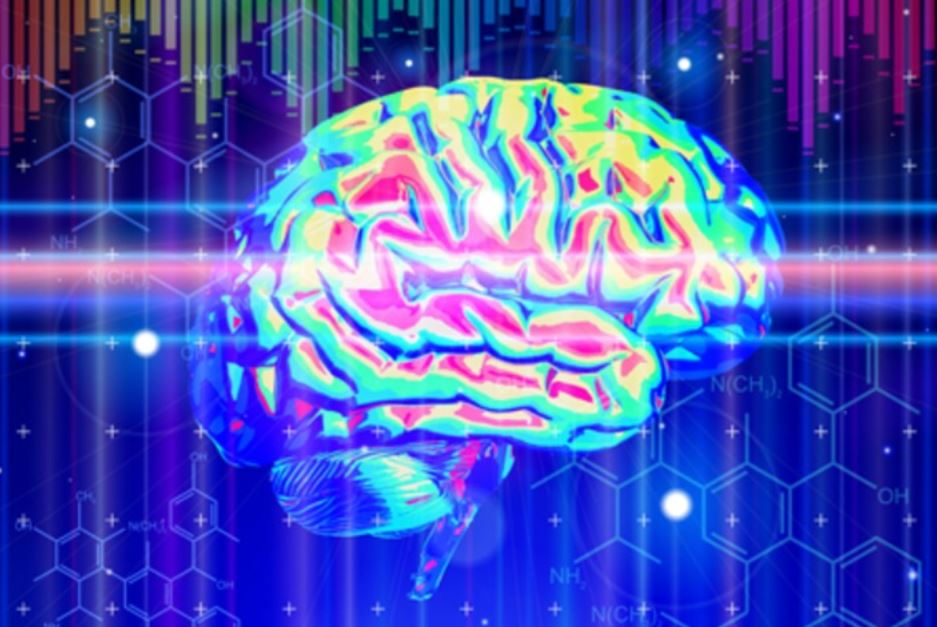 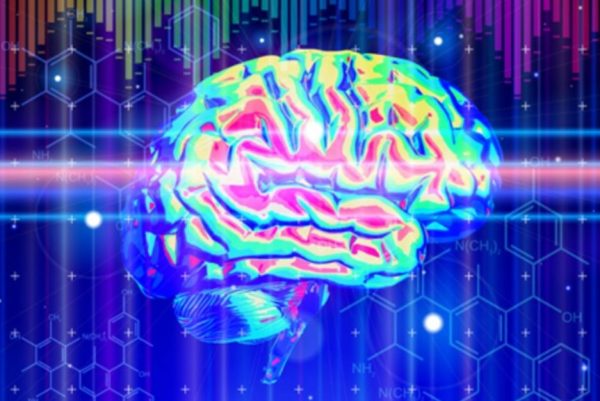 One of the most definitive, expansive and inclusive peer-reviewed papers I’ve ever read on any subject was published July 25, 2016 online at Electronic Physician as an “open access article” that I sincerely hope everyone in the media and healthcare industries will take extremely seriously, especially those who are promoting more and more ‘smart’ appliances and devices that transmit electromagnetic frequencies and radiofrequencies—microwaves, which damage human health more than we are being told by government health agencies at all levels (local, state and national), manufacturers, employers and school districts that even mandate their uses as “new technologies” to learn and to implement.

New technologies are fine IF and WHEN they take into consideration and implement safeguards for human health, which is not the case with microwave technology, but has been the “dream warfare” technology for the United States military and other governments, so anything goes, including our being bombarded with so much microwaves, we now are experiencing more adverse health effects attributed to what’s scientifically termed “Non-thermal Adverse Health Effects.”

The U.S. military has had a GREAT interest in keeping microwave safety standards higher than they should be and not as applicable as the science demands. Dr Magda Havas, PhD, Environmental & Resource Studies, 1600 West Bank Drive, Trent University, Peterborough, ON, Canada, K9J 7B8 on her website published the following incriminating unclassified U.S. Army documents information as to why microwaves are not safe, nor made safer, due to U.S. military involvement with its electronic warfare techniques, which harm everything.

No. 1: “If the more advanced nations of the West are strict in the enforcement of stringent exposure standards, there could be unfavorable effects on industrial output and military function. The Eurasian Communist countries could, on the other hand, give lip service to strict standards, but allow their military to operate without restriction and thereby gain the advantage in electronic warfare techniques and the development of antipersonnel applications.” [Page vii]

No. 2: “Should subsequent research result in adoption of the Soviet standard by other countries, industries whose practices are based on less stringent safety regulations, could be required to make costly modifications in order to protect workers. Recognition of the 0.01 mW/cm2 standard could also limit the application of new technology by making the commercial exploitation of some products unattractive because of increased cost, imposed by the need for additional safeguards.” [Page 24]

Below is the copy and paste job of the Introduction from A review on Electromagnetic fields (EMFs) and the reproductive system, which I hope my readers will take seriously and also take necessary steps to protect yourselves, your children, your pets and your home environment. This is SERIOUS stuff no one is taking as seriously as we ALL should. Those ‘smart’ gadgets’ just may be making you more sick than you can imagine. With 61 References, I think the Electronic Physician article needs to be taken seriously with revisions made to EMF/RF standards by the U.S. Federal Communications Commission (FCC) to reflect them.

“People in the modern world frequently are exposed to electromagnetic fields (EMFs). Human exposure to EMFs comes from many sources, and situations are different in people’s everyday lives. EMFs emanate from power lines, computer devices, televisions, radios, and telephones. There are many factors that influence the degree to which people may be affected by EMFs. For example, body weight, body-mass index, bone density, and the levels of water and electrolytes can alter the conductivity of and biological reactivity to EMFs (1, 2). Therefore, the effects of this environmental pollution can depend on gender, tissue density of the body, the period of life, and the exposure levels to EMFs. Beginning in 1960 when the biological hazards caused by EMFs first were studied, human health became an important focus in the workplace and at home (3). Although, the biological effects of EMFs are still controversial, in general, the negative effects should not be ignored. Currently, people are exposed to various types of EMFs, which are non-ionic radiation that cannot release electrons. They are energy in the form of oscillating electric and magnetic fields that are transformed from one point to another. Many forms of physical energy, such as X-rays, UV light, and sunlight produce EMFs (4). There are several references that classify EMFs, but, in general, they can be considered to consist of four different types. The first type of EMFs refers to extremely low frequency (ELF) EMFs, which are EMFs that are below 300 HZ, and they are produced by military equipment and railroads. The second type, known as intermediate frequency (IF) EMFs, have frequencies in the range of 300 Hz to 10 MHZ, and they are produced by industrial cables and electrical equipment in homes, such as televisions and computer monitors. The third type is hyper frequency (HF) EMFs that have frequencies in the range of 10 MHz to 3000 GHz and are produced by mobile phones and radio broadcasting. Radio frequencies (RFs) also are a part of this category, which has frequencies up to 100 MHz (4). There are also static EMFs that are produced by MRI and geomagnetism and have specified with zero frequency (3). In 1979, Wertheimer and Looper showed that there is a direct relationship between EMFs and the increased incidence of leukemia in infants (5). If the body’s biological system is exposed to EMFs, which produce electric currents and fields, which, in fact, deal with the current and voltage, the normal physiological balance is upset. If the density of the electric current increases to the stimulation threshold, membrane depolarization of the nerves and muscles may result. Electric and magnetic fields at environmental levels may extend the lifetime of free radicals and result in damage to people’s deoxyribonucleic acid (DNA) (6). Some epidemiological studies have been done in various populations, but most have been done in laboratory animals and cell lines (4). The biological effects of EMFs generally can be divided into thermal and non-thermal effects (7). Thermal effects are defined as the heat generated by EMFs in a specific area. The non-thermal effects depend on the absorption of energy and changes in the behavior of tissues without producing heat. EMFs have high penetration power, and they are capable of moving charged particles, such as the electrons and ions of large macromolecules and polymers (7). So EMFs can have devastating effects on tissue with high concentrations of electrons and ions. EMFs that cause changes in the behavior of cells (8) and tissues alter the function of the cardiovascular system (9) and bone marrow (7). Electromagnetic fields can have several different effects on cellular components (10), including disorders of cell proliferation and differentiation (10), damaged DNA in cells, chromosomal abnormalities (11), blood disorders (9), birth defects (12), and various mutations, including those associated with long-term exposure to EMFs. Under the influence of these fields, the balance of the CNS and the hormonal and respiratory systems become weak, resulting in decreased activity of the mentioned organs (13, 14). Research on the effects of EMFs on the endocrine system has focused mostly on melatonin and the derived tryptophan produced by the pineal gland (15). Most of the harmful effects of EMFs act through the protein synthesis process (16, 17). In this regard, enzymes, due to their combination of amino acids, are affected, and their catalytic activity is decreased (4). Studies concerning the cytotoxicicity and genotoxicity effects of EMFs mostly have focused on fibroblasts, melanocytes, lymphocytes, monocytes, and muscular cells in people and on the granolosa cells of rats (18). A declassified 1976 Defense Intelligence Agency report showed that military personnel exposed to non-thermal microwave radiation experienced “headaches, fatigue, dizziness, irritability, sleeplessness, depression, anxiety, forgetfulness, and a lack of concentration (19). A2015 study showed that 2.4 GHz WiFi may be one of the major risk factors for brain tumors and other neurodegenerative diseases (20). Another2015 paper showed that polarized EMF (man-made) was much more active biologically than non-polarized EMF (21). Another paper showed that rabbits experienced heart arrhythmia and increased blood pressure when exposed to 2.4 GHz Wi-Fi (22). A long-term study conducted by Lennart Hardell, a Swedish scientist, on glioma and acoustic neuroma brain tumors showed that RF is carcinogenic. The scientist called for RF to be labeled an IARC Class 1 Carcinogen and recommended urgent revision to safety guidelines (23). A 2011 study by Nora Volkow showed that radiation from cell phones, in areas next to the antenna, increased the metabolism of glucose in the brain. Increased metabolism of glucose is associated with cancer. The study showed that biological changes occur at levels lower than the current FCC guidelines (24).”

This is an open access article under the terms of the Creative Commons Attribution-NonCommercial-NoDerivs License, which permits use and distribution in any medium, provided the original work is properly cited, the use is non-commercial and no modifications or adaptations are made.