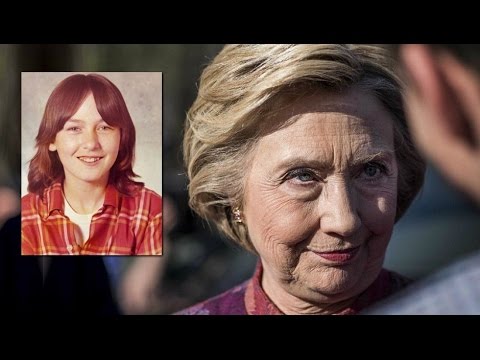 Kathy Shelton – who was brutally raped when she was 12-years-old, planned to sit in last night’s debate audience.

The lawyer who defended the child molester who left Shelton in a coma and helped him get away with it was none other than Hillary Clinton.

The Clinton mouthpiece media will almost instantly try to smear and discredit Shelton’s story by asserting that ALL rapists are represented by lawyers, and that Clinton was merely fulfilling her role as a lawyer who was asked to take on the case.

This is NOT the issue.

"Mr Trump may have said some bad words, but Bill Clinton raped me and Hillary Clinton threatened me." pic.twitter.com/alQusyZBFv

The issue is that Clinton knew the rapist – Thomas Alfred Taylor – fooled a polygraph test. She is on tape admitting that Taylor fooling the lie detector test “forever destroyed my faith in polygraphs.”

In other words, Clinton knew Taylor had raped Shelton, but defended him anyway, helped him get off with just 2 months in jail, then laughed about it.

These are not the actions of a “feminist” or a “womens’ rights champion.”

These are the actions of a sociopath and a rape enabler.

The rest of Hillary’s political career was shaped by her continuing to act as a rape enabler by silencing and intimidating Bill Clinton’s rape victims.

It is crucial that you share the video above in order to decimate the media narrative that will attempt to absolve Clinton of any wrongdoing.

Donald Trump may have joked about women he wanted to f**k, but Hillary Clinton f**ked over numerous women who were victims of rapists and destroyed their lives.

Hillary Clinton is a cold-hearted liar. The lies she told about me, 12 yr old rape victim, traumatized me nearly as much as the rape itself.

I don’t care if Trump said gross things. I care that Hillary Clinton lied, terrorized, & mocked me, defending my rapist.

If I’d had justice vs my rapist, maybe I could have healed. But Hillary Clinton made sure I suffered loss of justice, then laughed it off.