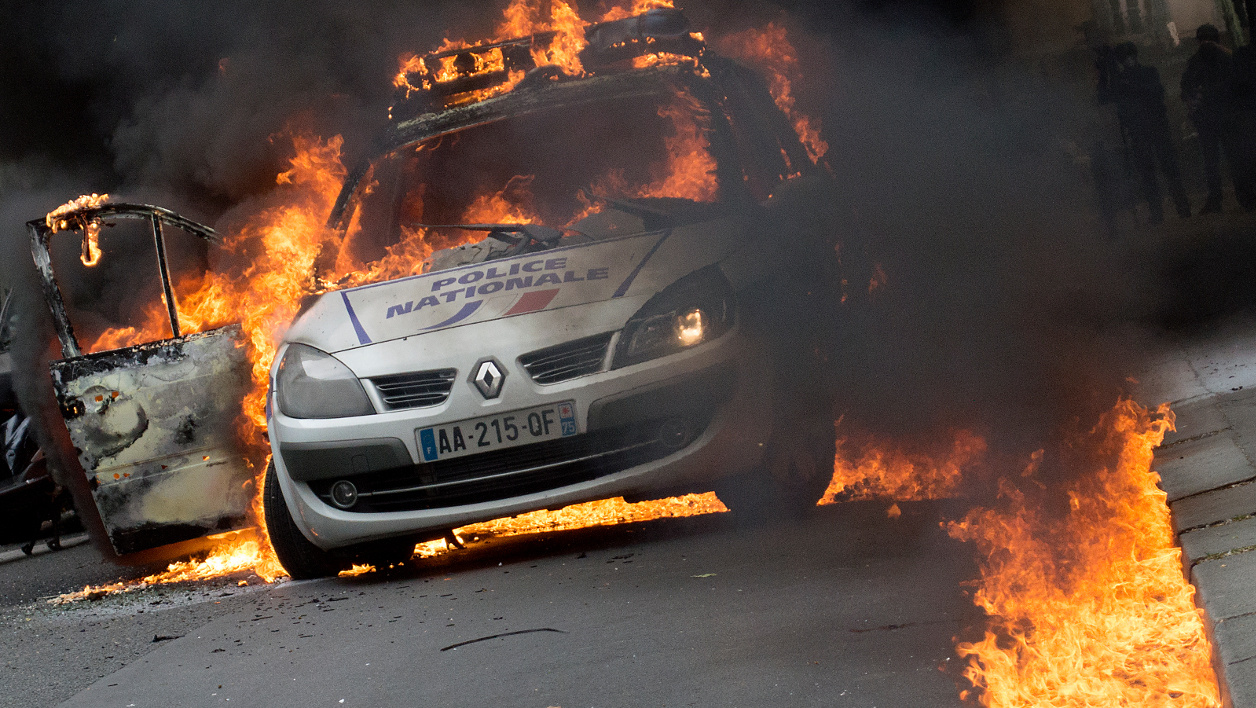 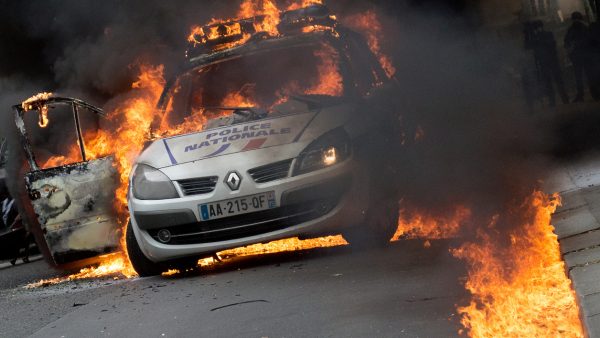 Hillary has vowed to increase these migrants coming into this country by 550%. She must be defeated. Trump is our only hope.

This gruesome attack took place at Grande Borne, site of tens of thousands of car burnings by Muslims over a decade ago and home to Amédy Coulibaly, the man who killed a policewoman and four people in a kosher supermarket siege during January’s Charlie Hebdo attacks.

The Express: A DOZEN masked thugs set four French police officers on fire yesterday after launching petrol bombs at their cars. The officers were in patrol on the Grande Borne – a notorious housing estate in Paris – at the time of the sickening incident.

Eyewitnesses said they were “attacked from all sides” by the cowardly mob, who have yet to be identified.

Four police officers have been hurt, two seriously, when their cars were set ablaze in the troubled Paris working class housing estate Grande Borne on Saturday.

“[A group of] fifteen people attacked the police cars at around 1500 hours,” a representative of the police officers’ union told BFM TV. “Stones were thrown, preventing the police from leaving their vehicles while they were targeted by Molotov cocktails.”
The officers who were initially targeted, a 28-year-old man and 39-year-old woman, were monitoring a CCTV camera recently installed on a crossroads known as the “Bakehouse,” named after a local bakery, when they were set upon by a mob of about 15 people. The injured officers were taken to hospital, while the occupants of the second car sustained minor injuries.

Reinforcements in riot gear were quick to arrive on the scene. However, no arrests were made. An investigation is under way into attempted murder.

The incident prompted swift condemnation from politicians. French President Francois Hollande described the ambush as “unspeakable and intolerable” and vowed in a statement that “everything will be done to find the perpetrators of this attack and bring them to court.”He also said that the injured officers had “the full solidarity of the Republic.”