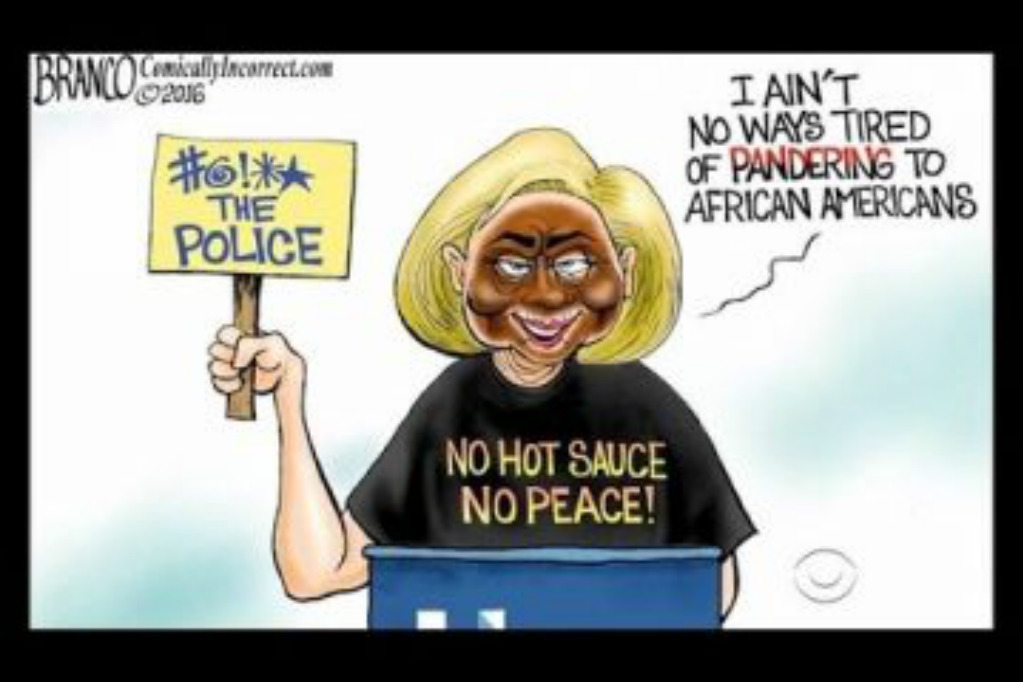 If not for liberal Julian Assange and his government accountability group, this entire election would only be about the many mistakes made by Donald Trump. However, thanks to Assange and WikiLeaks, we know about the MANY, MANY crimes, corruptions, and disgusting behaviors of Hillary Clinton.

The latest one may actually start to dent Clinton’s dominance in the African-American community.

In their latest release of Clinton team emails, WikiLeaks has proven that while Democrat leaders enjoy race-baiting and demagoguing Republicans, they say some of the same exact things themselves behind closed doors.

Conservatives have long (and openly) argued against the welfare state by noting its race-based predilections, and its history of inability to change the economic state of America’s poor. In short, the welfare state does not work as advertised; indeed conservatives argue that the evidence shows that the welfare state entrenches the poor in their poverty. In making such observations, we often note that certain minority groups tend to fare better than others upon immigrating to the USA, and that if some can make it, then all should seemingly be capable of prospering.

It is at this point that Democrats usually cry “Racism,” before pummeling us with ad hominem attacks.

However, it seems that behind closed doors even the leaders of the Democrat establishment understand that something must be amiss when some minority groups excel in our system and other minority groups flounder. Hillary Clinton campaign chief John Podesta went so far as to call African-Americans, Muslims, and Roma “never-do-wells”!

What makes for successful immigration?

It’s no brain surgery, but the media have long failed to provide a clear credible answer. They are unable to come up with an answer or don’t like the answer that’s staring them in the face. The main reason behind successful immigration should be painfully obvious to even the most dimwitted of observers: Some groups of people are almost always highly successful given only half a chance (Jews*, Hindus/Sikhs and Chinese people, for example), while others (Muslims, blacks** and Roma***, for instance) fare badly almost irrespective of circumstances. The biggest group of humanity can be found somewhere between those two extremes – the perennial overachievers and the professional never-do-wells.

Will the African-American community continue to giftwrap their support for people who think so little of them as to say one thing in public and another in private? Hillary Clinton and her cronies have never done anything of any value for the African-American community; in fact, all they’ve ever done is pay lip service without offering any real solutions to the problems that the community faces. At least conservatives have attempted to offer new solutions, all while being honest about our feelings on the welfare state and its impact on minority communities. The Democrats have done nothing but lie, and it’s only made life harder for minority Americans across the nation.

Oh, by the way, WikiLeaks is promising to release even more emails from the Clinton team (Podesta included) in the coming days.

We have published 1% of the #PodestaEmails so far. Additional publications will proceed throughout the election period.

WikiLeaks also just released emails proving that the Clinton campaign was hard at work convincing Donald Trump to run for office a full two months before he had declared his candidacy!

WikiLeaks also has evidence that the Clinton campaign worked with the mainstream media to discredit Peter Schweizer and his well-researched book Clinton Cash. (We already showed you how the Clinton team fed their narrative to a happy-to-oblige George Stephanopoulos.) But WikiLeaks has the emails to prove that the Clinton team had folks “on the inside” in the national media who were willing to help Clinton fight back against Schweizer and his book.

HRC vs Clinton Cash: Communications Director tells HRC "we got a few stories placed… we are also leaking… to the press" #PodestaEmails pic.twitter.com/25aKOu4IF6