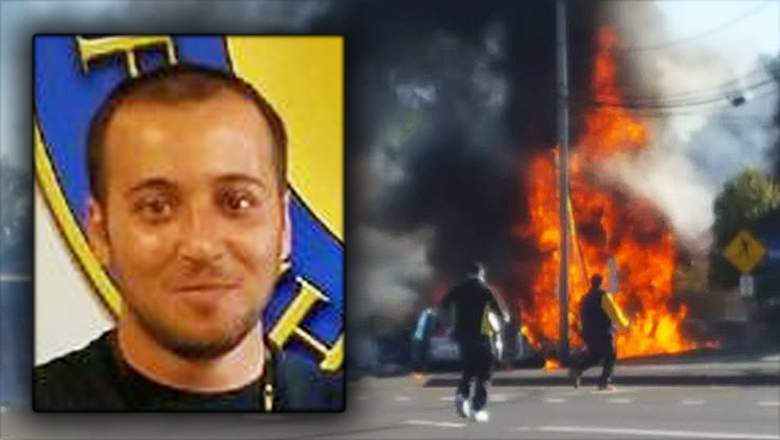 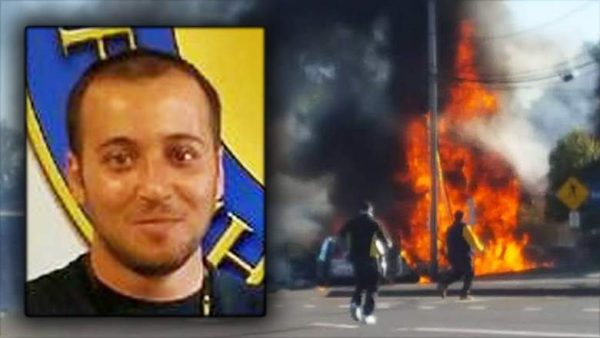 A 28-year-old Jordanian Muslim who who was studying to become a pilot died after crashing a small plane Tuesday afternoon in Connecticut, and the instructor pilot who survived the crash said it was intentional. Arian Prevalla,  another pilot on the plane said, “the crash was not an accident”.

Local and state police, along with several federal agencies, including the Federal Bureau of Investigation, National Transportation Safety Board and the Federal Aviation Administration, are now investigating the crash.

The NTSB said its initial investigation showed the crash was an intentional act. The FBI will be taking the leading role in the investigation

The FBI has raided the apartment in Hartford, Connecticut where Freitekh lived, along with three other foreign nationals who are also studying to become pilots. It also remains unclear as to why Freitekh chose to come to the United States.

Are we really still allowing Muslim foreign nationals to train at our flight schools?

Neighbors told WTIC-TV that four men lived together in the apartment targeted by police.

Sources told the Hartford Courant the three other men who lived there were also foreign nationals studying to become pilots.

Freitekh has videos on his Facebook page of people being beaten in the streets for eating on Ramadan and others showing animals being shot to death.

Feras Freitekh, who died in the crash, came to the United States from Jordan in 2012 on a temporary M-1 visa for flight school, CBS News reports.

His immigration status was later changed to an F-1 visa and he studied at a language school in Toledo, Ohio, the news network reports, before it eventually went back to an M-1 visa.

M-1 and F-1 visas are both student visas, according to the State Department.

Police said the FBI was contacted because of the proximity to Pratt & Whitney.

The aerospace contractor issued a statement after the crash Tuesday:

We are aware of the incident that occurred this afternoon on Main Street. Our thoughts are with the people affected. It does not appear at this time that any Pratt & Whitney employees or contractors were involved. Additionally, there is no impact to our operation here in East Hartford other than restricted traffic flow to the facility’s main entrance on Main Street. We stand ready to assist local officials as needed. Additional queries should be directed to the appropriate local officials.

Police said they have not ruled anything out as far as a possible motive for the crash. They said they could not comment about whether terrorism is being investigated.

“Terrorism is a criminal act,” East Hartford Police spokesman Lieutenant Joshua Litwin said at a press conference. “There is a lot of criminal investigators on scene. Nothing has been ruled out.”

According to police, investigators have also not ruled out that the crash could have been accident, despite the claims from the surviving pilot that it was intentional.

4. The Piper PA-34 Twin-Engine ‘Dropped Like a Rock’ Before the Fiery Crash

The Piper PA-34 twin-engine plane took off Tuesday afternoon from a flight school at Brainard Airport, not far from the scene of the crash, WFSB-TV reports.

The plane was making its final descent back to Brainard Airport when the crash occurred, the news station reports.

It struck a utility pole on Main Street in East Hartford during the crash, and then burst into flames.

East Hartford Police spokesman Lieutenant Joshua Litwin said there are two sets of controls on the plane, but it is not clear who was in control at the time of the crash. Litwin said both men on board the plane would have been able to take control.

A Piper PA-34 twin engine plane similar to the one that crashed in East Hartford. (Adrian Pingstone/Public Domain)

Jonathan Rucker told the Hartford Courant he saw the crash.

Another witness, Frank Crandall, told the Courant, “I saw the plane hit the power lines, go into a power pole and then hit just before a minivan and burst into flames. I thought the power lines were going to come down, so I gunned it.”

The instructor pilot who survived the crash was hospitalized with serious burns, CBS News reports.

He was identified by the Hartford Courant as Adrian Prevalla.

Officials say he is cooperating with the investigation.

He runs the Hartford Jet Center, according to his Linkedin profile. The flight school is based at Hartford-Brainard Airport, where the plane took off from on Tuesday.

Two people who were in a car near the scene of the crash were taken to the hospital after they were traumatized by what they saw, police say. But they were not injured.