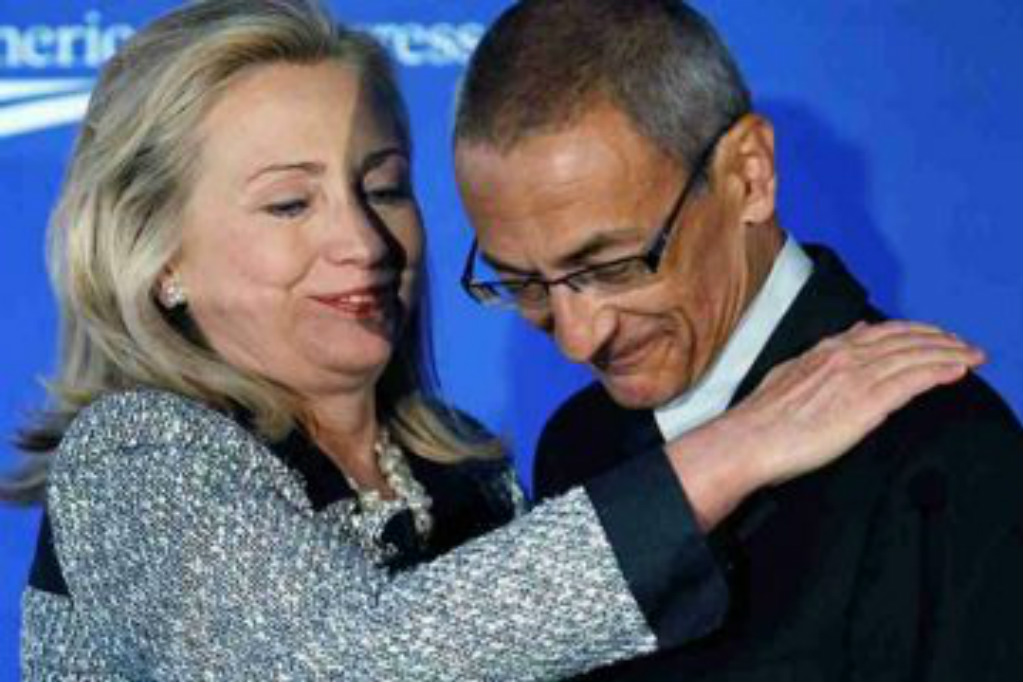 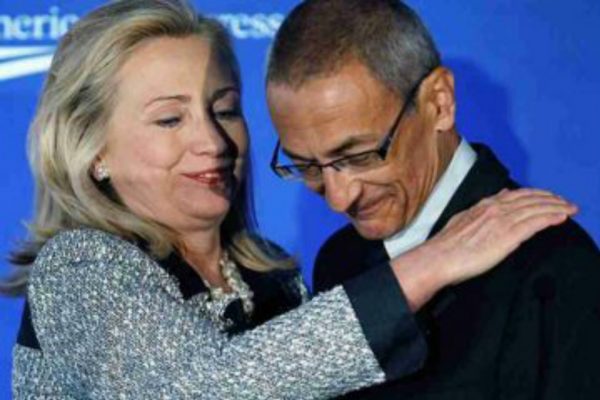 John Podesta is a name that has been heavy in the news with Wikileaks information and others. It seems that he is the go-to guy for all sorts of things – mainly ideas to destroy your opponents by any means necessary. This is the part of the recent release of all the emails that seems to be buried by the news media, yet it comes out not in the favor of Hillary Rodham Clinton.

But one has to understand what is going on and why. If Hillary Clinton was really leading by as much as many claim she is, they would toss some interesting things out there on their own; but now, it almost seems like John Podesta himself is dumping the emails out there for all to see. This at the encouragement of other Democrats who understand the entire Saul Alinsky approach to destroy a real winner by making them look a lot worse than you. Remember, Hillary Clinton – or her organization – has made a call for anything on Donald Trump, and they will pay well to get it.

Now examine why Hillary Clinton wants John Podesta as not only her campaign manager, but also as her chief of staff, should she be elected.

“The Center for American Progress (CAP) describes itself as “an independent nonpartisan educational institute dedicated to improving the lives of Americans through progressive ideas and action” in such areas as “energy, national security, economic growth and opportunity, immigration, education, and health care.” CAP is a key member of the Shadow Party, a network of non-profit activist groups organized by George Soros and others to mobilize resources — money, get-out-the-vote drives, campaign advertising, and policy initiatives — to advance Democratic Party agendas.”

Check out that brief description out: two names one above the other – “Shadow Party” and “George Soros,” together describing an organization that is supposed to be some sort of think tank run by John Podesta. What do the Shadow Party and George Soros have to do with the Center for American Progress? If you read the links, the article we have written before, along with this one, show that Hillary Rodham Clinton, George Soros, and John Podesta are all linked directly to organizations that are out to destroy the very freedoms of our nation.

Let us begin with what John Podesta has done before so you can clearly see how he is working to destroy our Constitution through his advice to people who can work towards those ends.

“John David Podesta was born to an Italian-American father and a Greek-American mother on January 15, 1949 in Chicago.”

Notice how all these Democrats seem to come from Chicago? We are willing to bet that few have ever paid any attention to that simple but critical connection, since Chicago is maybe still the center for a mob – only today, it is a Democratic mob.

“John Podesta first met Bill Clinton in 1970, when he and Clinton worked together on anti-war candidate Joseph Duffy’s unsuccessful Senate campaign in Connecticut. Podesta and Clinton subsequently worked for the McGovern campaign in 1972.”

Here we see the very early connection to the Clintons, some 46 years ago. Yet, John Podesta did not really begin working to destroy the Constitution until a bit later in his career.

“Podesta served on the staff of Senator Patrick Leahy (D-Vermont) from 1981 to 1988. Leahy was an early advocate of circumventing the U.S. Constitution by gaining control over federal courts. Podesta assisted Leahy in pioneering the indiscriminate smearing and filibustering of any and all Republican judicial nominees — a practice previously unknown in Washington.”

Senator Patrick Leahy of the Democratic Party, also called the party of Slavery, worked with John Podesta to “circumvent the U.S. Constitution”! This is not what the oath of office states: to destroy, or even circumvent, the Constitution, but here you begin to see what John Podesta is working to do. Please take a very close look at the following sentence:

“Podesta assisted Leahy in pioneering the indiscriminate smearing and filibustering of any and all Republican judicial nominees — a practice previously unknown in Washington.”

It is extremely disturbing to actually see written words describing what a seated Senator and his staff member did to “work” on the destruction of our U.S. Constitution. This should really be disturbing to anyone who loves freedom as we know it. Our nation abides by the Constitution written by our founding Fathers, and that should NEVER ever be brought to a point where even a few people work to destroy it.

John Podesta developed the very thing Hillary Clinton does today. That is not a fake statement: it is in all sorts of records. Hillary wants to make John Podesta her Chief of Staff, and that would give Podesta what he wants: a clear sight to destroy the U.S. Constitution we all love so very dearly. Do we as a nation really want to place an individual such as John Podesta, a co-creator of the Shadow Party? Podesta is probably the one who advised Hillary to smear and filibuster anyone that goes against her.

“In 1988 Podesta teamed up with his brother Anthony to form the Washington lobbying firm Podesta Associates. One of their first clients was Michael Dukakis. John Podesta served as opposition research director — commonly dubbed a “dirt digger” — for Dukakis’ 1988 presidential campaign.

From January 1993 to 1995, Podesta worked as a White House staff secretary and Assistant to President Clinton.”

John Podesta is called the “Dirt Digger,” which kind of makes you wonder if that is what he is doing today for Hillary Clinton. She needs this crazy man because what normal man in the United States would want to work so hard to destroy the U.S. Constitution?

The Clintons recognized Podesta’s talent for scandal-suppression early. While still a mere staff secretary at the White House in 1993, Podesta found himself swamped with so many scandal clean-up assignments that he nicknamed himself, “Secretary of [Expletive].” “He’s good at it,” James Carville remarked to the Washington Post.”

In these 2 paragraphs, we can see why Hillary Clinton wants Podesta in her office as Chief of Staff: to stop any scandal before it has time to get legs and run her out of office. He did that for Bill Clinton, and he would do so again for Hillary. This alone should make a normal person shudder, since Hillary Clinton would be able to do as she pleases, with no worry about her corruption because her top dog would get her off before the ink could dry. Yes, John Podesta will fight like a mad man to help Hillary get what she wants, including the destruction of the U.S. Constitution, much like he did back in the 1970’s for Senator Leahy. In the last sentence we see the name of James Carville from New Orleans; strange as it may seem, James Carville may be in on these John Podesta email releases. His name comes up a lot, and Carville is a character that may be as bad as John Podesta.

“Podesta’s most lasting contribution to the leftist cause came through his promotion of a strategy that White House aides dubbed “Project Podesta.” This was a system that enabled the Clintons to push through unpopular policies that neither Congress nor the American people wanted. Its implementation marked a dramatic tilt in the balance of power, giving the executive branch an unprecedented ability to force its will on the legislative branch.

Project Podesta enabled the President to bypass Congress through the use of executive orders, presidential decision directives, White-House-sponsored lawsuits, vacancy appointments to high federal office, selective regulatory actions against targeted corporations, and a host of other extra-constitutional tactics.

In short, Podesta showed the Clintons that they could gain by force what they might fail to achieve through legislation. “Stroke of the pen. Law of the land. Kind of cool,” quipped White House aide Paul Begala to The New York Times on July 5, 1998, in response to questions about the Clintons’ growing disdain for the will of Congress.”

It was John Podesta who helped Bill Clinton push legislation through, not in the “Constitutional” way, but through executive orders, much the same way President Obama now does. John Podesta worked to bypass Congress, so that even if Congress stood tall and said no, Bill Clinton, with Podesta’s help, would get it done.

“Project Podesta enabled the President to bypass Congress through the use of executive orders, presidential decision directives, White-House-sponsored lawsuits, vacancy appointments to high federal office, selective regulatory actions against targeted corporations, and a host of other extra-constitutional tactics.”

Is this the way you want your children to remember you: as the parents that allowed a group of more-than-likely Communist-leaning individuals to ruin the nation that was great, prior to Obama and Hillary Clinton? I doubt any parent would want their children to be slaves of the government, and that is what Podesta, Hillary Clinton, and George Soros really want: to control our lives, from birth to the grave. The idea of that is and should be more than enough to stop anyone from voting for anyone associated with this group of people that also is deeply entwined with the Democratic Party.

“After Barack Obama was elected President in 2008, Podesta and at least ten additional CAP experts served as some of his most influential advisers. He was the head of the new President’s transiton team.

In 2010 Podesta authored a report outlining ways in which President Obama could use his executive authority as well as the Environmental Protection Agency to push a progressive agenda on climate policy. Specifically, Podesta wrote that: (a) the EPA could “spur the retirement of coal-fired power plants” — and their replacement with natural gas plants — by mandating stricter carbon dioxide emissions limits; and (b) President Obama should use his executive power to reduce carbon dioxide emissions by 17% by 2020. Before long, both of Podesta’s recommendations were made manifest in actual policy: In 2013, the EPA announced that it was imposing emissions limits that would effectively ban coal-fired power plants unless they installed highly expensive carbon capture and storage technology. And in 2014, Obama said he planned to use executive orders to meet the 17% carbon-dioxide reduction goal.

Beginning in late September 2011, Podesta served one day per week as an unpaid senior advisor to Secretary of State Hillary Clinton, providing his input on foreign-policy priorities.”

We have shown what John Podesta really is and why his name is out in emails connected to all the bad things going on with Hillary Clinton. If this man worked this hard to preserve the Constitution, we would be proud of him; but he is adamantly against the Constitution, and he is working very hard to smear Donald Trump.

Here are some other articles associated with this information: