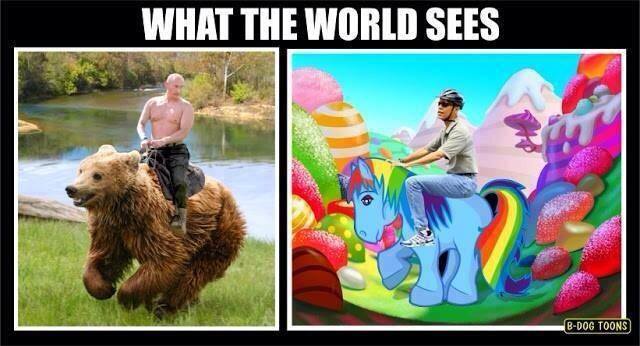 At a rally for Hillary in North Carolina this week, even President Obama was heckled.

.@POTUS to heckler in NC: "Try to get your own rally" https://t.co/7PwaryrCo6

I see what he tried to do there. He tried to be cool. But boil it down.

“This is my rally! Mine! Don’t spoil MY rally! It’s MINE! Get your own rally!”

Just reread the quote without watching the video. Obama sounds like a little kid, just as that video of him showing off his wee wee to a bunch of female reporters over at CNN that resurfaced earlier this week proves he is.

So, to wrap it up, Trump talks about grabbing p*ssy, Hillary is calling Americans every name she can think of (basement dwellers, bucket of losers), and our president acts like he’s perpetually stuck in high school.

Meanwhile Putin is gearing up for actual nuclear war.