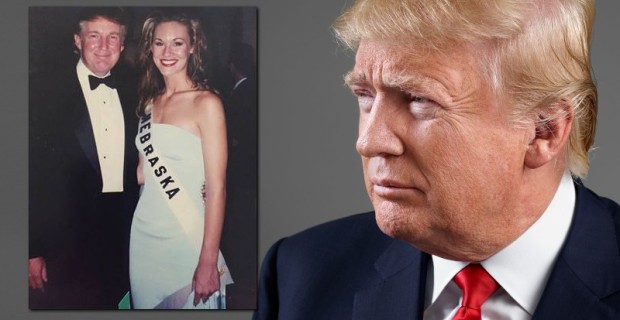 Former Miss Nebraska Teen contest winner Natasha Rickley has slammed the media witch hunt against Donald Trump, revealing that ABC News contacted her trying to get dirt on Trump but that she told them he was “an absolute gentleman”.

“I was contacted today by a producer at ABC News in New York. She is wanting to question me regarding the Miss Teen USA allegations. They also let me know that they are reaching out to All of my fellow contestants from 1997,” wrote Rickley on her Facebook page.

“I am going to be very truthful and let ABC know that Donald Trump was an absolute gentleman. I never witnessed any inappropriate behavior whatsoever the entire 2 weeks that I participated in the pageant. I’m sure that none of my interview will make the news since I have nothing but positive things to say about my experience with Donald. I do find it interesting and important for people to know that these are the depths the media is going to for their smear campaign,” she added.

Rickley’s praise for Trump was backed up by a former Miss Universe manager who came into contact with thousands of pageant contestants and “never heard one accusation against Mr. Trump.”

“I’m coming forward to tell you that these accusations are wrong, they’re false. These young ladies trusted me – if ever there was a time that Mr. Trump had done anything inappropriate, they would have come to me before they would have even gone to their parents,” she said.

The mainstream media has been on a mission to smear Trump with numerous salacious accusations from women that claim Trump sexually assaulted them.

It has now emerged that one of the women – Jessica Leeds – who waited 35 years before making her accusations public – has a history of conflict and a clear vendetta against Trump.

A New York Daily News article from October 2007 reveals how Leeds was locked in a dispute with Trump over trees that were erected on a golf course owned by Trump in Rancho Palos Verdes, California.

Another story out of the L.A. Times from October 2008 reveals how Leeds was also embroiled in a dispute with Trump over a fence outside her house that Trump claimed was on his property.

“If the Palos Verdes Jessica Leeds is the same Jessica Leeds in the New York Times accusations, it certainly raises the question of an undisclosed personal motive, anger over the past, and/or a probable axe-to-grind,”reports the Conservative Treehouse.