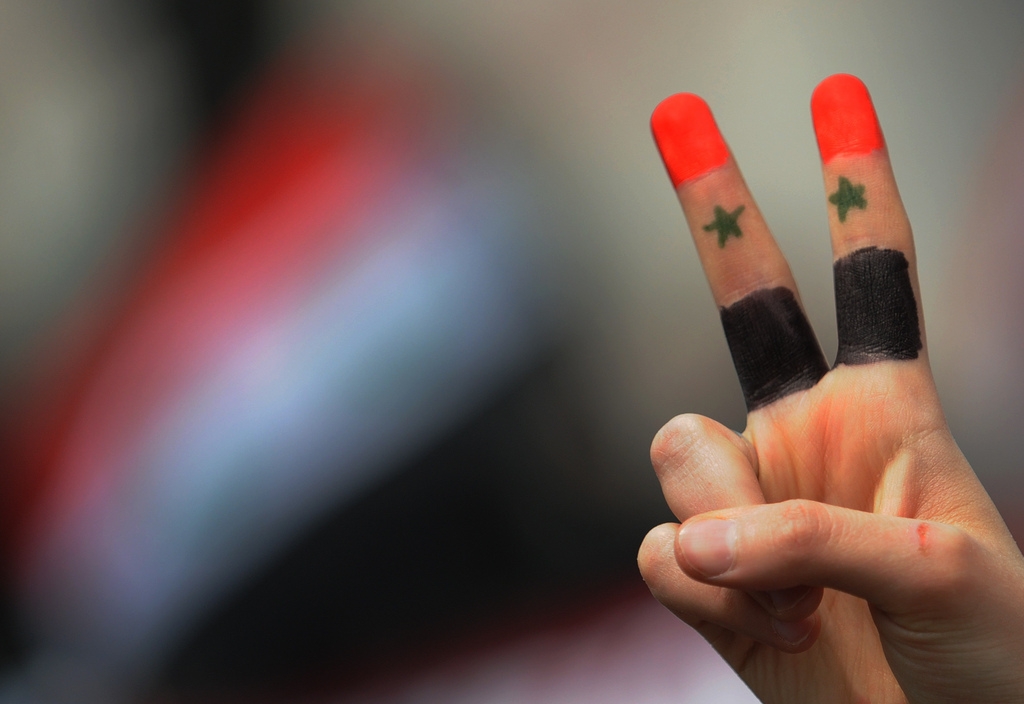 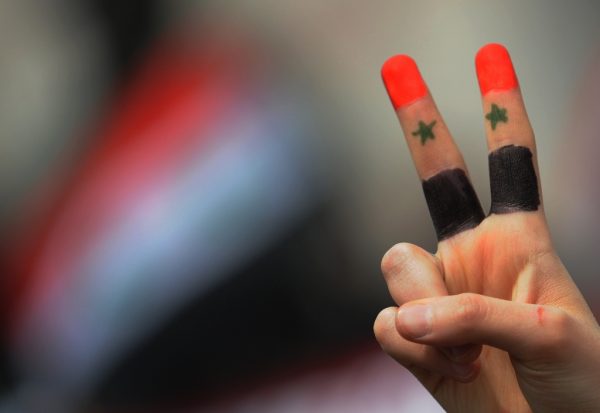 To the vast majority of Americans, the Syrian crisis (as well as the state of affairs in Iraq, Libya, Yemen, etc.) is merely a distant blip on a cluttered radar screen. Competing with issues affecting an individual’s daily life like wages, taxes, and free trade, that small portion of the American population who hasn’t completely zoned out of the political and current-events sphere is increasingly overtaken with the necessities of survival. Those who are able to devote enough time to the Syrian crisis are confronted with an unprecedented onslaught of propaganda demonizing the Syrian government and the Syrian president as “killing his own people,” “brutal,” and “genocidal.” The Syrian people are also victims of the propaganda war as being obsessed with religion, divided, and opposed to their government.

As they are presented by the U.S. media, the Syrian people, like most other people across the world are completely dehumanized. In American media, Syrians are not human. They are numbers. 100 died today. 86 died the day before. Syrians are not mothers or sons. They are not fathers or little children, grandparents. They are blips on a screen and data in a spreadsheet. At least, this is how they are presented to an increasingly hardened American public, a nation that is becoming more and more desensitized to death, destruction, and degradation both at home and abroad.

Having recently concluded a trip to the Middle East, I can safely say that the claims made by Western media are the opposite of the truth.

While my visit centered in Lebanon, we had frequent opportunities to talk with ordinary Syrian citizens either visiting Lebanon or fleeing the ravages of the war in their home country. Indeed, Syrians and Syrian refugees were plentiful in Beirut and many would openly speak about the horrors visited upon them by the West’s proxy war and their trials outside Syria.

What is so important about the fact that these Syrians were being interviewed in Lebanon is the unique benefit of talking with someone not living in their home country because one knows with relative certainty that the person speaking has nothing to lose or gain by giving a false perception of the government. After all, one of the frequent accusations leveled by the Western media is that, whenever one speaks to a Syrian actually living in Syria is that they are handicapped by that person’s fear of retribution from the Syrian government. According to this train of thought, if a man criticized Assad in Syria, he might be subject to arrest and then, of course, torture, execution, and “barrel bombs.”

That being said, out of all the Syrians I met and spoke to – refugees and visitors, Muslim and Christian, male and female – not one of them supported the “rebels” and all of them – 100% – fully supported their government and Bashar al-Assad. These individuals had nothing but hate for the terrorists and nothing but love for Assad and the Syrian government.But that is not the case in Lebanon. In Lebanon, even the most vocal anti-Assad Syrian can speak his mind and be safely out of Assad’s reach. Indeed, even out of ear shot by the Syrian government. A Syrian in Lebanon can speak his piece and do so safely in the knowledge that the alleged “brutal dictator” cannot reach him.

This point needs to be stressed. These individuals were not under threat of a tyrant ready to arrest them if they spoke out against him. They were free of Assad. They could spit on his portrait if they wanted and there is nothing the Syrian government can do to them. Instead, they expressed an incredible amount of pride in their country, their government, and their President.

So, with that in mind, if Assad and the Syrian government are “barrel bombing” their own citizens, committing genocide against the Syrian people, and killing civilians indiscriminately, and if Syrians are free to speak their mind about Assad in Lebanon, why couldn’t I find one Syrian who wanted Assad to “step down” or for terrorists to bring them the “freedom and democracy” the West keeps yapping on about? Perhaps I was looking in the wrong places or perhaps the information coming from Western governments and their media mouthpieces are simply propaganda. Personally, I’ll put my money on the latter.

One striking aspect of Beirut in the context of the Syrian crisis is that one does not necessarily have to seek out the Syrians in order to speak to them. If one only wears a necklace, t-shirt, or bracelet with the Syrian flag, they will come to you. Any indication of solidarity with their country, especially exhibited by a Westerner (even better, an American) and a man who speaks only one word of English will stop whatever he is doing so that he can have a conversation with the foreigner, even if that conversation is done by body language, hand gestures, broken English, interpreters, or Google Translate alone.

Others more skilled in the English language are willing to have long discussions about their experiences, their support for the government, and their hatred for the terrorists infecting their country. They would tell tales of watching people they knew killed in front of them and having lost family or very close friends at the hands of America’s “moderates.” Indeed, in Syria, as well as in the diaspora of the last 5 years, it seems impossible to speak with a single Syrian who has not lost someone close to them.

The sheer magnitude of the crisis is unimaginable in scale, much in the way that the horrors inflicted upon the Syrian people by America’s democracy loving cannibals are beyond the comprehension of most Western audiences. But despite all the bloodshed, loss, and terror perpetrated on Syria by the United States, the Syrian spirit remains and the Syrian people remain some of the kindest, friendliest, and most hospitable people on the face of the earth.

In addition, Syrians remain a seemingly highly informed audience despite the fact that their country has been crippled by warfare for the past five years and that they themselves have been turned into refugees. Knowledge not only of their own situation, but about the players behind it and the developments taking place in Europe and America is common and, while American audiences watch the 24 hours news cycle in utter befuddlement as to the events taking place in Syria, Syrians are profoundly aware of just who is responsible for the crisis their country is facing.

While Americans chalk the crisis up to the “they have been fighting for thousands of years” line or accept the propaganda that Syria is facing a civil war, Syrians know that what they are facing is a proxy war against their government, against their very way of life, and against Russia. Syrians are fully aware of the fact that the terrorists beheading their way across the country are funded by Saudi Arabia, facilitated by Turkey and Israel, and trained by the United States. They are fully aware that there are no “moderates” fighting against the Syrian government and that the United States is responsible for creating the ISIS terror organization it is claiming to fight.

All of this may come as a surprise to Americans but, in Syria, it is well known.

With that in mind, it is an extraordinary thing that Syrians can welcome foreigners visiting their country with such patience and forgiveness. It is truly amazing that Syrian refugees struggling to survive in a foreign country is willing to sit with a citizen of the very country that destroyed his home and killed his family members, smoke hookah with him, and discuss his homeland. It is an unbelievable act of understanding and forgiveness for a man not to judge an American as the enemy and to separate the American people from their government. I was personally struck by the genuine kindness shown to me by people who have been given every legitimate reason to do otherwise.

What the United States is doing to Syria is truly shameful and immoral but, despite the horrors the U.S. and NATO countries have visited upon Syria, the people have refused to give in.

Damascus has seen all that has ever occurred on earth, and still she lives. She has looked upon the dry bones of a thousand empires, and will see the tombs of a thousand more before she dies.

Judging by the people I met, I am inclined to agree with him.