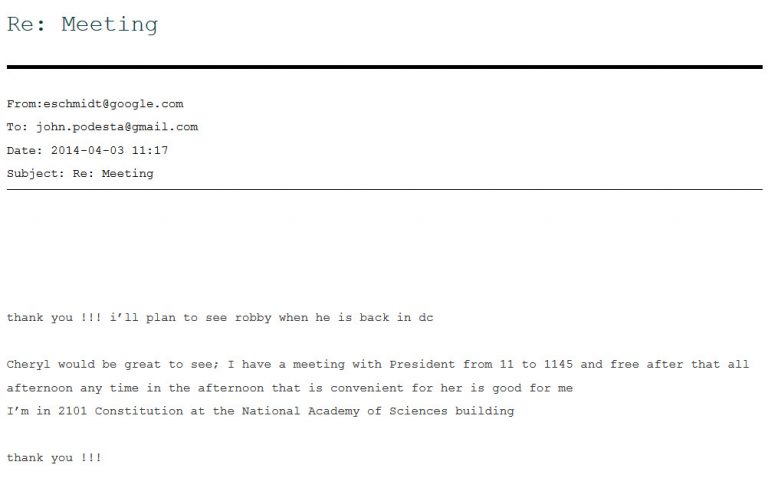 The world is run by social media now. Something can trend on Twitter well before the mainstream media even knows it happened, which is bad for the Powers That Shouldn’t Be because it makes it harder for them to censor, obfuscate, or ignore information they don’t want going mainstream. What happens online is not just important to what happens in reality, it can be detrimental to it.

Take something as simple as a search engine. A search engine is like a window through which people view information online. We interact with it, typing in terms for what we’re looking for, and it talks back to us. We can only hope its showing us what we actually want to see.

It came out a few months ago that the owner of the number one most used search engine in the world Google might be manipulating search terms to favor of Hillary Clinton. For example, if someone types “Clinton Body” into Google to search for the Clinton body count, which at one point was huge a few months back after DNC staffer Seth Rich’s suspicious death, Google tries to auto-finish the term with something else, like “body shop” or “body language” instead. For “Hillary Clinton Cri—” as in “crimes,” it comes back with suggestions like “Hillary Clinton cried after Donald Trump.” And we all know Schmidt himself has discussed how Google is supposed to be smart enough to finish people’s sentences… and obviously they have a wealth of data about what people are talking about online… but somehow Google keeps getting things so wrong on searches about Hillary?

Now the Wikileaks emails seem to suggest that is not only possible but probable, with private meetings between the top Hillary campaign brass and Google Chairman and Bilderberg attendee Eric Schmidt near the start of her campaign.

Here’s an email from Schmidt to Podesta from April 3, 2014 (click to enlarge): 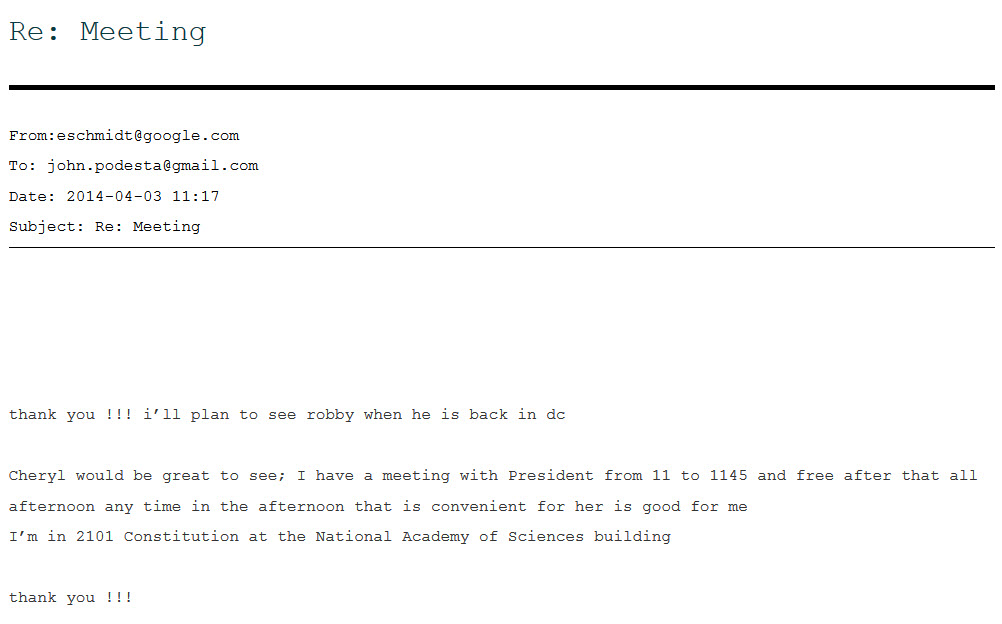 Podesta tells Schmidt he would like Schmidt to meet with Clinton aide Cheryl Mills and current campaign manager Robby Mook, to which Schmidt says,

“thank you !!! i’ll plan to see robby when he is back in dc. Cheryl would be great to see; I have a meeting with President from 11 to 1145 and free after that all afternoon any time in the afternoon that is convenient for her is good for me.”

What other reason would the head of Google have to meet with Hillary’s top people way back in the early stages of her campaign? To talk about the weather and baseball?

This whole game is so rigged…

Realize it and remember this Wikileak the next time you read about Google’s new “fact checker” feature that’s supposed to tell you whether or not news stories are “accurate”.

Yeah right. Accurate according to whom?

New Conspiracy Theory: Does This Email Prove the Clinton Camp Knew Justice Scalia Would Be Murdered?