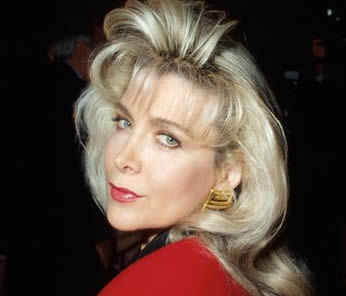 In an exclusive interview with Breitbart, Bill Clinton’s former mistress Gennifer Flowers discussed how the former president paid $200 for her to abort his love child… but he was nice about it.

Flowers, who had a 12-year affair with Clinton that he first lied about then later copped to after she released private audio recordings says that back in 1977, he paid $200 for her to get an abortion but he was “very sweet” about it.

Here are a few excerpts:

“Interesting story. I was a news reporter at the time. I also had a little show, a little for your information show and I had on the lady who was running the abortion clinic because needless to say it was very controversial in town. And I had had her on my show. Well, little did I know at that very moment I was actually pregnant. Well that was in 1977. And I found out later after that interview. And I told her, you know, to arrange something hopefully that was sort of private.

“But yes, I told him (Bill Clinton). And deep down I wanted to hear him say okay well I’m going to get a divorce and we’ll have this baby and everything is going to be fine. And the first words out of his mouth were, ‘Well you know I will pay for an abortion.’

“And of course my heart sunk. And then the reality you know hit me right in the face. That he was married and he was going to stay married. And that’s the way it was. So I thought fine. I wasn’t prepared to have a baby and raise it on my own so I decided to go ahead and have the abortion.”

But at least he was “very sweet” about it:

“He was very sweet. And gentle. And seemed very sorry that I had gone through what I had. I don’t think that he would have changed his mind. But he sincerely seemed to have sympathy and like I said and also cared about the physical pain as well.”

Apparently the affair started three months after Bill and Hillary were married; according to Gennifer, Hillary knew all about it. Hillary’s prime concern appeared to be that Bill not embarrass her.

These people are so screwed up. It’s amazing we might be stuck with them running the White House again. What a nightmare.