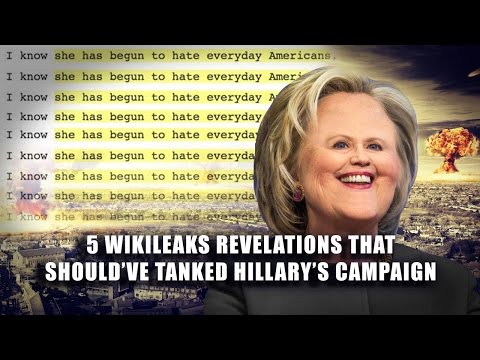 Wikileaks has now dumped over 10,000 of Hillary campaign chairman John Podesta’s emails and the insane amount of corruption and lies coming out of her camp in this election continues to ooze out in big fat slimy piles by the day…

Here are five leaks that came out just this week about Hillary, any *one* of which in a sane world with fair elections (instead of rigged ones run by psycho elites) would have been enough to end her entire campaign for president by now.