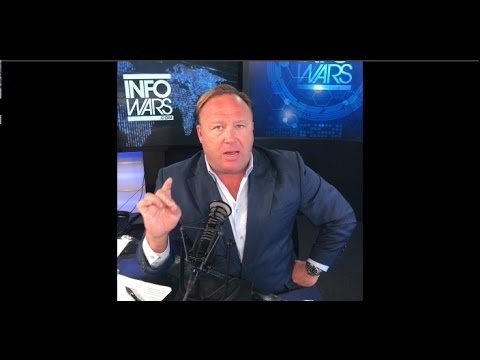 Hillary has no support, so she’s going to try and steal the election!

Alex uncovers the possibility that the globalists will use Russia as a scapegoat to throw the US into chaos, allowing Hillary to steal the election.

Hillary answers to foreign, multinational groups who want to permanently wound America and merge it into their global power structure which only they control.

To accomplish this, the globalists will likely try to steal the election for Hillary and start a military conflict with Russia. Both strategies are complimentary.

Notice how the U.S. is now staging a cyber attack against Russia, despite the fact that Russia doesn’t have anywhere near the cyberwarfare capability of the U.S. government.

This is intended to create a public narrative that Russia poses a major cyber threat that will give the globalists an opportunity to blame Russia for “hacking the election” and respond with warfare.

There is one thing that could unravel their plan: patriots within the government who are aware of what’s going on and don’t want a nuclear war with Russia.