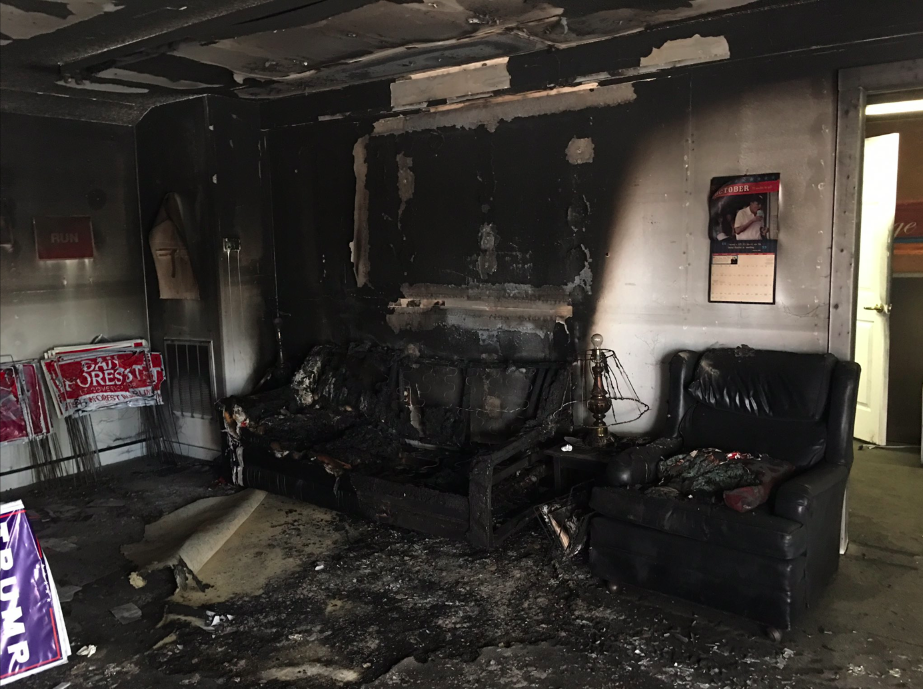 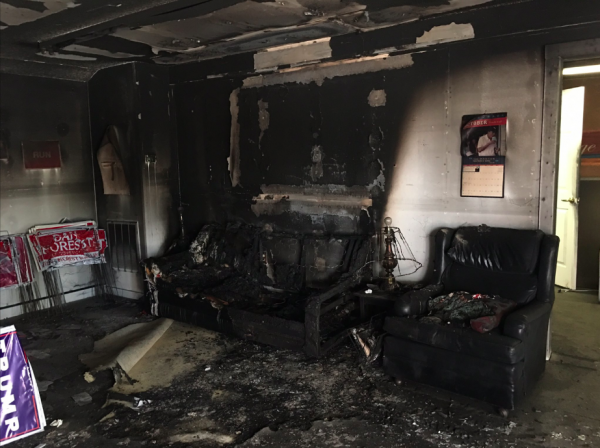 Governor Pat McCrory called the weekend firebombing of a North Carolina Republican headquarters “an attack on our democracy.” What democracy? The left has destroyed the freedoms enshrined in our Constitution. This is the same Democrat party that did this and (and much worse) to blacks in the South standing up for their voting rights. The county is overwhelmingly Democratic. Democrats and independents outnumber Republicans 5-1.

This is Obama and Hillary’s America. This is what their hate and divisiveness wrought.

Republican office firebombed in North Carolina, warning painted nearby: ‘Nazi Republicans get out’

Gov. Pat McCrory Sunday called the weekend firebombing of a North Carolina Republican headquarters “an attack on our democracy,” while one GOP official called it an act of “political terrorism.”

Hillsborough police said somebody threw a bottle of flammable liquid through the window of Orange County’s GOP headquarters, setting campaign signs, supplies and furniture ablaze before burning itself out.

A swastika and “Nazi Republicans get out of town or else” were spray painted on the side of an adjacent building. No damage estimates were available.

“The firebombing of a local political headquarters in Orange County is clearly an attack on our democracy,” McCrory said in a statement. “Violence has no place in our society – but especially in our elections. … I will use every resource as governor to assist local authorities in this investigation.”

Hillsborough police and the federal Bureau of Alcohol, Tobacco, Firearms and Explosives were continuing to investigate. The incident took place in Orange County, home of the University of North Carolina in nearby Chapel Hill.

The county is overwhelmingly Democratic. Democrats and independents outnumber Republicans 5-1.