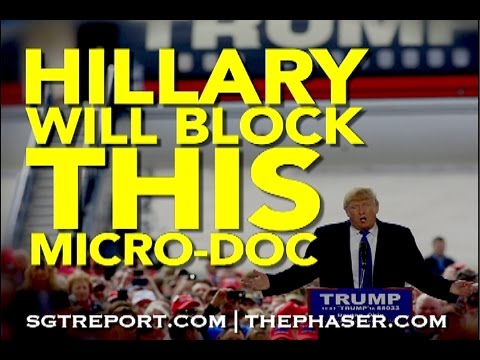 A new micro-documentary from SGT Report exposes the New World Order and its modern day figureheads.

Would you have the courage it would take to look the New World Order in the face – the Rothschilds, the Rockefellers, the Bushes, the Clintons – and tell them exactly what you think of them?

That’s exactly what happened at the Sunday night debate. You can say what you want about Donald Trump but one thing is absolutely certain… the man has courage… I don’t think the significance in the exchange with Hillary Clinton can be overstated… The statements of fact that Trump shared are statements of fact that millions of Americans want to say to Hillary’s face…