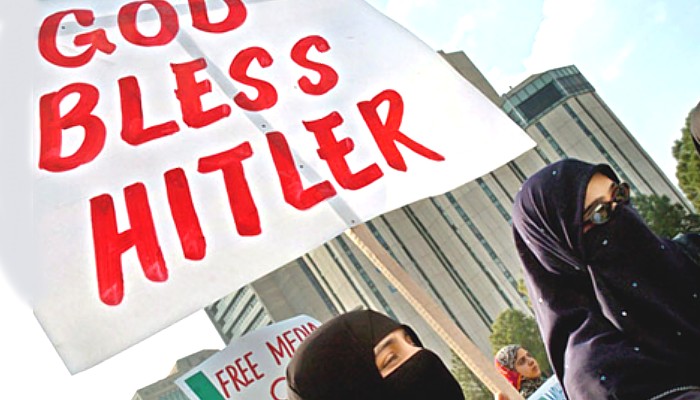 You may have seen the headlines claiming that “hate crimes” against Muslims have soared to levels not seen since 9/11. According to this controversial study, hate crimes had increased 78%. All the media had to do was fill in the boilerplate language blaming Trump and Islamophobic discourse by conservatives. 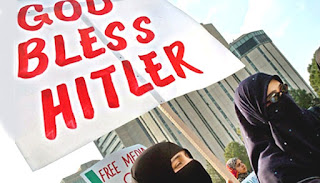 These numbers come from the Center for the Study of Hate and Extremism at California State University San Bernardino. It’s conveniently located around 11 miles from the site of the Muslim massacre in San Bernardino. One of its authors, Kevin Grisham, was the former director of the Center for Islamic and Middle Eastern Studies, and his writings reveal a certain degree of sympathy for Islamists.

The Center for the Study of Hate and Extremism’s board includes Hussein Ibish, who had described Hezbollah’s Islamic terrorists as a “liberation force”.

The Center’s study gets its big claims from small numbers. It compares supposed anti-Islamic hate crimes in 20 states from 2014 to 2015. These results were then handed to the media with scary quotes such as, “Anti-Muslim hate crimes for only those 20 states soared.”

Did they soar across twenty states? Not according to the Center’s own numbers.

And the increases were occasionally significant only if you describe them in very specific ways.

Compare that to 113 cases in the Jewish community.

The statistical games go further. By only comparing two years, the report is able to manufacture shock headlines about a huge surge. But when we look deeper, the surge doesn’t hold up that well.

That dramatic increase in New York works only if you compare 24 incidents in 2014 with 33 incidents in 2015. But if you look back at the 31 incidents in 2011, the sudden spike is not all that newsworthy. Statistical card tricks like these offer rather obvious signs of bad faith.

The Center spends a great deal of time and effort trying to tie this “rise” to Donald Trump. Its methodology is almost childishly sloppy. Its list of “hate crimes” after the Muslim massacre in San Bernardino includes the vandalism of a Sikh Temple.

Sikhs are not Muslims. The vandal, a Latino man, had sprayed gang graffiti on a wall near the temple and had written, “F___ ISIS” on a nearby truck. There was no actual evidence of a hate crime.

But there is a little interest on the left in looking a gift narrative in the mouth.

The New York Times, which received an advance copy of the report, used it to try and revive the infamous Chapel Hill hoax in which the killing of three Muslims by an atheist over a parking dispute was denounced as a hate crime without a single actual piece of evidence. In another murder, discovered by the Times, authorities have “not determined a motive or whether it should be treated as a hate crime”.

In politically correct circles, Muslim fragility and victimization is deemed to be a fact. And it’s just a matter of finding the numbers to back up what everyone on the left knows to be true.

This is the worst possible way to conduct any kind of research. It almost demands sloppy methodology and statistical sleight of hand. The Center report massages the data to produce that sharp increase that is demanded by the media narrative about Muslim fragility. And the media, incestuously, reports on the report that backs up its narrative resulting in a tainted cycle of bias and bad faith.

But the Center for the Study of Hate and Extremism’s report is heavier on implication and editorializing than on facts. After dozens of pages, it fails to do the elementary thing that the FBI’s own reports do, which is break down the various incidents into types of crimes instead of piling them all into one large and vague general category. It is this breakdown that enables us to determine danger levels.

Many of the state reports that the Center relies on don’t do this either making it impossible to determine the seriousness of this supposed spike. California, for example, has the largest number of incidents, yet no breakdowns whatsoever, making it impossible to come to any larger conclusions about them. The Illinois report, while lacking the flashy graphics is far more professional, and notes very little in the way of assaults on Muslims. But it’s the Michigan report which has a very thorough breakdown.

The majority of these incidents fall into the “intimidation/stalking” category which, particularly as it relates to hate crimes, is largely meaningless. There is one case of damage to property, a number of non-aggravated assaults and assorted more minor crimes. There are two aggravated assaults. One of the perpetrators was a black woman. It’s a safe bet that her actions had nothing to do with Trump.

Prosecutors, under pressure by politicians to fight Islamophobia, often tack on hate crimes charges that aren’t supported by the evidence and that are then stealthily withdrawn. A prominent case took place a few years ago in Michigan where a man was charged with “ethnic intimidation” for allegedly trying to pull off a Muslim woman’s veil. Then the charges were quietly pulled due to “issues with evidence” and a chat with the woman’s Imam.

Intimidation and stalking charges are the bread and butter of hate crime prosecutions. They are also often meaningless. A list full of them suggests that instead of a spike in events, political pressure has instead produced a spike in charges that don’t amount to anything. And it’s not much of a spike.

The Center’s spike relies largely on increases in a handful of states. The majority of these states are not particularly conservative making the attempt to tie these increases to Trump all the more hollow. The report is fueled by an unambiguous agenda. That agenda is as obvious as its numbers are bad.

The report frequently references Trump. It spends the bulk of its content on Muslims while sending Jews, African-Americans, Latinos and other groups who experience far more hate crimes to the back of the bus. Why emphasize Muslims at the expense of other groups? Because the report has an agenda.

This is a dangerous, destructive and dishonest narrative. It is the reason that Islamic acts of terror continue to increase. The efforts to stigmatize counterterrorism serves an Islamist agenda.

There is no wave of anti-Islamic terror in America. There is a wave of Islamic terror. That simple truth cannot be silenced. The nation’s greatest hate crime was September 11. Every Islamic act of terror is a hate crime by the racist and supremacist ideology of Islam against America. The best way to prevent Islamic hate crimes against Americans is to limit the growth of the supremacist ideology.