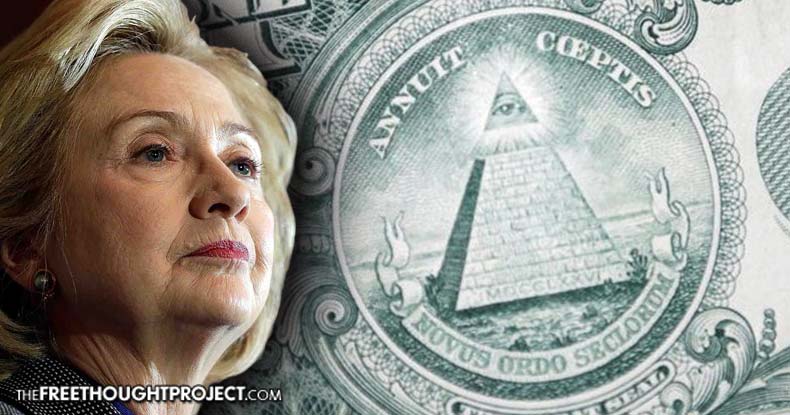 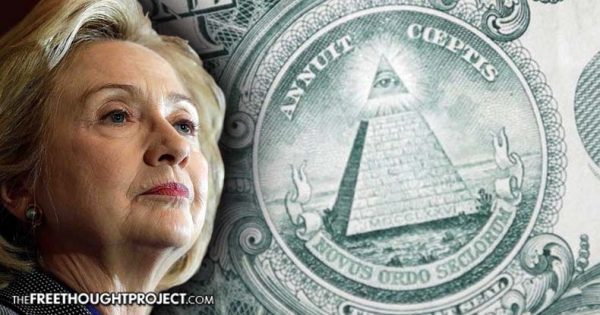 As the torrent of Podesta emails from WikiLeaks continues to expose the crimes of the Clinton dynasty, the FBI on Monday, began releasing their own documents. Buried inside 100 pages of heavily redacted interview summaries from the FBI’s investigation into Clinton are a series of allegations that are nothing short of a bombshell — documenting an ultra-secret, high-level group within the government, who were actually referred to as ‘The Shadow Government.”

This Shadow Government has long been kept in the dark realms of conspiracy theory. However, thanks to these newly released FBI documents, the truth has now become stranger and even more corrupt than fiction.

The document sheds light on the reason Hillary Clinton has been able to escape any and all accountability — she was protected by this ‘Shadow Government.’

According to the document, any Freedom of Information Act requests, in relation to Clinton, were sent to a secret group for review.

Within the FBI documents, an unidentified person describes how FOIA requests having to do with Clinton were routed through these special channels.

“There was a powerful group of very high-ranking STATE officials that some referred to as ‘The 7th Floor Group’ or ‘The Shadow Government.’ This group met every Wednesday afternoon to discuss the FOIA process, Congressional records, and everything CLINTON-related to FOIA/Congressional inquiries,” the FBI’s interview summary said.

According to a report in CNBC, that group, according to the summary, argued for a Clinton document release to be conducted all at once “for coordination purposes” instead of on a rolling basis as would normally be the case. But the “Shadow Government” did not get its way, and the agency in charge decided for a rolling release, the FBI summary said.

However, the summary does not go on to note how many other instances in which this Shadow Government was called in to protect her highness. Also, as the Free Thought Project reported last week, Clinton had help from the FBI, according to a high-level agent who blew the whistle on what they say was a politically motivated, top-down decision to not recommend Hillary Clinton face criminal charges for her mishandling of classified intelligence.

As Heavy notes, a State Department official, Patrick Kennedy, offered a “quid pro quo” if the FBI would flip at least one email from “classified” to “unclassified,” so that it could be released to the public in response to a Freedom of Information Act request. The FBI denies that it acted on any such“quid pro quo,” which according to the documents would have involved allowing the FBI to place agents in countries where they previously were prohibited from doing so — namely Iraq.

The FBI also quickly released a statement denying any such arrangement.

FBI Statement: "There was never a quid pro quo, these allegations were nonetheless referred to the appropriate officials for review." FULL: pic.twitter.com/cezRG7Tt2P

On a separate yet similarly corrupt note, according to CNBC, one claim from the FBI documents that was receiving attention online was that one interviewee said there was a “stark difference” between Clinton’s “obedience to security and diplomatic protocols” and that of former Secretary of State Condoleezza Rice. Clinton, the interviewee said, “blatantly” disregarded such protocols, including her frequent refusal to attend foreign diplomatic functions with the local ambassador.

“This frequently resulted in complaints by ambassadors who were insulted and embarrassed by this breach of protocol,” the interview summary said, adding that the subject claimed that “Clinton’s protocol breaches were well known throughout Diplomatic Security and were ‘abundant.’”

When the FBI is releasing documents that refer to a ‘Shadow Government’ that protects who will likely be the next president of the United States, the paradigm is shifting. This willingness to expose their own corruption likely means one of two things. Either the government is being more transparent because society is demanding it — or, they know the people can’t do anything to stop them, so secrecy no longer matters.

Either way, 2016 is quickly becoming the year conspiracy theorists were proven right.