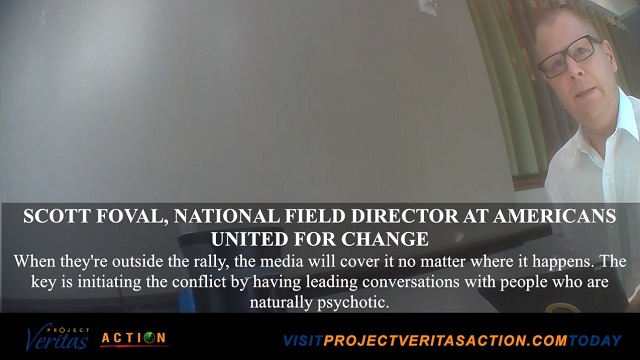 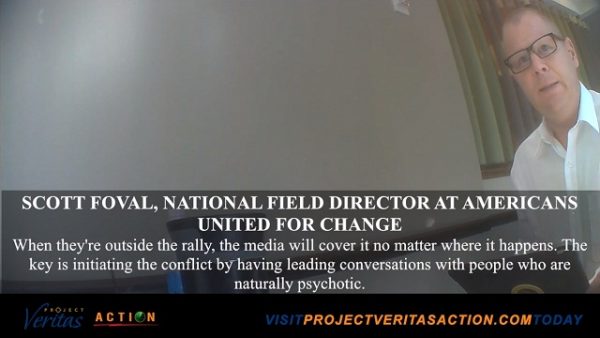 Shocking undercover video shows high level Clintonite-Democrat “dark arts” operatives bragging how they use trained, paid provocateurs to incite violence at Trump rallies.
The protest in Chicago was their work. They were behind the shut down of the only road to a Trump rally earlier this year in Phoenix. They even paid a 69-year-old infirm woman to incite violence at one of Trump’s rallies in North Carolina.

This is nothing less than a criminal conspiracy to subvert our republic — and it goes to the highest levels of the Clinton campaign.

In this explosive new video from Project Veritas Action, a Democratic dirty tricks operative unwittingly provides a dark money trail to the DNC and Clinton campaign. The video documents violence at Trump rallies that is traced to the Clinton campaign and the DNC through a process called birddogging.

A shady coordinated communications chain between the DNC, Clinton Campaign, Hillary Clinton’s Super PAC (Priorities) and other organizations are revealed. A key Clinton operative is on camera saying, “It doesn’t matter what the friggin’ legal and ethics people say, we need to win this motherfucker.”

Here’s a chart of the scams they pulled: Remember the insanity which went down in Chicago? Here’s one of the shills behind the Phoenix event — who was exposed almost immediately by internet sleuths: