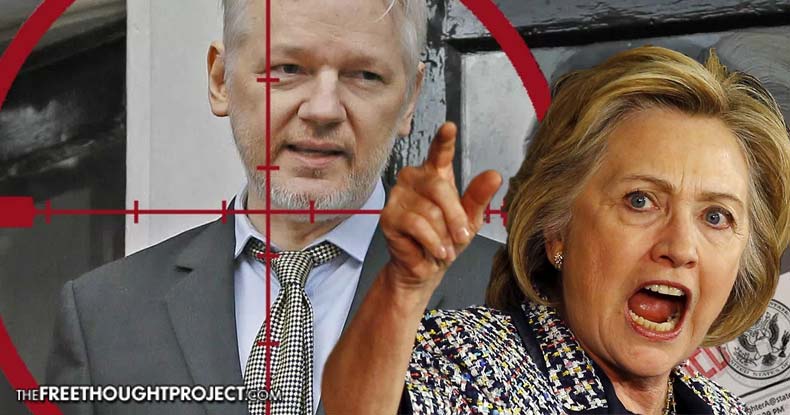 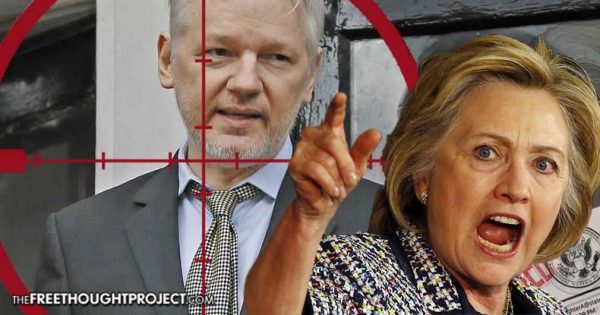 Wikileaks continues dropping bombshell revelations in its coordinated October Surprise of documents and emails hacked from Hillary Clinton campaign chair John Podesta — so many, in fact, it has been difficult to keep up. Damning best describes information released so far — damning not only for Clinton, but countless top U.S. politicians, officials, the FBI, the State Department, President Obama, corporate media, Big Banks, and nearly innumerable others.

For all intents and purposes, the sheer volume of damaging information should, theoretically, lay waste to Clinton’s bid for the presidency — if not land her behind bars.

Nonetheless, the same corporate media — proven in the leak to have colluded with the Clinton camp to have actively crafted the narrative about her personal email server, among other things — has dismissed the significance of the leak, and CNN even hubristically and falsely scolded actual journalists with integrity for their ‘illegal’ perusal of the cache.

And Sunday night, in an albeit unverified act of possible reprisal for the October Surprise, Wikileaks tweeted that “Julian Assange’s internet link has been intentionally severed by a state party. We have activated the appropriate contingency plans.”

Julian Assange's internet link has been intentionally severed by a state party. We have activated the appropriate contingency plans.

This, after previous cryptic tweets appearing to hold keys to files on U.S. Secretary of State John Kerry, Ecuador, and the U.K.’s Foreign & Commonwealth Office drew widespread and unfounded speculation about Assange’s assassination — under the assumption his ‘dead man’s key’ had been tripped.

Alternate theories to the intimation an unknown agent of an unknown state continue to run the gamut from the outright humorous to subtly tongue-in-cheek — including an account claiming to be Verizon Wireless Support offering its services, which drew the response, “If this is Verizon Support, I am Neptune of the Oceans.”

But the bizarre events didn’t end there. Donald Trump’s controversial and prominent advisor Roger Stone also took to Twitter with the accusation, “John Kerry has threatened the Ecuadorian President with ‘grave consequences for Ecuador’ if Assange is not silenced,” followed by, “Reports the Brits storm the Ecuadorian Embassy tonite while Kerry demands the UK revoke their diplomatic status so Assange can be seized.”

Wikileaks and its intrepid founder no doubt constitute one of the U.S. government’s most despised ‘enemies number one,’ with the enormity of disclosures leaked over its ten-year history lending credence to the accusation a state actor would indeed cut off one of Assange’s paltry remaining means of outside communication from inside his haven-turned-prison inside the Ecuadorian Embassy. Following are a mere sampling from the Podesta leaks thus far — any one of which evidences why there likely is a state target sight trained on Assange’s forehead.

In fact, Hillary Clinton once flippantly joked about assassinating Assange in a drone strike as revealed in a recent document — and though she has since employed the most notorious of government cop-outs, ‘I don’t remember saying that,’ further evidence disputes the remark constituting a humorous quip.

“Can’t we just drone this guy?” Clinton asked during a meeting in 2010, according to an anonymous source inside the State Department.

However, following that meeting, as The Free Thought Project reported, “Clinton aide Anne-Marie Slaughter emailed Clinton and aides Cheryl Mills, Huma Abedin, and Jake Sullivan with the subject ‘RE an SP memo on possible legal and nonlegal strategies re Wikileaks.’” True Pundit reported that email’s attachment — potentially fleshing out said strategies — has not been found by any of the various agencies investigating Clinton’s emails.

In what it deemed “the holy grail of U.S. journalism,” Wikileaks unleashed the full transcripts of three paid speeches Clinton gave to Goldman Sachs in 2013, attached to an email dated January 23, 2016, sent by top aide Tony Carrk — who marked certain “problematic” excerpts in the event those texts ever surfaced publicly.

So problematic, in fact, Carrk prefaces the email: “Attached are the flags from HRC’s paid speeches we have from HWA. I put some highlights below. There is a lot of policy positions that we should give an extra scrub with Policy.” In one of the many speech passages, given during a Goldman Sachs conference in June 2013, Clinton heralded the need to intervene in Syria “as covertly as possible,” saying:

“The problem for the US and the Europeans has been from the very beginning: what is it you – who is it you are going to try to arm? […] How do intervene – my view was you intervene as covertly as is possible for Americans to intervene. We used to be much better at this than we are now. Now, you know, everybody can’t help themselves. They have to go out and tell their friendly reporters and somebody else: Look what we’re doing and I want credit for it, and all the rest of it.”

But the retroactive scrubs of Clinton’s highly-paid speeches appear to have been an ongoing practice. As the Intercept reported, in November 2015, Clinton campaign speechwriter Dan Schwerin retro-edited a $260,000 speech she gave to Deutsche Bank in 2014, by strategically adding a passage critical of Wall Street “precisely for the purpose of having something we could show people if ever asked what she was saying behind closed doors for two years to all those fat cats.”

Schwerin continued, “I wrote her a long riff about economic fairness and how the financial industry has lost its way. Perhaps at some point there will be value in sharing this with a reporter and getting a story written. Upside would be that when people say she’s too close to Wall Street and has taken too much money from bankers, we can point to evidence that she wasn’t afraid to speak truth to power.”

Additional emails surrounding the contentious Big Bank speeches show insider rifts over dealing with an obstinate Clinton family intent to make hefty profits when to do so would not have been politically prudent — such as a speech former President Bill Clinton had been set to give within days of Hillary’s formal announcement of her candidacy.

“I know this is not the answer she wants, but I feel very strongly that doing the speech is a mistake — the data are very clear on the potential consequences,” Clinton campaign strategist and manager Robby Mook wrote. “It will be three days after she’s announced and on her first day in Iowa, where caucus goes [sic] have a sharply more negative view of Wall Street than the rest of the electorate. Wall Street ranks first for Iowans among a list of institutions that ‘take advantage of every day Americans’, scoring twice as high as the general election electorate.”

While the long-sought transcripts and inter-office quibbling proving Hillary’s fealty to Big Banks and Wall Street certainly prove what many surmised, in another wholly unexpected revelation, it was revealed the former secretary of state — and by extension, the U.S. government — had known for some time its ally Saudi Arabia funds and assists the terrorist organization known as the Islamic State.

Ironically discussing potential strategies for combating the group’s growing influence in the Middle East in August 2014, Clinton stressed the need to “use our diplomatic and more traditional intelligence assets to bring pressure on the governments of Qatar and Saudi Arabia, which are providing clandestine financial and logistic support to ISIL and other radical Sunni groups in the region.”

Apparently not a secret among State Department and other government insiders, the Saudi funding and backing of the terrorist group should — in an atmosphere less infused with corruption — brought an immediate end to billions in arms and other military equipment to the Kingdom.

Each of these stunning disclosures would certainly give Wikileaks and Julian Assange sufficient concern to consider himself a marked man — but the organization’s dedication to provide the transparency so vowed and not delivered by the Obama administration make such leaks in indispensable tool for journalists dedicated to truth, and the public so desperate to know it.