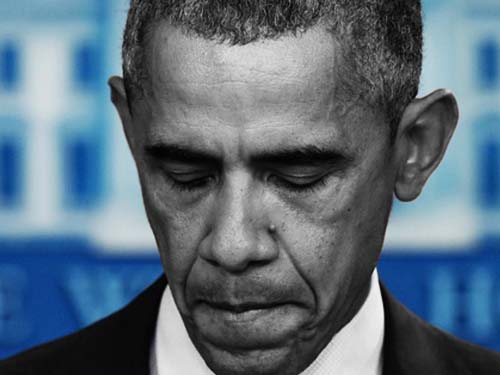 What is going on here? Is there a breakdown in the programming?

How come every time Obama tries to publicly diss Trump, he stutters?

You probably remember the time Obama tried to slam Trump on racism and division (ironic, no?) during a campaign event for Hillary in Indiana last summer. He started stuttering and almost couldn’t stop, like a glitch or a skip in a broken record:

Then in July I asked if Obama has some kind of built-in fail-safe mechanism that bars him from knocking Donald Trump after it happened again, this time when Obama was trying to diss Trump by saying even Republicans have no idea what he’s talking about… but the words just wouldn’t come out:

Now, while attempting to tell Donald Trump to “stop whining” over the fact that our elections could be rigged, immediately after the exact line where he accuses Trump of “whining before the game is even over,” he has another stuttering jag:

Even when he tries to be cool about it… he can’t.