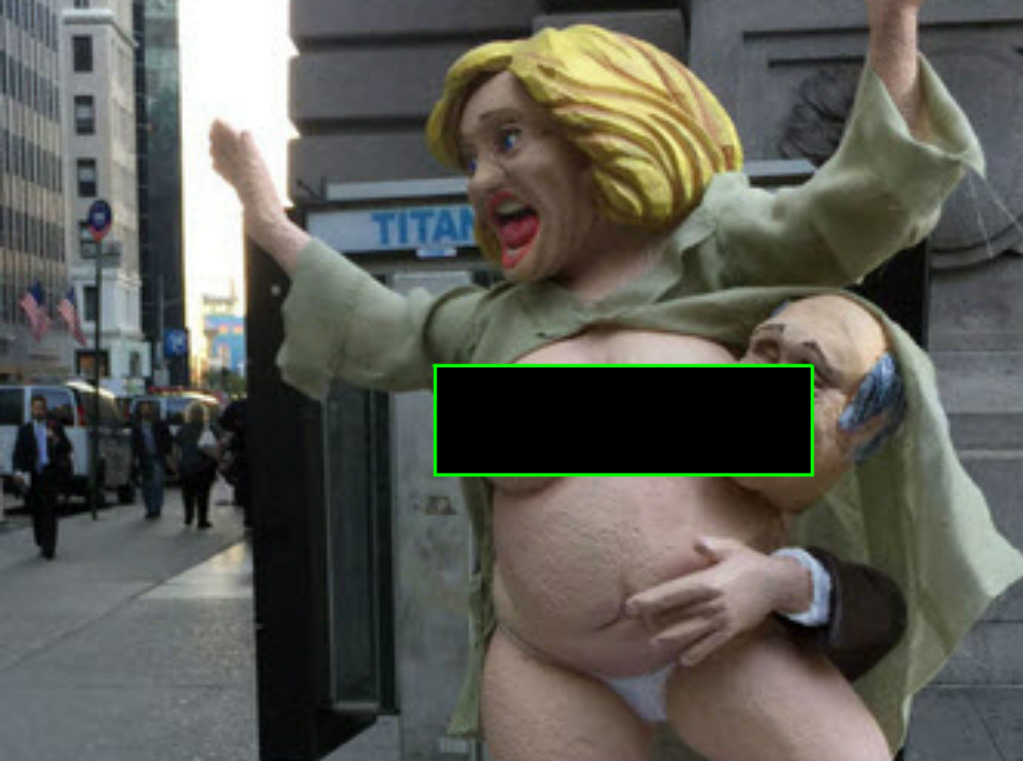 You just can’t make this stuff up, not if you tried.

So remember that naked Trump statue fiasco that caused a scene in several cities across the country?

Sorry but this is even more disgusting. 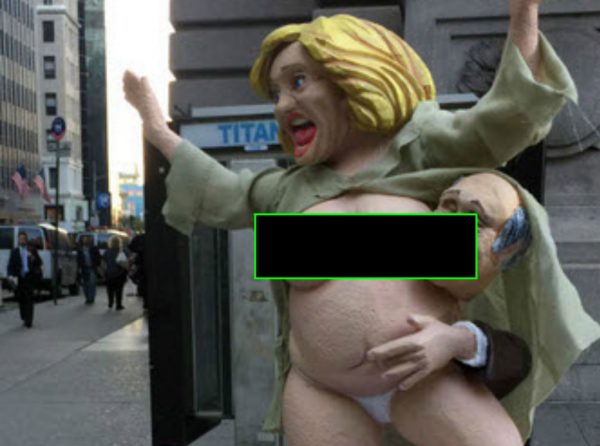 A man later identified as 27-year-old Anthony Scioli was trying to set up a naked statue of Hillary, complete with thong, devil hooves, and a laughing Wall St. banker’s head near her boob… and some women started attacking him and the statue to keep him from setting it up. One of the women knocked the statue over, broke parts off of it and was sitting on it when police were called to the scene.

Not just any police, mind you — it was NYC’s counter terrorism squad who were called in to handle the problem.

Since when are fights over naked Hillary statues a matter of terrorism that needs to be countered with a militarized police force?

Also where did reality go? That’s what I really want to know… because this can’t be it.