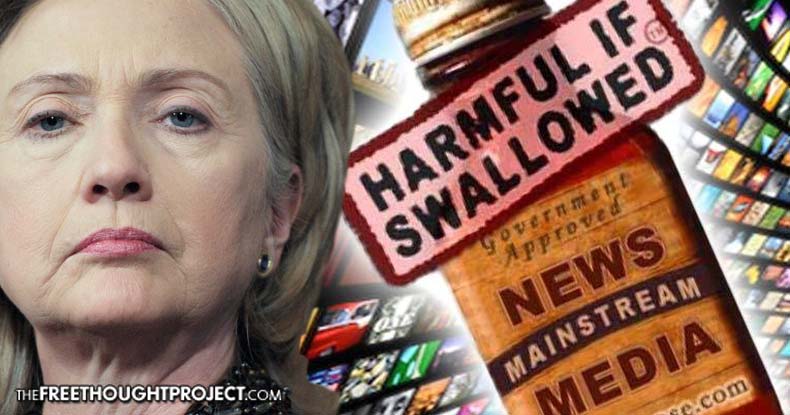 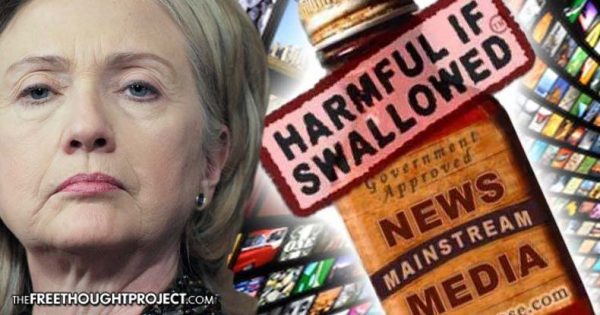 Washington, D.C. – With information coming out of WikiLeaks at a fast and furious pace, it’s difficult for the average person to keep up with the many bombshell revelations being exposed. This is happening so much that the most damning evidence is ending up as background noise in the 24-hour election news cycle without ever making it into the mainstream news.

On October 7th, 2016, WikiLeaks published thousands of emails belonging to John Podesta’s private email archives. More emails have been released in the days that followed. Podesta is Hillary Clinton’s 2016 presidential campaign Chairman. He previously served as Chief of Staff to President Bill Clinton and Counselor to President Barack Obama.

The Podesta emails give insight into why there has been such little fanfare in the mainstream media regarding many of the most damning allegations against Clinton.

The fact that most of the newsworthy information contained in the emails is not being reported by the corporate media is indicative of the incestuous relationship between the mainstream media and the Clinton campaign – and is on full display in the Podesta emails.

While there are dozens of bombshell revelations contained within the emails –including transcripts of speeches to Wall St. banks that Clinton had refused to release, hidden policy positions, and evidence of collusion with brutal regimes – the most damning is the collusion and control of the U.S. media on display in the emails.

Essentially, the media has been weaponized as a means of controlling public opinion by propagandizing the American people. World renowned academic Noam Chomsky, in his book “Manufacturing Consent: The Political Economy of the Mass Media,” detailed how U.S. media frequently serve as an errand boy for U.S. corporate, military and imperial interests.

Chomsky forwarded the idea of what he called a “propaganda model.” Although the book was written in 1988, it speaks precisely to what is currently taking place and clearly revealed in the Podesta emails.

“The media serve, and propagandize on behalf of, the powerful societal interests that control and finance them. The representatives of these interests have important agendas and principles that they want to advance, and they are well positioned to shape and constrain media policy.” -Chomsky

With knowledge of what is currently transpiring, here are the ten most damning Clinton emails regarding the media’s collusion with her presidential campaign, with hotlinks to the original WikiLeaks release.

4. Glen Thrush, POLITICO’s chief political correspondent and senior staff writer for POLITICO Magazine, sends John Podesta an article for his approval. Writes: “Please don’t share or tell anyone I did this. Tell me if I fucked up anything.”

5. Huffington Post contributor Frank Islam writes to John Podesta in an email titled “My blogs in the Huffington Post”, says “I am committed to make sure she is elected the next president.” “Please let me know if I can be of any service to you.”

6. Clinton staffer “Placing a story” with Politico / New York Times: “place a story with a friendly journalist” “we have a very good relationship with Maggie Haberman of Politico” “we should shape likely leaks in the best light for HRC.”

Clinton staff “placing a story with a friendly at the AP (Matt Lee or Bradley Klapper).”

9. CNBC panelist colluding with John Podesta on what to ask Trump when he calls in for an interview.

The reality revealed in these emails is one of media collusion with powerful interests, which only serve to keep the American people in the dark about what is actually transpiring. The exact opposite of transparency.

Please share this article to wake people up to the fact that their news is scripted by powerful entities as a means of influencing people’s perceptions!