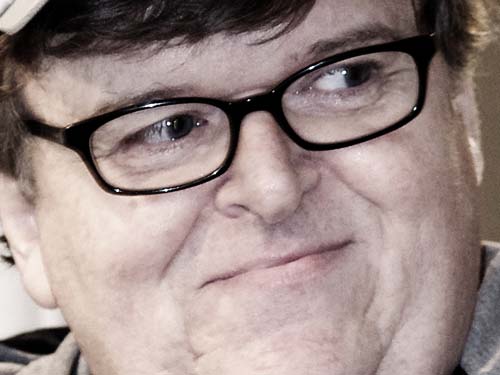 Hypocrite Michael Moore, who was once supposedly against all the wars but is now enamored with Hillary who he admittedly knows will start more wars, is becoming more and more of a cartoon character every day.

The movie has been described as more of a stand up comedy routine/video love letter to Hillary Clinton than a real documentary which he reportedly shot in just 11 days in a southern Ohio theater.

Apparently he found it within himself to get up in front of a microphone and film himself joking, “I hope she did kill Vince Foster. That’s badass.”

What a sick, sick thing to say… even as a joke.

But hey, at least it confirms our suspicions that someone has to be crazy in order to support Hillary Clinton for president. So Michael Moore jokes about Vince Foster being murdered by Hillary… Hillary, who laughs about Gaddafi being lynched…

They deserve each other.

No word on when “Trumpland” will be released, but Moore is making it available to MoveOn.org for their events. He also claims the Clintons didn’t know anything about his pro-Clinton film.