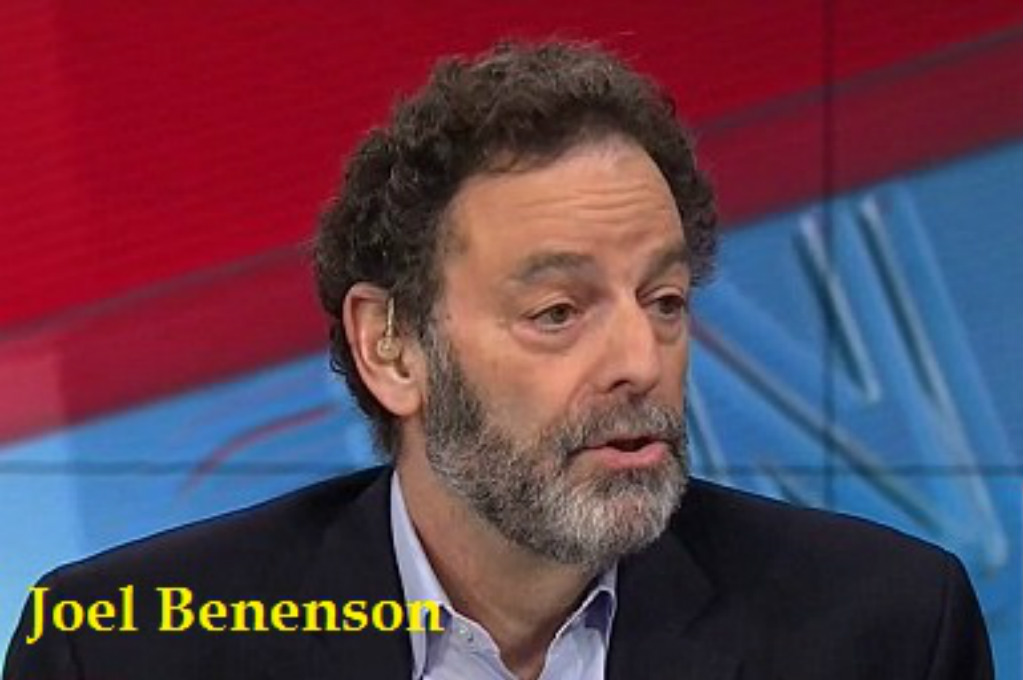 On October 18, 2016, the hacker(s) Anonymous claims that “a source inside the [Hillary] Clinton campaign has leaked an internal polling document that shows her support is gone”.

The document is a report titled Salvage Program from the Benenson Strategy Group, the pollster and strategist for Hillary Clinton’s 2016 presidential campaign. The report looks professional and credible. It’s called Salvage Program because its goal is to “salvage” — to rescue, save, recover, restore — Hillary’s campaign, which is tanking.

In the words of the report (my words are in green):

“At this point Donald Trump has both momentum and enthusiasm. Distrust in the mainstream media is blunting the impact of the collective polling narrative [which implies that the polls we are told are fraudulent — their data manufactured to favor Hillary]. As Election Day approaches, Hillary Clinton’s favorable ratings have crashed to historic lows (12%) in non-partisans and Donald Trump is consolidating support (97% of LV Republican-identifying respondents are either enthusiastic or very enthusiastic about voting for Trump).”

Before we go any further, let’s take a look at what Benenson Strategy Group is, so as to determine if the Salvage Program report is credible.

To begin, an AFP report on Oct. 19, 2016 names Joel Benenson as a pollster for Hillary Clinton and quotes him:

“we don’t appear to be generating the excitement or a sense of a fresh, new candidacy we had hoped for.”

Wikipedia identifies Benenson Strategy Group (BSG) as “a strategic consulting firm,” i.e., a company that uses polling data to provide advice on political strategy to politicians, political parties, and business corporations. The CEO (and presumably the founder) of BSG is Joel Benenson, 64 — a “pollster and consultant known for his role as a strategist for Barack Obama’s 2008 and 2012 presidential campaigns. He is currently the chief strategist for Hillary Clinton’s 2016 presidential campaign.” Born “in New York City to a Jewish family,” Benenson is:

“the CEO of Benenson Strategy Group, a strategic consulting firm, and serves as a communications and polling advisor to the [Obama] White House. He has been a strategist for U.S. senators, governors and mayors, as well as Fortune 500 companies. He was a pollster for the DCCC in 2006, when the Democrats won back the majority in the House of Representatives. […] Benenson is also the Co-Founder of iModerate Research Technologies. In January 2015, Hillary Clinton hired Benenson and Robby Mook as strategists.”

The Benenson Strategy Group’s report, Salvage Program, is 7 pages long, and is marked “Do Not Distribute – Do Not Copy” at the bottom of each page. Here’s a screenshot of the top of page one, with BSG’s address and logos of BSG and the Clinton Foundation (who pays BSG):

Salvage Program begins by specifying that “no skews or narrative screens were employed”:

Translated into plain English, “no skews or narrative screens were employed” means the BSG report Salvage Program is delivering the truth of what BSG has found in its polls, not the lies that we are told everyday from pollsters who skew their polling samples, and from the MSM’s misleading, contrived narrative accounts of the polling numbers.

Executive Overview: Hillary Clinton Flash-Crash to 12% Favorable, Losing 19-77% Nationally
At this point Donald Trump has both momentum and enthusiasm. Distrust in the mainstream media is blunting the impact of the collective polling narrative. As Election Day approaches, Hillary Clinton’s favorable ratings have crashed to historic lows (12%) in non-partisans and Donald Trump is consolidating support (97% of LV Republican-identifying respondents are either enthusiastic or very enthusiastic about voting for Trump).
Among independents, Hillary voters who are exposed to any alternative media (73%) are aware of the WikiLeaks emails and find them either disturbing (54%) or deeply disturbing (18%). Among liberal-identifying whites, support is shifting from Hillary (-27 since October 1st) to Donald Trump (78%) or Jill Stein (21%).
For voters who solely consume mainstream media only 28% are aware of the WikiLeaks emails and of those, only 8% are aware of the content. For these voters Clinton leads Trump by +8.
Minority voters are less likely to consume alternative media (only 14%) and are less likely to be aware of the email leak (only 18% for males, 9% for females). Even with this group, enthusiasm is down 63 points compared to October 2008.
On other fronts, the counter-narrative [against Trump] is failing as well. Most heavy consumers of social media understand that the allegations against Donald Trump of sexual misconduct have largely been debunked (77%). We understand that communications strategies in that space have
been unable to reduce the impact of this messaging. Worse, among white males in telephone polling 93% of them either approve (72%) or strongly approve (21%) of Donald Trump’s hot-mic tape.
Only 39% of women approve of them however a majority (64%) say they ‘understand that confident men talk that way.’ In effect, these allegations have been diffused.
On a positive note, most respondents who were liberal-leaning (83%) or Independent (59%) were unaware of the messaging front concerning Bill Clinton’s sexual misconduct. While the vast majority (88%) were aware of consensual extra-marital relationships, the mainstream media approach to the stories has left only 8% of liberal-leaning voters and only 19% of independents aware of the allegationsof rape.
On a disturbing note, some 70% of Republican-leaning voters are aware bussed-in voting, false-face operations, and dead-man’s-party registration drives. This may necessitate severe strategy changes for November.

(1) Support for Hillary is “collapsing”:

(2) Support for Trump is surging (“momentum”), enthusiastic, and “virtually unstoppable”:

(3) The Alternative Media have come of age:

(4) Americans are catching on to the fake polls:

The BSG report says “The public has lost faith in polling” because:

“Poll-driven narratives have been pushed too far, alienating most of the voting population. The use of polls as a psychological weapon has also been noticed (especially on social media). As the poll-gap narrative becomes ever more extreme, obvious visible evidence (rally-size, yard-signs, bumper-stickers, memes / social-media posts) becomes more and more obviously contradictory. Attempts at shaming outspoken poll-deniers such as Bill Mitchell on Twitter have failed in 2016 where they succeeded (Dean Chambers) in 2012. We are in uncharted territory.

Even hooks into non-philosophically compromised pro-Republican polling outfits such as FOX, Rasmussen, and Gravis have not produced

In other words, the phony polls are not working because the American people are not stupid — we can see that the polling data contradict the HUGE turnouts for Trump rallies compared with Hillary’s anemic rallies.

The one thing about BSG’s Salvage Program report that had puzzled me when I first read it last night was the report’s last part on “Salvage Options” — BSG’s recommendation on how to “salvage” Hillary’s failing presidential campaign.

Not recommended are the following:

“For almost two decades the Department of Defense and NASA have coordinated on a black book project under the codename FIRESIGN.
FIRESIGN’s aim is to create a religious “awe effect” in enemy populations to create an instantaneous psychological soft-kill (abject submission). The operation uses high powered lasers to project real-seeming images on the sodium layer 100km above the surface. These images can cover hundreds or even thousands of square miles and can appear completely real, three dimensional, and can move.
These visual cues are augmented with pulsed ELF electromagnetic emissions (see: PROJECT SANGUINE) that attack the specific areas of the prefrontal cortex that are stimulated during religious experience. In limited tests, subjects have been able to be overwhelmed on both axis of vastness (an overwhelming of the subject’s frame of reference) and a powerful need-for-accommodation. The mix of these two will produce inaction, lack of focus on self or individual interaction, and gross transformations in mental equilibrium (a Road-to-Damascus Experience).”

There have been discussions in the Alternative Media about Project Blue Beam — a conspiracy theory by Quebecois journalist Serge Monast, which he published in his book Project Blue Beam (NASA). Monast claimed that NASA will attempt to implement a New World Order via a gigantic “space show” of a technologically-simulated Second Coming, wherein three-dimensional holographic laser projections will be beamed all over the planet to lead people to follow a false New Age religion with the Antichrist at its head. Monast died of a heart attack in 1996, which his believers suspect was an assassination.

I was puzzled by why the BSG report would recommend in effect Project Blue Beam, for if there’s a (simulated) ET invasion, wouldn’t that work to Trump’s advantage? In a crisis of that magnitude, why would Americans turn to a sickly old woman instead of a kick-ass alpha-male male?

The answer is in one of the BSG polling questions.

But another question listing different disasters got a lower percentage (17%) of “None” responses from “hard Trump supporters”.

Presented with four epic disasters, the percentages of “hard Trump supporters” who said the disaster would stop them from voting are:

In other words, “hard Trump supporters” are so determined to turn out to vote for him on election day that only an extreme event of an attack by extraterrestrials would stop 38% of them from voting.

That is why, based on its own polling findings, the Benenson Strategy Group’s Salvage Program made the recommendation that FIRESIGN — a simulated ET invasion — be used to salvage Hillary Clinton’s presidential campaign.

Is the BSG report genuine or a very skillfully put-together and professional-looking fake? You be the judge.

I do find it noteworthy that the BSG report’s poll findings are consistent with what was said in that memo to Patrick Murray, the director of Monmouth University’s Polling Institute. Alas, my post on that memo, “Leaked Monmouth U. polling memo: Democrats ‘despondent’; Hillary unpopular with Millennials & minorities, seen as a ‘lying harpy’,” as well as the original source — the memo on Scribd — are both scrubbed. I took down that post because I was threatened with a lawsuit to “Cease & Desist” by an email from Monmouth University’s attorney.