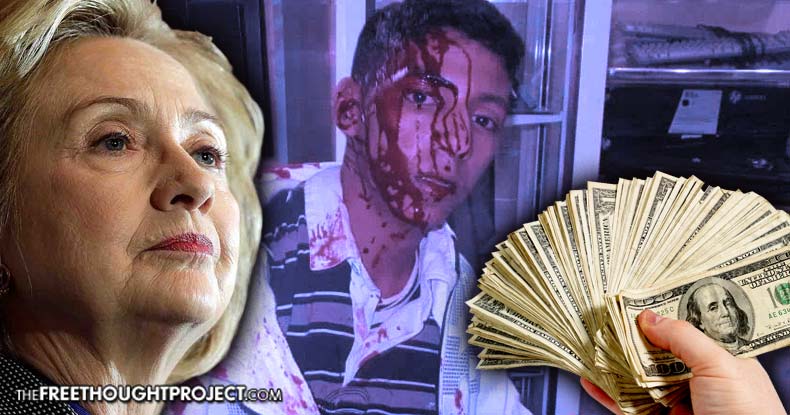 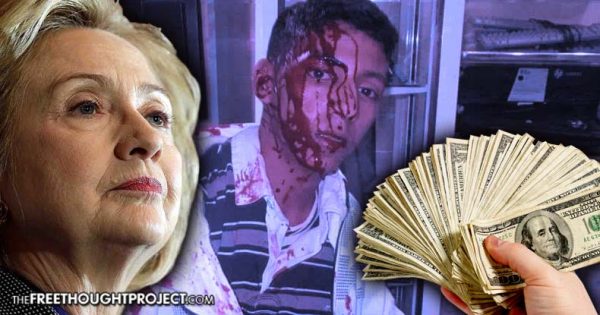 Washington, D.C. – Hidden within the cache of emails recently released by WikiLeaks is hard evidence of the pay-for-play operation of the Clinton Foundation.

Former U.S. Secretary of State Hillary Clinton, while operating as director of the Clinton Foundation, orchestrated a $12 million dollar donation to her charity from King Mohammed VI of Morocco in exchange for the North African nation being allowed to host an international meeting of the Clinton Global Initiative (CGI), according to an email released by WikiLeaks on Thursday.

According to a report from the Daily Caller:

The email from Huma Abedin, Clinton’s Deputy Chief of Staff at the State Department, was addressed to Podesta and campaign manager Robby Mook. Hillary Clinton was a director of the foundation at the time.

Singapore and Hong Kong officials reportedly were also vying to convene the CGI meeting in their countries, but the North African nation ultimately hosted it in a five-star hotel in Marrakesh, Morocco, in 2015. Abedin told Podesta and Mook that Morocco was not CGI’s “first choice.”

The actual meeting was paid for by OCP, the Moroccan-government-owned mining company that has been accused of serious human rights violations. Clinton vigorously supported the Moroccan King when she was Secretary of State and the U.S.-financed Export-Import Bank gave OCP a $92 million loan guarantee during her tenure as Secretary of State.

The mining company also contributed between $5 million to $10 million to the Clinton Foundation, according to the charity’s web site.

Morroco was so corrupt, they are considered, along with Tunisia, as the country which “sentences the most journalists to prison in the Arab world.” According to Human Rights Watch annual report 2016, Moroccan authorities restricted the rights to peaceful expression, association, and assembly through several laws.

The most damning email, sent by Abedin, clearly lays out how Hillary was the impetus behind the arrangement, noting that Clinton “created this mess and she knows it,” she wrote Podesta and Mook.

“This was HRC’s idea, our office approached the Moroccans and they 100 percent believe they are doing this at her request. The King has personally committed approx. $12 million both for the endowment and to support the meeting.”

HRC is an abbreviation for Hillary Rodham Clinton.

Abedin went on to note that Hillary’s attendance at the event was a precondition of the $12 million dollar donation. “Just to give you some context, the condition upon which the Moroccans agreed to host the meeting was her participation. If hrc was not part if it, meeting was a non-starter,” Abedin said.

Hillary eventually realized that that making a deal of this nature with a country accused by her own State Department of committing human rights violations could likely be used against her in her campaign for President, so she instead sent Bill and Chelsea Clinton while she continued to campaign.

Keep in mind that the deal with Morocco was struck even though the State Department — under Hillary Clinton — accused the country’s government of “arbitrary arrests and corruption,” according to Fox News.

Clinton “was seen by Rabat (Morocco’s capital) as among its most ardent supporters in the Obama administration,” Politico reported in 2015.

Polisaro claims to lead a Moroccan government-in-exile based in Tindouf, Algeria.

“They’re doing this because they know Hillary has some chances of being president of the United States. And they want her to support their brutal occupation of Western Sahara,” Beisat charged.

The Robert F. Kennedy Center for Justice charged OCP with “serious human rights violations,” including exploitation of workers by not “adequately compensating the impoverished people who live there.”

OCP is not the only mining company linked to human rights violations that has donated to the Clinton Foundation. The foundation accepted a $100 million pledge from Lukas Lundin, who owns mining and oil drilling operations in North Africa and in the Congo.

It seems clear that human rights mean nothing to Clinton – while money means everything. The fact that Hillary didn’t ultimately attend the conference means little, as the intent behind the deal is clear – consolidation of power and influence by any means necessary — even if that means supporting tyrants and human rights violators.