A Muslim migrant who was convicted of raping a child at an Austrian pool has had his sentence overturned: “He didn’t know the boy didn’t want to be raped.” Do you mean in Muslim countries little boys want to be raped?

These judges need their own children anally and brutally raped.

“‘He didn’t know the boy didn’t want to be raped’ court throws out migrant child sex charge,” By Indra Warnes, The Express, October 22, 2016:

AN IRAQI asylum seeker who confessed to raping a 10-year-old boy in a swimming pool, claiming it was a “sexual emergency”, has had his conviction overturned.’

In a truly shocking twist the Supreme Court decided the grown Iraqi man may not have realised the 10-year-old did not want to be sexually abused by him.

Amir A, 20, was visiting the Theresienbad pool in the Austrian capital of Vienna last Decemberas part of a trip to encourage integration.

When the youngster went to the showers, Amir A. allegedly followed him, pushed him into a toilet cubicle, and violently sexually assaulted him.Following the attack, the accused rapist returned to the pool and was practising on the diving board when police arrived, after the 10-year-old raised the alarm with the lifeguard.The child suffered severe anal injuries which had to be treated at a local children’s hospital, and is still plagued by serious post-traumatic stress disorder.In a police interview, Amir A. confessed to the crime; telling officers the incident had been “a sexual emergency”, as his wife had remained in Iraq and he “had not had sex in four months”. 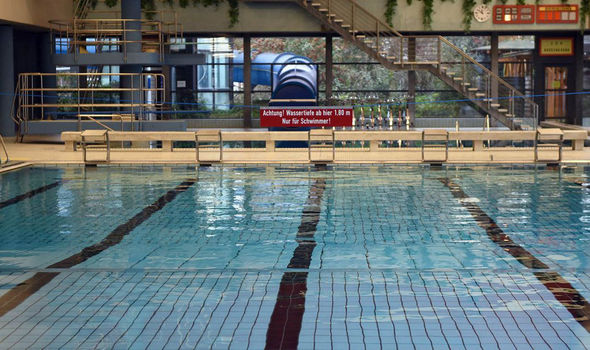 A court found Amir guilty of serious sexual assault and rape of a minor, and sentenced him to six years in jail.

However, in a bizarre twist, the Supreme Court yesterday overturned the conviction, accepting the defence lawyer’s claim that the original court had not done enough to ascertain whether or not the rapist realised the child was saying no.

According to the Supreme Court President Thomas Philipp, while the verdict was “watertight” with regard to the serious sexual assault of a minor, there was not enough evidence to support the second charge of rape.

The appeal court said the initial ruling should have dealt with whether the offender thought that the victim had agreed with the sexual act, or whether he had intended to act against his will.

The sentence was therefore lifted, although Amir is expected to remain in custody until the rape case returns to the regional court next year.